2020 note: The topic of spanking doesn't come up as often as it used to. That's good.

Why Does Everyone Pretend There's A 'Spanking Debate'?
By Lisa Belkin, Huffington Post, July 9, 2012


I spanked until Simon was 5 and Linnaea was 2. Spanking was all about my way and my frustration and my inability to seek out a different way. It was amazing when I stopped. It was hard not to turn to the quick solution that never solved anything and left everyone upset, me included, me, maybe the most. But it was amazing to have to expand into the vacuum left by not having that blunt tool in my toolbox. Both Simon and Linnaea grew to trust me. It took less time than I expected. They didn't want to think of me as a bad mom, it was easier to rewrite myself as a no-longer-hitting mom than I expected.
Schuyler Waynforth; part of a longer piece on learning to be calm, here
"Ren's right about the spanking. That's another argument I've never seen anybody win with unschoolers. But every time it comes up, it seems at least one family that isn't even involved in the argument ends up not spanking anymore. . . . . Because speaking of catching flies, that trap that's baited by someone else defending spanking their kids catches lurker-spankers, and a few children's lives are made way better as a side effect (and their children's too)."
Sandra Dodd, to the unschooling-dotcom list, February 2003

I am a reformed spanker, and reformed expecting immediate obedience from the children. Heck I don't even spank the dog! Since the very first when I started this list and reading, we have no more spanking, although a few times I threatened but I didn't carry it out because I knew I didn't want to spank them. Don't like it never did. Just didn't know another way. Now I do. Cool.

I'll admit it, we spanked. But with the thoughts and insights of the wonderful women on this list our home has been spank free. And I'll tell you, it's wonderful, to see joy, happiness, and love in my childrens eyes instead of fear, it's one of the best feelings in the world. (And to tell the truth, I hadn't even noticed the fear, until it was gone and I am sad that I was the one to put it there, but it is gone now and hopefully I will never have to see it again.)

Today the kids had an old Hanna-Barbera video of the creation story on. Jacob made a comment about Adam blaming Eve for his choice to eat the forbidden fruit. It was clear to Jacob that it was Adam's choice and he had no-one but himself to blame.

It hasn't been easy to change the way I parent and I have a long way to go and much to learn but today I could see that the kids are learning that with freedom of choice comes taking responsibility for your own decisions.

In all the years I spanked I wanted my kids to take responsibility for their actions and what I was doing, was making it impossible for them to do just that.

At first I felt like talking with them just wasn't enough, but I see now that it is because each time I respond calmly and encourage them to talk things through instead of spanking them, they have the freedom (because I'm not making them feel bad) to look at themselves and their actions and be responsible. It's awesome.

It reminds me of that John Holt quote about fear inhibiting learning. How can our kids learn about themselves and getting along with others if they are fearful of pain everytime they make a mistake? It's only when they have freedom to make mistakes that they learn. All I have to do is be there to guide and help and love.

It's so simple and uncomplicated. I just wish I had realized nine years ago. There wouldn't be so much to undo.

I usually just read everything and lurk in corners but I have to agree with the no spanking thread. Spanking is control, pure and simple. It's "I'm bigger and stronger than you and I can make you do whatever I want". If we hit an adult it's a punishable offense, people who beat animals are jailed, hitting a child is somehow excusable? I don't think so!

Hitting teaches the child that physical force is ok. How will you deal with your child when he hits another over a toy? YOU'VE taught him that behavior. How do you exlain to him that hitting is ok for you but if HE does it HE'LL get hit because it's unacceptable for him!

Everytime you resort to hitting you diminish the very essence of who your child is. Our children are not animals that need to be trained. Any parent who expects or demands complete obedience and uses spanking to attain that obedience needs to get a handle on their OWN emotions and feelings.

It is possible. To hit children is, in my opinion, a sign of a lack of imagination and not knowing what else to do.

To anyone who thinks that it's a good idea to punish their children... Please keep reading and keep learning here. There ARE other ways (gentler, more loving and actually KIND ways!) to raise a child. I know what I'm talking about, because I'm writing about it from the recovery side... I used to spank, punish, and degrade my children on occasion before I found these Unschooling.com message boards. (before I really UNDERSTOOD unschooling, and before I really did my own soul-searching, that is...)

I seriously thought that I was doing the "right" thing by the way I was parenting-- but I can tell you-- I wasn't being the parent I wanted to be (in my heart), and my kids were NOT turning out to be the kids I that had hoped they would be.

It started changing (for the good) when I changed ME and the way *I* thought.

Now, my kids are SUPER kids! Because I treat them respectfully and equally- they are learning to BE respectful and well-behaved. They weren't so much before. As I look back, I can see how miserable they were. And deep down- I was, too. My heart aches now because I hurt them. I thought I was doing it for their own good, and for the sake of other's around-- but you know what??? I was doing it because I didn't know any other way to "control" them. But now I KNOW (I KNOW- I KNOW- I KNOW- with every fiber of my being) that I was wrong. Very wrong.

Poohmom, 6/9/03
"He got a spanking every night for not coming home on time."
Would you want to go home to that, as a child? Would you grow up patient and calm? Do you know who that's about? He did cause some problems as an adult... Guess / Click
"Who would choose to parent in a manner that increases children's depression,
lowers their self-esteem, and makes them less likely to succeed in life?
The answer is anyone who disciplines their children with spanking."

More on Parenting for Unschoolers 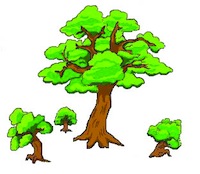