(some of it, anyway)

My birth name was Sandra Lynn Adams, but this is a page about before I was born.

Mary Lou Hathcock was my mom. Her mom was Annie Mae Houghton, who married Allen Sylvester Hathcock, at the age of 15, in Texas.

My granny, who was called "Mae," was one of two daughters of Wyman Houghton and his wife Lou. Her sister was "Pike," and never had children. (I think her name was Mary, but they always called her Pike, and she was married to a man named Oliver. They lived rurally near Cleburne. I was told these two stories: Oliver had once stolen a yacht; Pike had once had a home abortion, and had her period every two weeks for life, and never had a baby. They seemed nice, though, and happy. Pike made pies. They had a screen porch around two or three sides of their house, and the grounds were perfectly kept, by Uncle Oliver.)

Here are Wyman and Lou Houghton, in 1907, from a photo-booth post card: 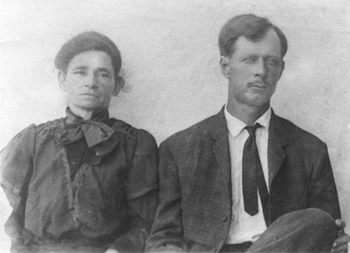 Wyman Houghton was from Michigan. He moved to Texas and married Lou, who already had five or six boys, I think, and then together they had two girls. (Maybe it was the other way around? Maybe the brothers were from a second marriage?)

There's a family tree I drew up for my son Kirby here, based partly on one my granny (Annie Mae Houghton) made for me (below). 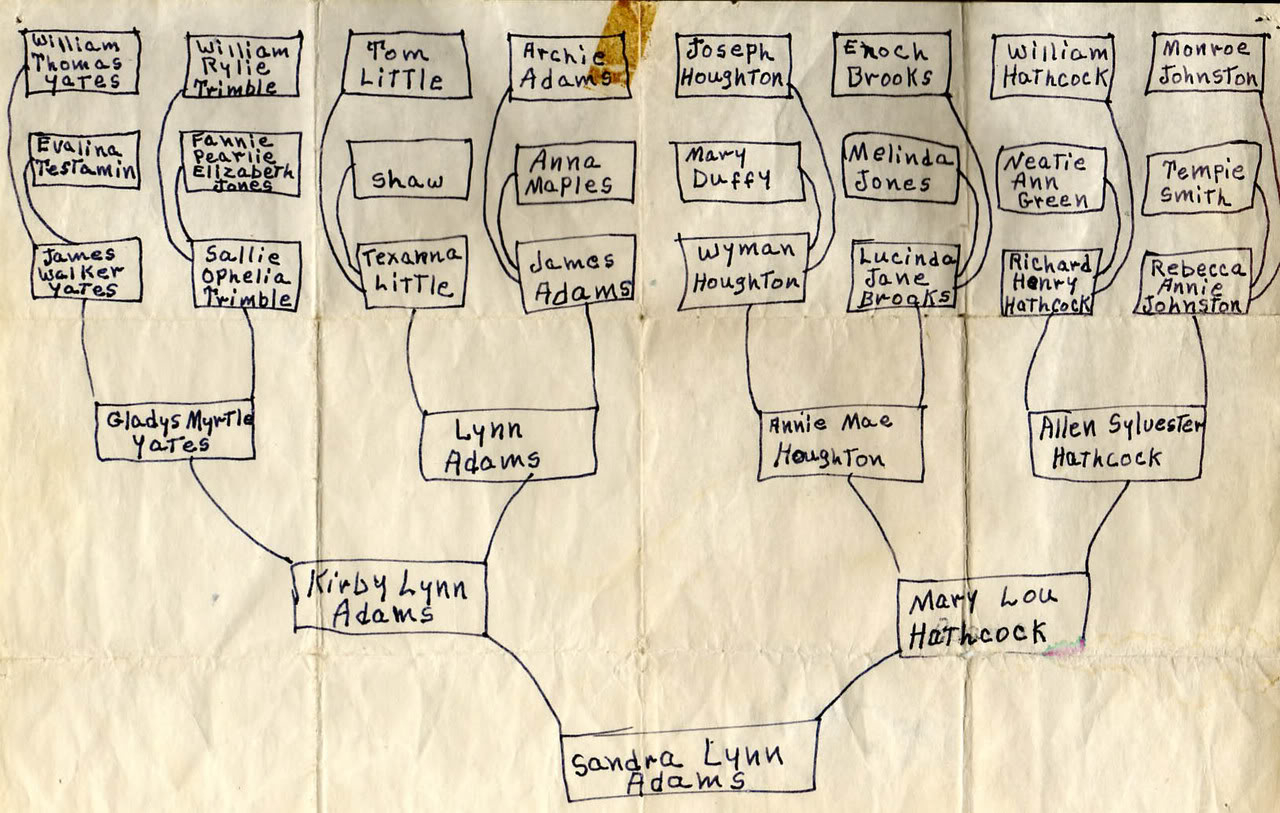