Honestly, I used to think it sounded like a very wise and balanced philosophy. Now, the more I think about it the less sense it makes.

I don't know how many of you have monothematic children. We've got one here at home and I was always told that I should break that habit, teach him how to broaden his horizons, be inclusive in his exchanges with people, so as not to tire the listener. He was about four years old and I was already getting advice such as "don't let him play with his legos for more than X hours a day" (he would do it for 7+ hours straight, no need to go to bathroom, no need to eat); when he was eight years old, people would tell me things like "you should only allow him to talk about Minecraft in the morning" (we're not even talking about limiting his gaming time). Now the topic is: cars. They've have made a comeback. When we lived in Lisbon, we would spend days at the auto repair shop at Voz do Operário, taking apart engines and driving buses, with Mr. Leonel. I wouldn't be able to count the hours that I've already spent trying to follow conversations about straight-four engines, car headlights, classic cars, car brands and I don't know what else I can't even memorize.

Even though I'm not interested in the topic, I've researched a lot to answer his need for knowledge about it. Enrolling him in ACP (Automóvel Clube de Portugal), technical books, museum visits, even if they're far from home — and I've got a few international visits lined up for when COVID allows us to travel again -- car races (his dad goes with him), kart driving, visiting specialized auto repair shops, buying old magazines related to the topic, buying car-building games. We also have a real-life car for him to take apart this summer. It's interesting to see how he moved from building legos, to minecraft, to his love for cars, there's this common thread, the same one that led him to take apart ballpoint pens and look into the kind of metal that the balls that name them are made of (tungsten carbide), long before he showed any interest in, with that same pen, copying any letter of the alphabet. I've seen how he talks to people who know a lot about the subject, asking relevant questions, making well-thought-out comments. His interest is so pure that at the age of 11, he was invited to work at an auto repair shop that only works with classic cars and access to the world of building and repairing competition karts.

The original was in Portuguese, and was translated by Marta Venturini Machado.
I loved the word "monothematic," which was used in the original, so Marta kept it.

Great moments from the 2010 Oscars

Best Animated Movie winner Pete Docter (Up) saying, "never did I dream making flip books out of my third grade math books would lead to this."

Best Musical Score winner Michael Giacchino (Up): "I was nine and I asked my dad, "Can I have your movie camera? That old, wind-up 8 millimeter camera that was in your drawer?" And he goes, "Sure, take it." And I took it and I started making movies with it and I started being as creative as I could, and never once in my life did my parents ever say, "What you're doing is a waste of time." Never. And I grew up, I had teachers, I had colleagues, I had people that I worked with all through my life who always told me what you're doing is not a waste of time. So that was normal to me that it was OK to do that. I know there are kids out there that don't have that support system so if you're out there and you're listening, listen to me: If you want to be creative, get out there and do it. It's not a waste of time. Do it. OK? Thank you. Thank you."

I think there might be something very special about the working culture over at Pixar, the kind of people they attract.

"If there’s no challenge there no point"

Richard Jennings was unschooled, in Alamogordo, New Mexico. He's grown now, in 2022, and is moving from amateur, regional Mixed Martial Arts to professional.

Here's the page in full at Caged Minds, and the video embedded from youtube:

Can one intense interest come to represent or lead to all others? A mom once complained that her son was interested in nothing but World War II. There are college professors and historians who are interested in nothing but World War II. It can become a life's work. But even a passing interest can touch just about everything—geography, politics, the history and current events of Europe and parts of the Pacific, social history of the 20th century in the United States, military technology, tactics, recruitment and propaganda, poster art/production/distribution, advances in communications, transport of troops and food and supplies, espionage, prejudices, interment camps, segregation, patriotism, music, uniforms, insignia, religion....

When someone really understands one war, he can easily understand another, because he will have all the framework and questions in his mind. When he understands how countries are born, invaded, and how a government can die out, he understands truths about all nations and civilizations.

The two paragraphs above are from Disposable Checklists, which is one of the essays in the book Moving a Puddle, by Sandra Dodd.

momentary obsession, or a lifetime of science

"How did I wind up as scientist? By all logic, I should start with Gilligan's Island, a sitcom that entranced me when I was an eight-year-old growing up in Brooklyn...." —Robert M. Sapolsky, professor of biological sciences at Sanford and of neurology at Stanford's School of Medicine read more

Jayne Coburn at the Barbie Convention

Jayn spent much of the time we were there exclaiming enthusiastically about the different dolls that she has only seen in pictures, pointing out the particularly rare, and noticing the varying condition of the really vintage dolls. She noticed the repaints and was able to tell me what the original character had been that had been done over. ... more, and a link to the Romeo and Juliet done by Jayn with Barbies and Ken... You just need to see that.

[Coming at some point: Kirby and Ninja Turtles
Roxana and musicals ]

Imagine how many other children's passions are squashed or dismissed or starved EVERY DAY. Imagine what ALL children could be if their parents fed their passions—no matter what! —Kelly Lovejoy Read More

Robin B, on Always Learning, about her daughter's focus:

Michelle is 14 now and has definite preferences of what she wants to do and think about. They don't always have much to do with things we did when she was younger. However, one constant for her has been a fascination with animals.

That early interest has evolved into a huge collection of stuffed animals, computer games (Zoo Tycoon, Impossible Creatures) clay sculpture of animals, horse riding, playing a hunter in World of Warcraft (because they have pets 🙂 ), reading novels that feature animals (Warriors, Guardians of Ga'hoole, Silverwing series), collecting Zoobooks, watching Animal Planet, and delving into anime and manga that have an animal focus, just to name a few.

She's learned to read, type, spell and punctuate correctly; to read maps; to sculpt beautifully; to add, subtract, figure out percentages and estimates; to appreciate music (the Broadway version of The Lion King's songs and the music written and performed expressly for games like WoW, for example); to learn some Japanese; and to host funshops at conferences, all as a result of that continuing interest. But it's not all in-depth or even about knowledge (though there's that, too). It's about what makes life fun and happy for her.

I'm glad I facilitated her love of animal stuff, because it's led her in so many directions, some of which I didn't expect. I could have tried to funnel her into being a vet or volunteering at shelters or a starting a dog-walking service. I see many parents trying to turn their child's passion into something "worthwhile." But, I think it would have limited her if I'd put her in a "this is what animal lovers do" box. She's taken it where she wanted it to go.

"I was amazed at how much of the world came to life when they were free, and encouraged, to immerse themselves in their deep, passionate interests. "
—from Unschooling Passions, by Pam Laricchia

Here are two of the graphics from that page which are inspiring and self-explanatory on their own (click to enlarge): 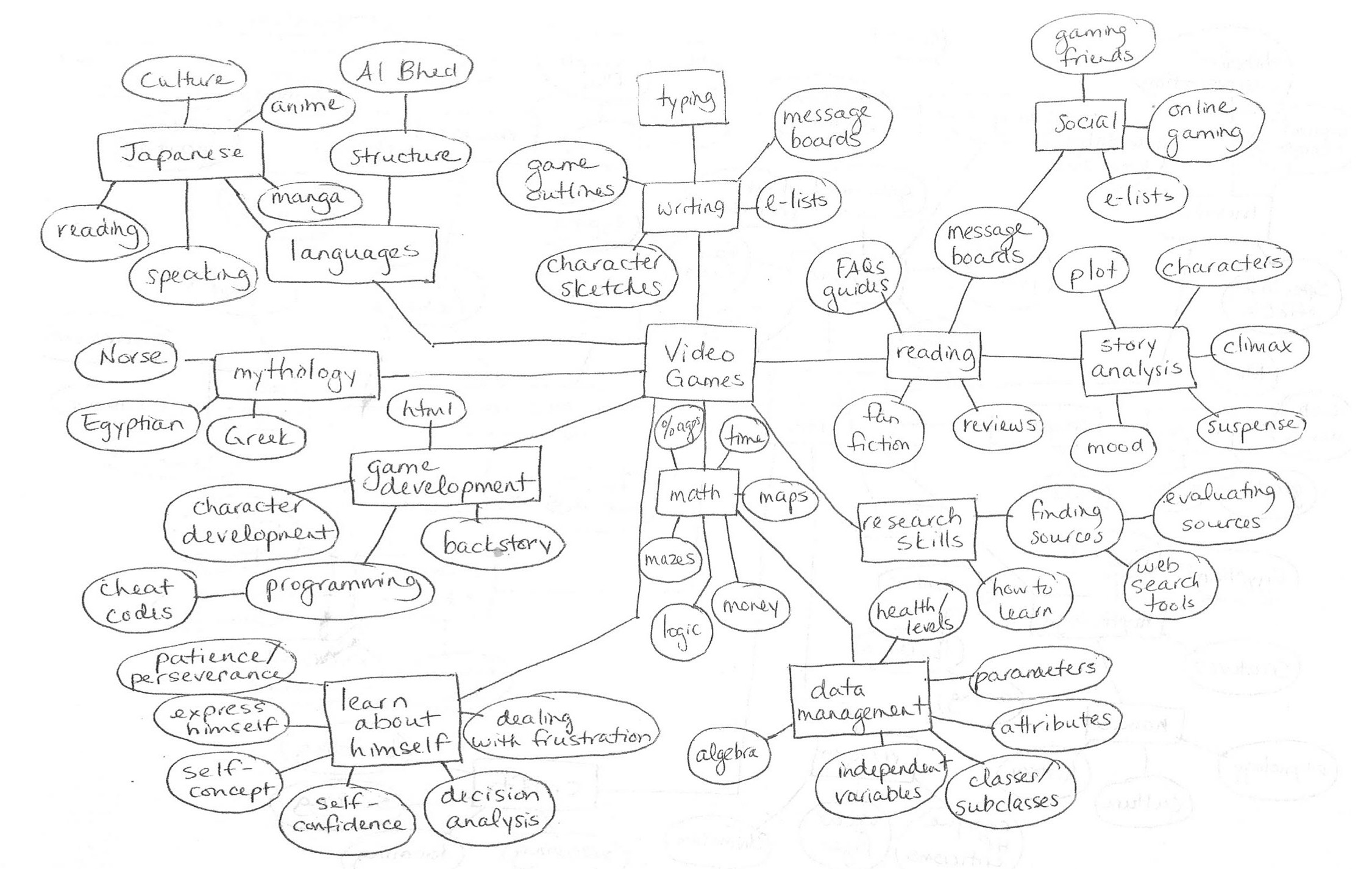 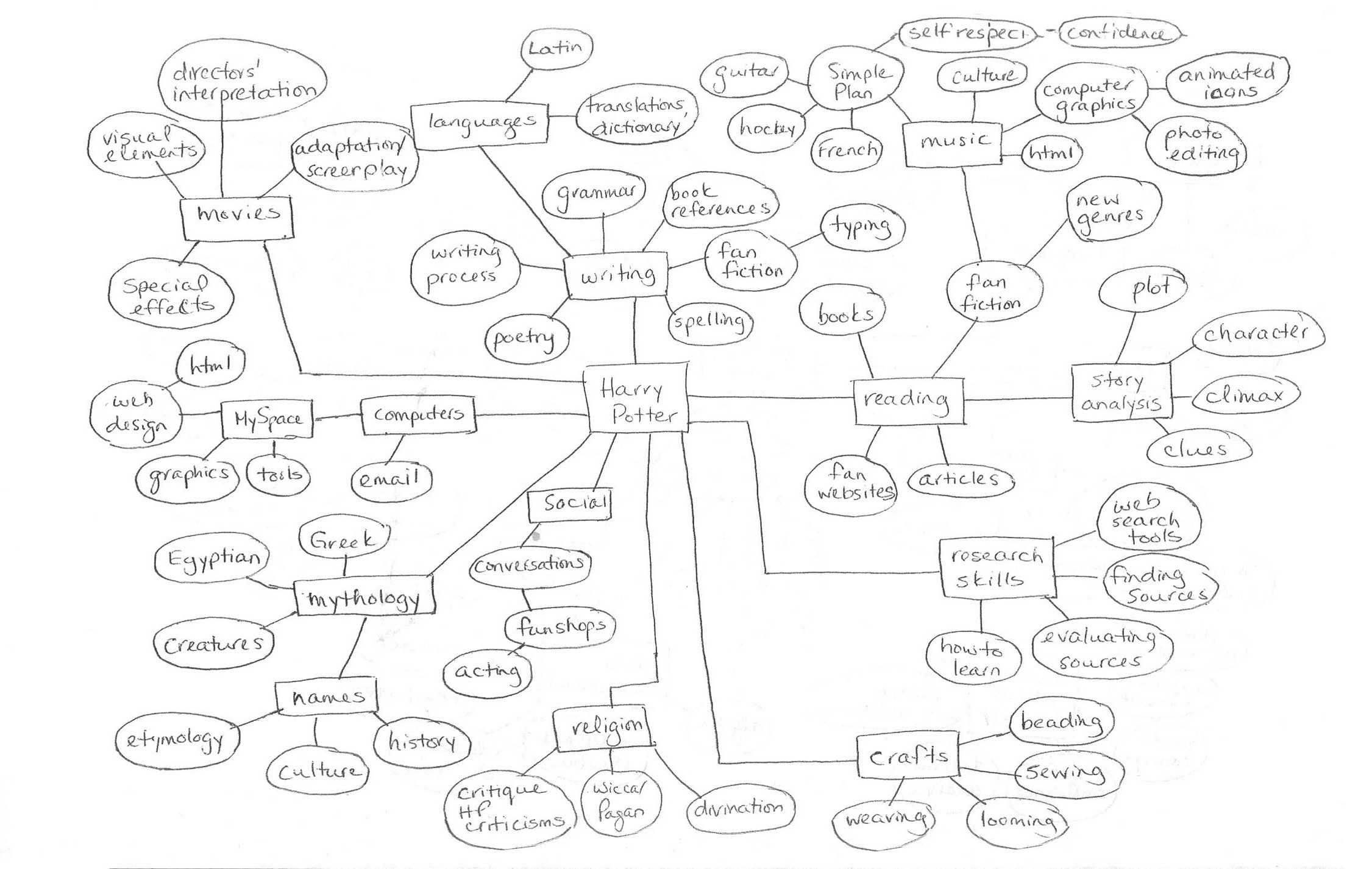 This image was going around Facebook in April 2011. I'll credit the creator of the image if anyone knows whose it was originally. The quote is from this interview: https://www.gameinformer.com/b/news/archive/2009/11/20/penn-jillette-is-tired-of-the-video-game-bulls.aspx 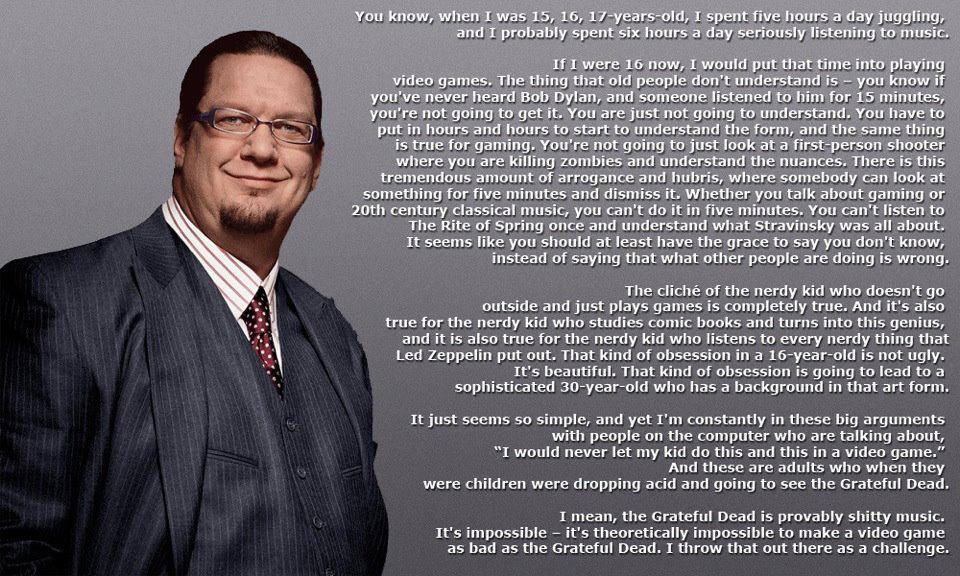 This writing below was is not by an unschooler, but was discovered and brought out by one:

I don't know how many of you had the opportunity to catch Nature last night on PBS, but it was all about Martin Nicholas, a wonkish water treatment engineer from the U.K. who is also, in his spare time, a respected amateur arachnologist — someone who studies spiders.

But he doesn't just study them. He loves them. The man is geeked on spiders. And I can't tell you how much I enjoyed watching him, on this program, as he traveled to the New World to hunt for spiders. He exuded visible, nearly palpable joy every time he found a different species in the wild. He made me love spiders, just seeing him.

Have you ever known someone with a magnificent obsession like this? I have. I used to know someone who loved to quilt as much as Martin Nicholas loves to find spiders. A late uncle of mine was fascinated by Native Americans, and spent many hours on his farm looking for arrowheads; he was fairly well read on the Native Americans who lived in our area, and I think if he'd lived long enough to get connected to the Internet he'd probably be on it all day doing research. A college friend of mine was a train buff who used to work on restoring old locomotive engines and had an encyclopedic knowledge of every train line that ever ran through the state. I work with someone who loves flowers, especially heirloom perennials, and travels around the countryside cutting slips from old rambler roses growing on old farmsteads and in cemeteries.

Every once in awhile I experience a brief magnificent obsession: English ivies, bread baking, embroidery, tomatoes, Civil War history...you name it. And even though most of these are short-lived, I've not regretted any of them. Like close but transient friendships, these fleeting spurts of concentrated attention have all helped me become who I am; they've added color and texture to my life. They've all been worth it.

Eric Liddell, the famous English runner of Chariots of Fire fame, said, "God made me fast for a reason. When I run, I can feel God's pleasure." I suspect that God feels pleasure when we take the same delight in the diversity and complexity and beauty of the world, or in the pursuit of a creative pastime, as God takes in God's creative, redeeming and sustaining work.

Love what you love with all your might. Because I think that's what God does.

Response posted:
how DANCE is educational 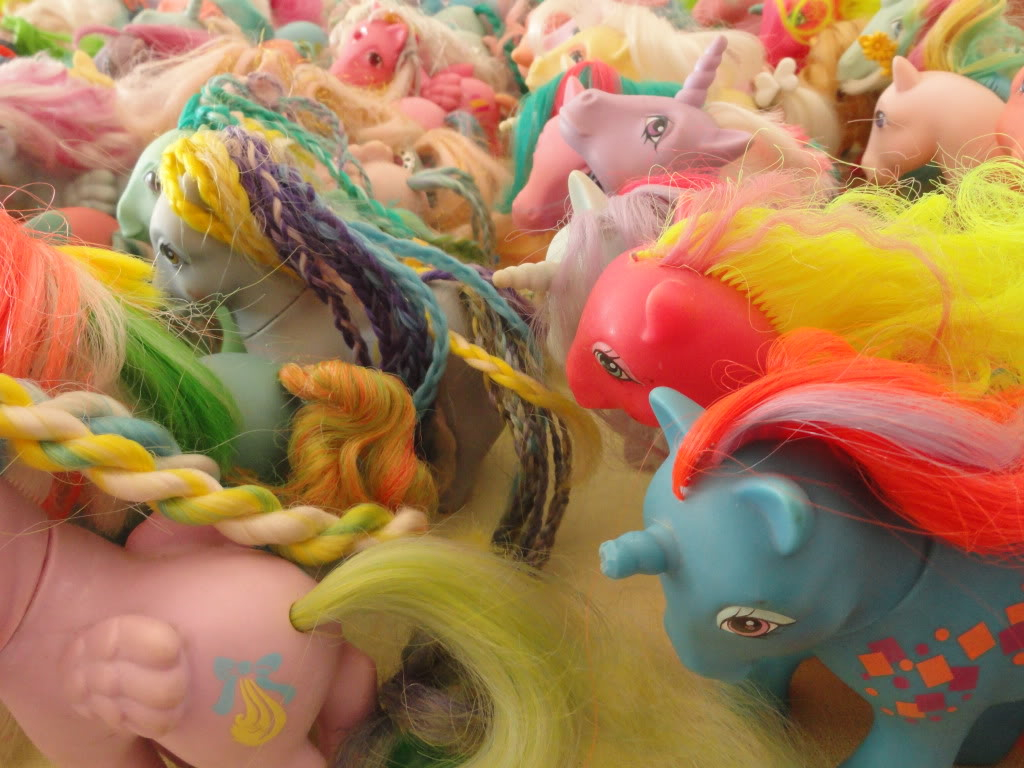 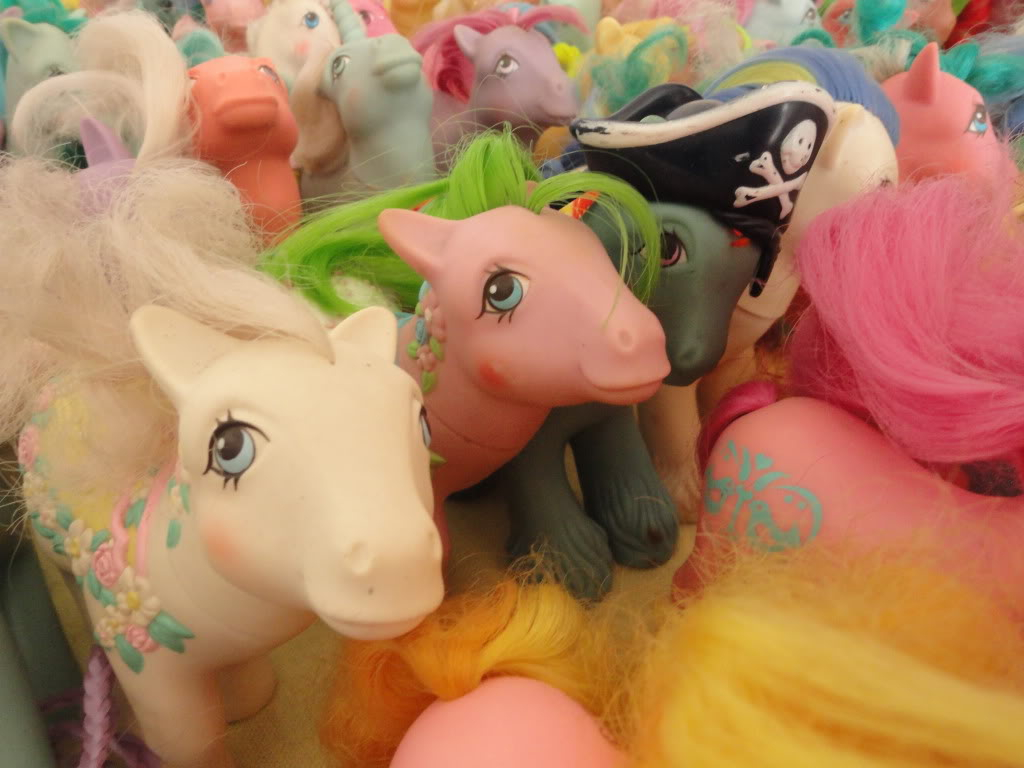 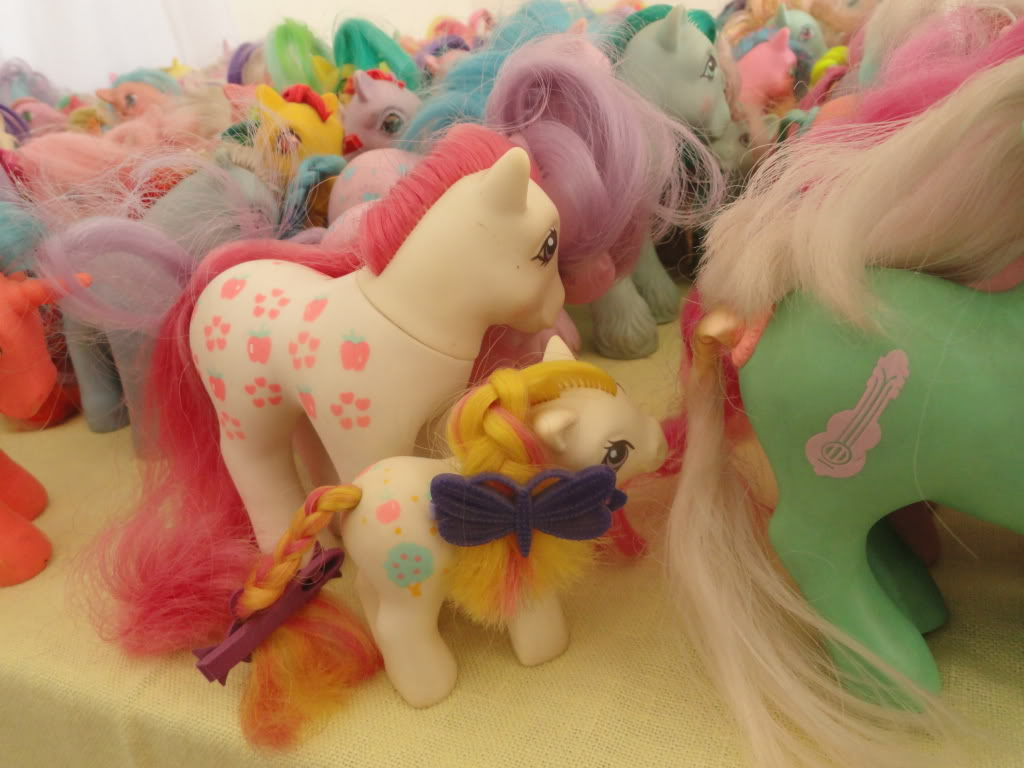 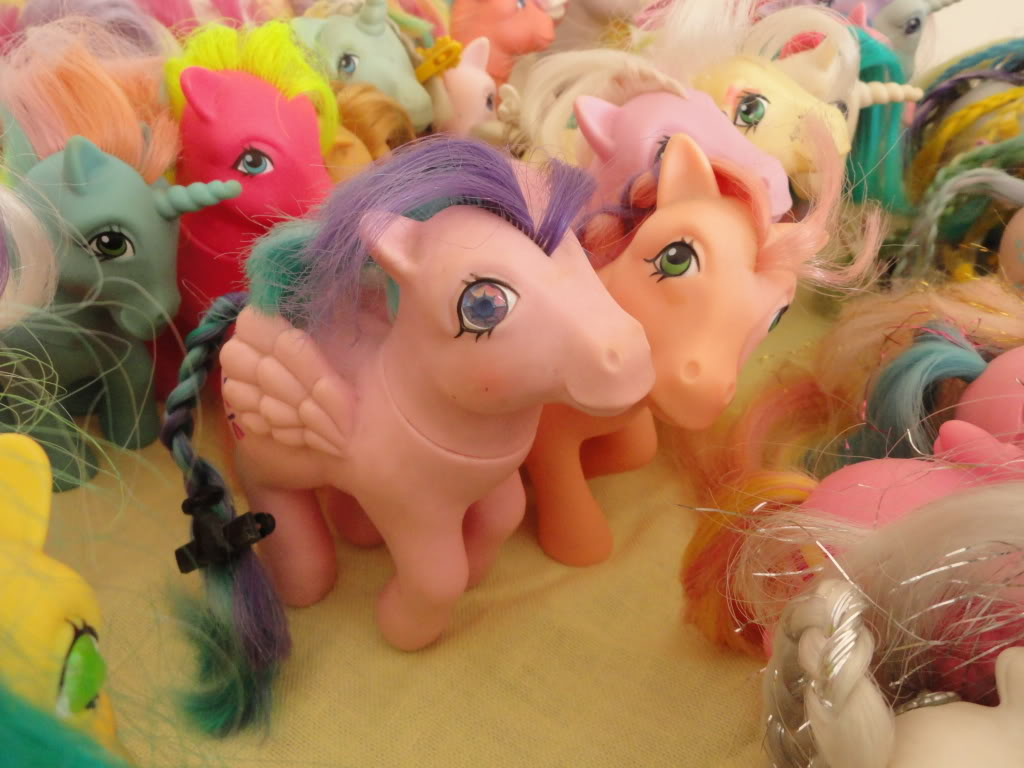 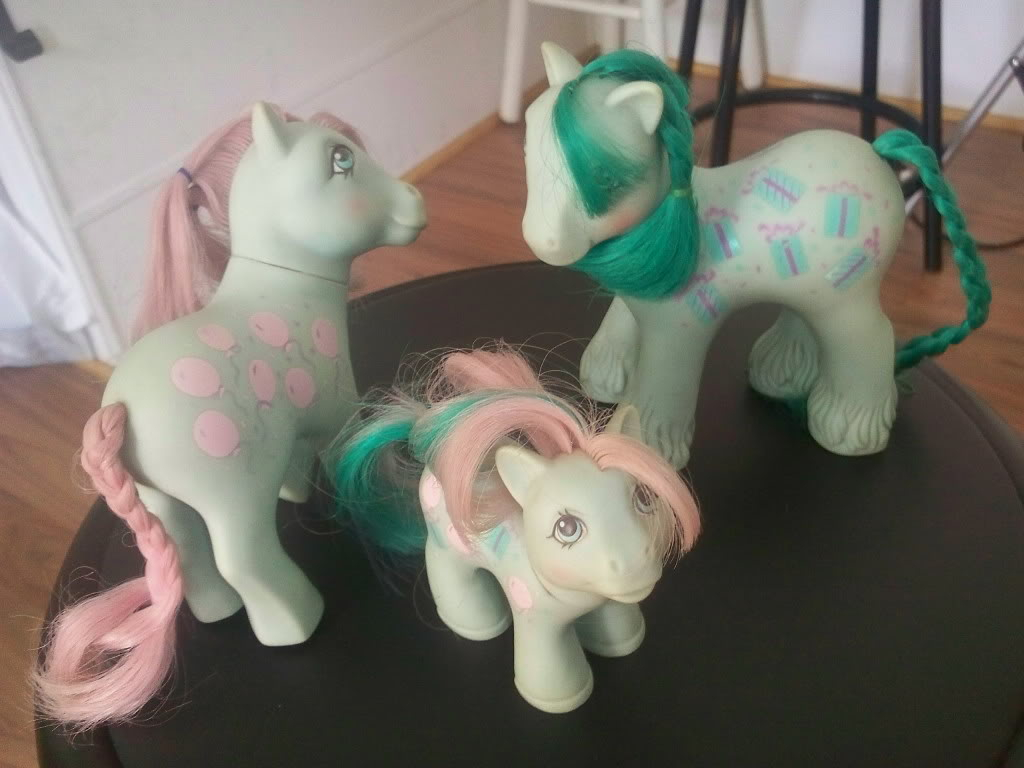 The color-changing title is by Holly Dodd, who did an array of other kinds of title art for other pages.