Don't read it all at once. This is an ever-growing collection, but reading doesn't do it.
Read a little; try a little; wait a while; watch. * 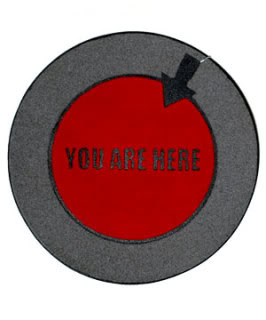 I gave myself six months. I promised myself that I would do absolutely nothing school-like for 6 months and see how it went. I figured 6 months in the grand scheme of things wouldn't screw anything up, if at the end of 6 months I felt like I had to go back to workbooks, then I could. But putting a time in my head helped me let go and not harp on those school things for that time period. The neat thing was, during that time I started to be able to see all the things my son was learning. I started to get what people meant when they said kids learn from everything. Every car ride we took where my son asked questions like who is the oldest living person and we discussed that topic, which morphed into other topics like people's life spans through time, and yet other topics .... It all made sense that this was learning.

I didn't even notice when the six-month mark passed, then the one year, then two. It all just fell into place. But when I was starting out, having that time frame in my head for me and me alone (I never told my son my time frame), really allowed myself to let go of it all because I knew that not doing anything for 6 months wouldn't hurt anything. Then by the time that 6 months was up my perspective had changed so much I wouldn't have ever thought of forcing a workbook or anything schoolish again. My head had been cleared during that time so I could see all the learning that was going on around me.

on the Radical Unschooling Info discussion, October 7, 2013
Rachel's description of this written 14 months later, in early 2015, is quoted lower on this page, too.

"Stop thinking schoolishly. Stop acting teacherishly. Stop talking about learning as though it's separate from life."
—Sandra Dodd
Nikki Zavitz' beautiful analogy of deschooling as exploring a dusty house, with unschooling as a lantern, quoted on Just Add Light and Stir in February 2020, and it links to that very spot in a video interview by Pam Laricchia (of Nikki Zavitz, who spoke the beautiful words). DESCHOOLING TIME

School schedules give the illusion that life should be divided into 50-minute increments. It's nonsense.

Be wary of scheduling and measuring, while deschooling.
More here

Deschooling for Parents, Sandra Dodd
"The more quickly you empty your cup and open yourself to new ideas uncritically, the sooner you will see natural learning blossom."

Deschooling, Amy Childs and others, fifteen minutes, fun and quick
Fifty more podcasts on various unschooling topics: Unschooling Support, on Apple podcasts
Karen James, 2015 list of things TO do and NOT to do while deschooling:

Seeing has more of this, by Zoe Thompson-Moore:

A key idea (not a rule) which has helped me as I've been deschooling and we've moved towards radical unschooling is Sandra's suggestion to be my child's partner, not their adversary. I think so far this has helped me avoid the worst pitfalls of blindly turning other ideas such as, find ways to say yes more, into hard and fast 'how to unschool' rules.... (more)

Transcript of chat: Deschooling discussion of pages 14-17 of The Big Book of Unschooling, September 14, 2011

Think of some specific things that changed in you, about you, when you were deschooling. Think of a time when you hit a snag, a lump, an un-deschooled part of you. What happened? What did you do?

AN ANTIQUE: The oldest transcript on deschooling anywhere, I'm sure. Detox Kirby was nine, so it was 1995, or early 1996 On Deschooling, by Robyn Coburn.

"Deschooling is not just the child recovering from school damage. It's also the parents exploring their own school and childhood damage and proactively changing their thinking until the paradigm shift happens." read more!

In January 2015, another account, from a slightly different perspective, of the story told at the top of his page:

I gave myself a mental time limit when I started (I did NOT share that limit with my son, it would have been counterproductive to do so). I stopped everything for 3 months completely (deschooling), I didn't try to strew or try to show him this or that. I just went about life. I made sure to do it during the school year (or it would have just felt like summer vacation time) and waited and watched. I figured if after 3 months I wasn't seeing what everyone said I should be seeing, i could go back to the curriculum. 3 months wasn't going to hurt anything in the long run. Somewhere along the way (not even sure when), I saw the connections being made, I saw my son enjoying learning on his own with no need for me to check his progress, and my view of what learning was shifted as well (this was the biggest change). 3 months turned into 6, then 12, and now we are going on 4 years. But I think having that mental time frame at first helped me personally because I knew if it all went horribly wrong I could easily move on to something else no harm no foul.

The key there though was keeping that time frame to myself completely. If my son knew there was a time frame, it would not have been natural to him. He had to feel like this was permanent for me to really see how he would do in the long run. It's like this, if you have a favorite soda and you think it will always be available to buy in the stores, you just buy a case at a time as you need it. But if you suddenly see a sign that says this soda will no longer be produced after 1 month, you will stock up and buy as much of that soda as you possibly can afford. It is not as natural of a buying method when you know it will be gone soon.

Good points about the non-commentary. Some unschooling parents talk too much to their children about unschooling. Just DO it, don't talk it. Be it.

DESCHOOLING by other authors

Deschooling by Pattie Donahue-Krueger
Excellent article which originally appeared in F.U.N. News in 1998

Deschooling ideas from Joyce Fetteroll (each is a link):

● "How do I stop wanting to see structured learning?"

● "My kids want to go back to the structured learning we used to do."

What is Deschooling?, on LivingJoyfully.ca

...the process takes a while. Not a few weeks or a couple months, but some real time. Long enough that when you're nearing the end, hopefully you've reached the point where you're not even looking for the "end" anymore. Why Deschooling?

You're feeling an incredible swirl of both excitement and trepidation: you've decided to try unschooling! You understand that you, and anyone else in your family who has been in school, will be deschooling for a while. What to do instead of school

Yet your thoughts may start to change—and it may take you by surprise.. . . When that happens, it's time for some more deschooling. Transitioning to Unschooling with Young Children

Unschooling FAQ, by Amy Bell
Short. I liked it even before I saw she quotes me!

Unschooling and deschooling, and changes..., by Sandy Lubert

"Deschooling specifically refers to that period of adjustment experienced by children removed from school settings. It also can include the process of deschooling parents; that is, the unlearning of concepts and beliefs about the nature and purpose of education. School based methods of instruction and thinking rarely translate directly into the homeschool, and where they are tried, often parents run into the same kinds of problems faced by teachers in schools! Children and parents need time to adjust to the new arrangement. Often this is best begun with a 'holiday' at home, a time to observe and record what naturally occurs in the child's life, and where additional resources are needed to introduce additional learning activities considered important and essential. It often takes many months, and sometimes even a year, for the process of deschooling to unfold. During this time it is a great idea to seek support from families who display a similar style of homeschooling to yourself."
—Beverley Paine, 1999


The best companion article for the one above is Disposable Checklists for Unschoolers.

Your House as a Museum

Related, though not such "how to": "The School in my Head"
More help for new unschoolers