When Moms use "We"

We just don't like the context of witches and sorcery and all . . . not putting down anyone who doesn't care, just our preference.

As unschooling continues to unfold, please consider the potential problems of "we" when written by the mom about the set of mom-and-children. How did "we" (your we) decide what you (as a collective group) liked? If you-the-mom made the unilateral decision, it will probably help your writing and your children's development if you say "I" when you mean "I."

It will be somewhere between hard and impossible for your children to know what their interests and preferences are if they feel part of a borg-like "we," when it comes to what's liked.

Someone wrote, about limiting television: "... but it's a choice we've made and live fine with."

What if your husband read some studies that reading caused blindness that you thought were bogus? What if he would only allow you to read for five minutes a day and only those things he preapproved? *He* would feel it was working and *he* would feel relieved that he didn't have to worry about you going blind from reading. But how would it feel to you?

"I personally prefer that my kids not watch tv for hours, so we set limits."

We set limits? Is it all of you? Do your children limit their television consumption along with you? If not, it is you who are setting limits.

(more is here, near the bottom) A mom came to a discussion and wrote, in the course of her question "We're in grade 2."

"One son," she replied, and went on to defend her position that he had few interests, and she was imposing limitions.

Speaking for a child, expecting a child to be a subset of a mom, seems to be just language, but it touches on psychology, philosophy, spirituality, health, respect, abundance and truth

If speaking for a dyad, or a family, or a group, let it be expansive and empowering, not belittling and limiting.

You had a tantrum, or he did?
Be careful with "we."
(I left out the middle part, about rules. Original is here.)

When parents use (or think) "we," they effectively deny that there exist multiple people with multiple experiences, thoughts and beliefs in the home. I think most of the time the use of "we" is meant to be a warm and inclusive sentiment, but it can be limiting and detrimental to cultivating and nurturing truly trusting relationships because there is often a catch--as long as "we" all agree, we're good. But, what happens, when one person in the relationship has a very different idea, and is aware that it goes against what "we" do or what "we" have agreed on? There needs to be room for more than one voice in a home, I think. Everyone needs to know they have a say and that their perspective will be considered sincerely. Only then there can be mutual trust, I believe.

People hide their feelings and behaviours when it make sense to them to do so usually. What about their secretive actions makes sense to them? If you can't possibly begin to understand, you might need to learn to think bigger--to see more than only your own point of view. The books folks shared are great places to start. Then pay attention to your kids.

Maybe they are looking for some more excitement. If so, can you find places that gives them that--zip lining, rock or ropes climbing, surfing, indoor sky diving? Can you help them organize get-togethers with friends their age at your house? Would they like to travel? Would they like to be in a play, learn a martial art, learn to weld? What are their interests, the experiences they are seeking, their hopes for themselves? Can you add to them?

When I was asking Karen if I could use what she had written above, she had another comment, which she's also let me share:

Something you might find interesting is that years ago, Joyce pointed out to me that I was using "we" in this way. I remember feeling sad, because I had meant it to be endearing. It was hard for me to accept that maybe it wasn't good. She was right though. I'm glad I took the time to consider and reflect on her comment. I'm grateful to her for her time and honesty.

Not only is it better for Ethan to not be burdened by my ideas of what he should be doing or thinking, it helped me free myself from some codependent tendencies. I think I needed the idea of "we" to feel complete, but once I let go of that, I realized I was whole on my own and stronger than I thought. SO much better for Ethan and Doug. Luckily Ethan was still young. 😊

I love Karen James' writing, and I have a collection of some of it here. 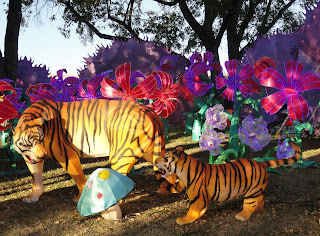 "Respect" is not a light thing. It's not easy to respect your child, when it's new to you. There will be people encouraging you to see your child as "just a kid," and "only a child." Think of adults you respect, and think of them as ten years old, four years old, two, newborn. They were those people from birth. There was a newborn Mohandas Gandhi; a four-year-old Abraham Lincoln; an eight-year-old Oprah Winfrey; a twelve-year-old Winston Churchill.

About "we" and about family meetings both:

On Always Learning, Feb 2004, someone asked (a few posts down there):

What are some of the offerings as consecquences I could make during the family meeting for hitting or when they get out 20 different toys and leave them in the "family area" where we are all suppossed to be able to live (he can get out and put up whatever he likes in his own room, etc.)

"Offerings of consequences" is gentle-babble for "punishments" and I don't think punishments are a good way to go.

"Hitting" would need more information to get better advice. Maybe others need to change their ways so he doesn't feel like hitting. Maybe he's little and needs help expressing himself.

If his things can't be in there, then he's just visiting.

We also try to be sensitive to the amount of stuff we put into the waste stream. We are great believers in small simple joys, like always having small games on hand to play when waiting for something, somewhere.

Please try to distinguish between the "we" that means "my husband and I" or "I" and the "we" that means your family. Your family is unlikely to have all the same sensitivities and beliefs, and it will make it more difficult for you to see and think about what you're doing (and to describe and share it with others on this list) if you're speaking for everyone as a group.
(original)

Precisely how to unschool