A beautiful story by Marina DeLuca-Howard on the reactions of people at the grocery store to her tall teenaged son's behavior toward her, and her ideas on what brought his respectful behavior about.

How to Raise a Respected Child, by Sandra Dodd

Some general thoughts on Respect by Robyn Coburn

Freedom/Choices/Empowerment/Respect
Intro by Sandra Dodd, with many people's writings.

Being your Child's Partner

The Value of Choices

How NOT to Screw up Your Kids by Lyle Perry 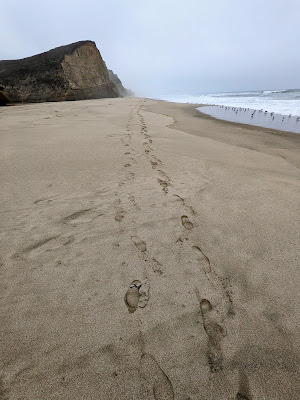 Photo (a link) by Karen James


Some natural limitations to "freedom", regarding ownership, territory, and other present realities
Considerations for Parents

Ideas on living by principles rather than by rules

When searching for something in The Big Book of Unschooling one day, I saw how many times the word "respect" is used, and thought I would bring some of those passages here, for those thinking about the term and the ideas it touches. [page numbers are old/new editions]

John Holt had no children so he himself wasn't an unschooler, but he inspired others to do things differently from school, to avoid testing and rote learning. He encouraged people to respect children and to give them a great range of experiences and opportunities. (page 33 / 36) I was determined to figure out how to explain it, but it's still not simple to describe or to accept, and I think it's because our culture is filled with rules, and has little respect for the idea of "principles." It seems moralistic or spiritual to talk about a person's principles, or sometimes people who don't see it that way will still fear it's about to get philosophical and beyond their interest or ability. (page 42 / 46) Some families operate as though from a script, by default. The parents deal with the children as though they are generic, interchangeable children, or bad children, or irritating strangers. The children deal with the parents as little as possible after a while, having given up on actually being heard or respected. (page 65 / 70) Respect and acceptance are more important than test scores and "performance." Understanding is more important than recitation. (page 72 / 79) Too often, parents expect too much of children this young. Try to respect their imaginary friends or their theories of how the world might work. Don't discourage their fantasies. (page 77 / 85) When an adult can take advice and assistance from a kid, or a teen can take advice from a young child, that's an all-new opportunity for humility, respect and courtesy, all three of which are lacking in many lives. .... Multi-player games provide opportunities to practice, improve and use one's interpersonal skills in many ways, with a chance to earn real-world respect and admiration. (page 155 / 173) The desire to control others kills. First it kills their respect for you, and then it kills the relationship, and it can in worst cases cause the actual death of the younger person. (page 170 / 193) There is research in pediatrics and in anthropology supporting the idea that children's choices should be respected. (page 171 / 195) I remember being told I should respect my mother because she gave me birth. The unhappier she was making my life, the less sense that made. When I learned more about where babies came from, the idea that I should be grateful made no sense at all. I started to understand that she resented my presence and wanted to get whatever work or praise out of me that she could.

Once upon a time on the unschooling discussion list, someone seemed unhappy with the way I used "mindful." For years, some of the regular writers here tried to find a good word for what we were trying to convey—a kind of mothering that involved making infinitesimal decisions all the time, day and night, and basing those decisions on our evolving beliefs about living respectfully with our children, and giving them room to make their own decisions of the moment. (page 199 / 231) "Respect" is not a light thing. It's not easy to respect your child, when it's new to you. There will be people encouraging you to see your child as "just a kid," and "only a child." Think of adults you respect, and think of them as ten years old, four years old, two, newborn. They were those people from birth. There was a newborn Mohandas Gandhi; a four-year-old Abraham Lincoln; an eight-year-old Oprah Winfrey, a twelve-year-old Winston Churchill. (page 202 / 234; quoted in full here: Chat on Respect) Remember that your children will also experience flow. If you interrupt them while they're playing Rock Band or drawing or spinning on a tire swing, you might be disturbing a profound experience. So interrupt gently, when you must. Treat them with the respect you would treat anyone who might be in the midst of a transcendental moment. (page 207 / 240) Responses to and respect for the input of toddlers improves the quality of input of those children when they're older. (page 223 / 259) Assuming the worst of children isn't in keeping with respecting and empowering them. (page 225 / 263) Holly is not an exception. LOTS of kids whose parents respect them and allow them to make choices make good choices! (page 241 / 281) I hope you find some unschoolers you can trust and respect to help you through the rough spots if you have any, and to share your joys and successes. I know that some of you will become trusted and respected helpers for future unschoolers. Thank you for the honesty and clarity you might bring to the lives of others now and in years to come. (page 242 / 282) For those who started a decade or so before the teen years, who conscientiously treated their children with respect and consideration, who gave them choices of all sizes and helped them figure out how to get along well and happily in the world, rebellion does not come. (page 255 / 296) Unschooled children are in the world from an early age. When they reach adulthood they have a carriage and calm that I believe came from having being respected as people for many years. It's hard to describe, but impossible to ignore. (page 264 / 305) Being a good parent makes a person more attractive to the other parent, and makes the other parent grateful and respectful. Gratitude and respect make it easier to have compassion and patience. (page 270 / 311)

When freedom and choices are given to children, they are given by a parent who has the power to withhold them. The parents are still the authorities and the responsible parties in the group. They don't need to abuse authority to prove they have it. They don't have to have a steep hierarchy; they can have a closer, cooperative hierarchy, but there is still a hierarchy. If parents earn their children's respect by being kind and helpful and truthful and protective, then there will be a natural hierarchical relationship, not something the parents claimed out of tradition or the air. (page 286 / 325)

Respect your kids. Too many adults DEMAND respect from kids without showing any respect in return. Doesn't work. —Lyle Perry (page 314 / 353) Unschooling works well when parents are interesting, positive, thoughtful, considerate, generous, passionate, honest, respectful individuals. —Deb Lewis (page 318 / 356) They're not embarrassed about their interests or hobbies, they're not afraid to wear used clothes, or to play with younger children, or to hang around with adults. Because they are respected, they are respectful. —Sandra Dodd (page 319 / 358) I was just reading the list over at Always Learning, and there was a discussion about TV-watching that I just loved reading, not just because it espouses the value of TV, but because the voices of the unschooling moms are so full of respect, love, and connection with their families. I often visit this list to read the voices of Sandra Dodd, Pam Sorooshian, Joyce Fetteroll, and others, because they inspire me and remind me about why we have chosen to unschool our kids. And they help me get better at it. (page 334 / 375) 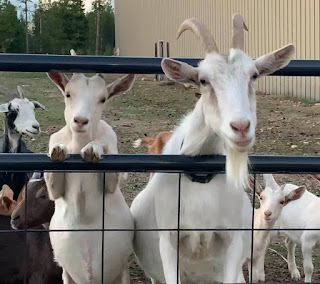 Photo (a link) by Cass Kotrba

The Big Book of Unschooling

Ideas on living by principles rather than by rules