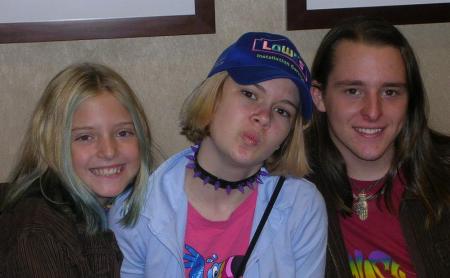 This isn't an exhaustive FAQ, it's a collection of bits and links to help parents of unschooled teens feel confident and calm about how kids interact with the world inside and outside their families.

I was a little nervous about what to expect when Ethan entered the teen years. My own teen years were kind of difficult. I have just loved being a part of Ethan's life at every stage of development, and this one is no exception. As we walked side by side at the art gallery the other day (him noticeably taller than me now!), I felt more than ever like I was with a good friend. Our interactions were comfortable and the conversation was interesting and thoughtful. I hope he felt that way too. I'm feeling more confident. It's like when he took his first steps. I knew that meant things were going to change, but I was excited to see where his next steps would lead.

"When I was ten, my mother told me that she was going to take me out of school. At the time, I was apalled. Now, I credit that moment as the biggest turning point of my life. Not because of what we did instead of going to school, but because of the power my mother gave to me when she showed me that she did not have to abide by anyone's standards - not when she knew she could do better. She gave me to myself, for ever."—Roya Sorooshian

Roya is one of those quoted in an April 2006 article here.
The quote above is lifted from something she posted on MySpace.
Dana, November 2005:

Just to let you all know there is an Ensign (junior officer for those who aren't familiar the terminology) on my husband's ship who was totally unschooled until she set the goal of becoming a naval officer. Even then when she chose to go to highschool for one year and on to college and naval academy it was still her choice to follow her dream and her parents just helped her to support her along the way.

She is an intelligent and sweet girl who has a whole amazing career in front of her because her parents supported who she wanted to be and stepped out of the way and let her go for it. So I do know of "one" person, and I am very encouraged by her success and hope that my children will feel free like she did to follow their dreams regardless of what those dreams may be. Success to me is measured by my happiness and satisfaction with my life and the relationships within it as well. I hope my children will feel the same. 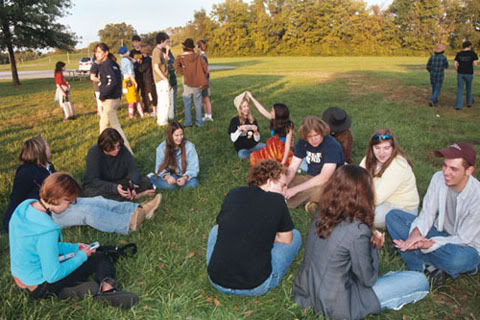 Geri Weis-Corbley took this photo. It's one of Holly's favorites. Holly notes that for a photo with that many people in it, it's remarkable that no one is looking at the camera.

Below is a 2006 photo by Gail Higgins, of kids at the dance at the Live and Learn Unschooling Conference, held in Albuquerque that year. 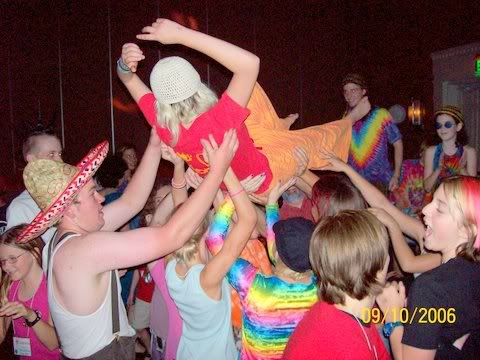 "I'm not good at anything"

Understanding angst: encouragement for the mother of a fifteen year old.

"How will they function?"

How will they know how to write essays in college classes? Cool stories of success at writing without formal training.

Will they get JOBS!?

How are they as people?

Problems some unschooled teens have had with tests 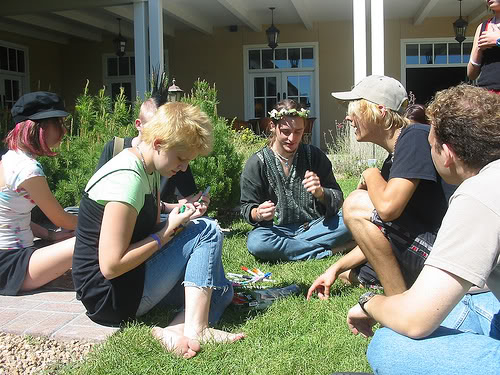 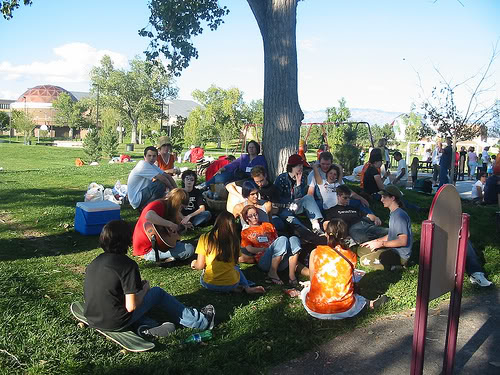 Maybe not unschooled, but a good story either way: The saga of Benjamin, the backwoods, homeschool boy who wanted to get a job

Not having a high school diploma didn't keep my always unschooled daughter out of college, AND she got her first paid job BECAUSE she was unschooled - her dance studio needed someone to cover the afternoon classes of a teacher going on maternity leave, none of the regular teachers were available for that time and the older assistants were in school. She's been employed by them ever since.

It's an interesting twist. 🙂

Marty has worked "during school hours" since he turned fifteen, and was offered a fulltime job just before turning 17. None of this keeps him from learning, from doing lots of things with other people, nor will it keep him from the option of college. He's working 6:30a.m. to 3:00 M-F. Kinda like school hours, for the first time in his life.


more on college and jobs

Christy, in Alberta, writes about her own learning and has advice for parents of new homeschoolers.

"Freedom for self-direction"
Wes Beach runs used to run a distance (or in person) program for teens who want help with a resume or a high school diploma or academic advisement and ideas. Here's a link to his farewell and notes to get some info, or his book..

Ideas about college, and obscure information such as Western States Undergraduate Exchange.

More on Unschoolers and College


More on this site about TEENS