First, the recipe just as it is in my notes:

Since then I've made those many times, and my own current recipe adds cloves of garlic, and small whole onions, if those are handy. They're prettier.

If I use a gallon, I put in 1/4 cup of sugar. One tablespoon per quart.

I put the beets in, and some vinegar, so that when the eggs go in they go gently. Cloves and garlic, I put in the top. Then fill it up with vinegar—just room temperature vinegar.

Because the eggs are already edible, they can be eaten soon—in an hour or two—or weeks later. For safety, refrigerate them. They're good for camping, but keep them in a cool place (and maybe a cooler, if people don't eat them the first day or two).

The eggs are pretty sliced, in the first few days, when the slices will be rings of pink, white, yellow. When they've been in a long while, it will be dark pink and yellow.

One time in 2007, I made them in a gallon jar, and nearly magically, the garlic floated up top and was all striped with three colors. I've hoped for that to happen subsequently, but it hasn't. It was beautiful. 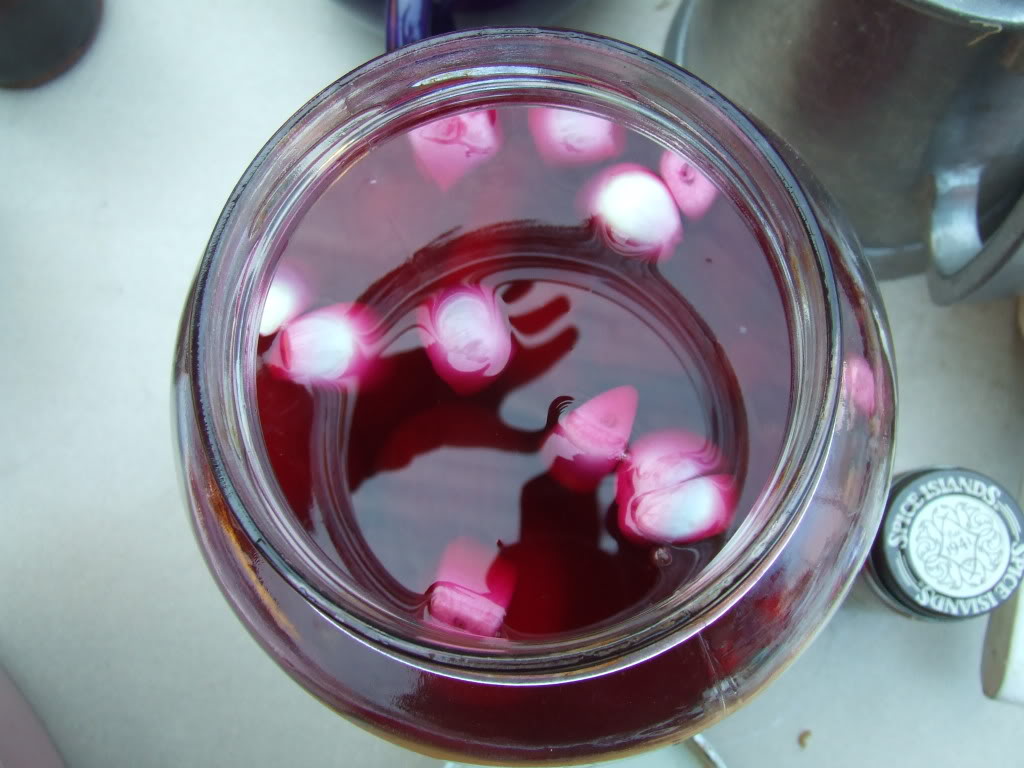 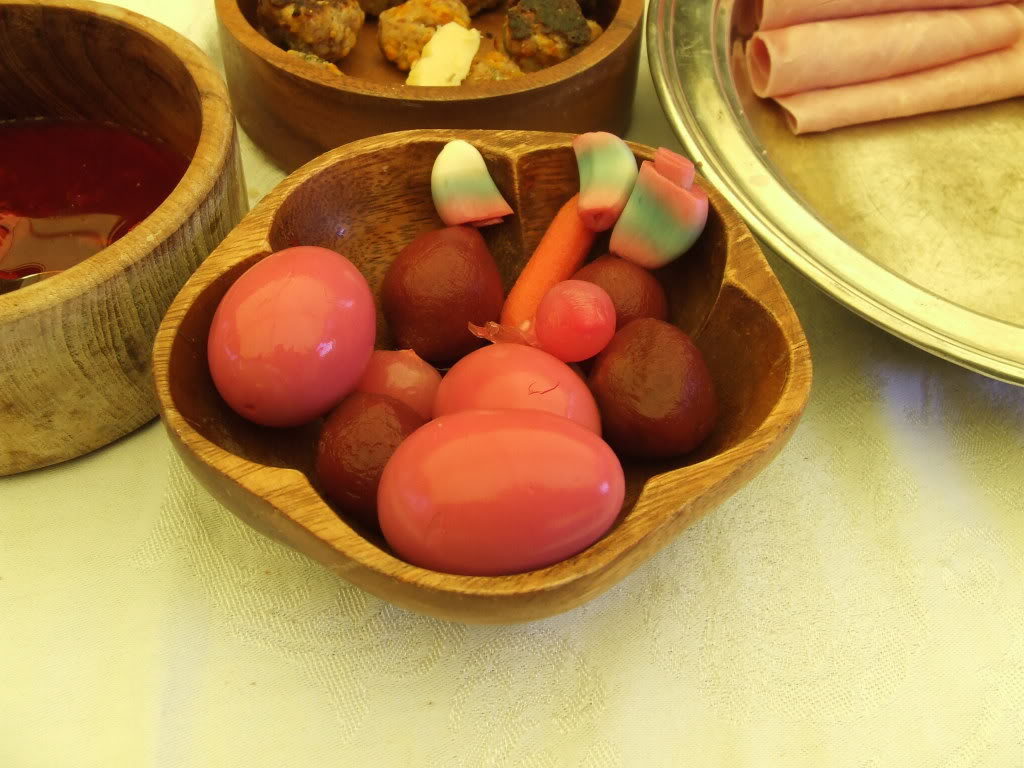 recipes on my site