and ways to consider them

From what i know exposure to violence is not beneficial for a healthy brain development for a multitude of reasons.

What does "exposure to violence" mean? Hitting children? Yelling? Insulting them? To my daughter, when she was little, movies and shows that depicted those things were the standard of "violence". Not pretend killing, or special effects gore, but the kind of drama that suggested real emotional conflict. The same child who happily watched Kill Bill and CSI was horrified by the bank scene in Mary Poppins and had to walk away from Bridge to Terebithia.

But here's the thing—she Had the Option to Say No. She knew she could say "I don't want to see this" without giving up a privilege. There would be other movies. There could be one right now, in the next room, if she wanted, or tomorrow. Or both. She didn't watch Kill Bill, for instance, because it was the only option available—the only way to spend time with a parent, the only way to "get" her "turn" at the tv. She wandered into the room while the teenager was watching it and decided it looked like fun.

That's one of the dark sides of looking too hard at what you, the adult, think about content rather than at what your child wants and thinks and feels—you inadvertently set up a system where you're imposing content regardless of your child's feelings, where feelings about content become secondary. Instead of protecting your child, you end up limiting her ability to make decisions based on her own values and needs.

Emily Ferguson, in response to a question about what "permissiveness" is:

Permissiveness isn't about how much you say yes. It's about what you do after you've said no. If you've said no jumping on grandma's couch out of respect for her stuff, and then you stand there and watch your child jump on the couch, you're permissive.

If you've said your child can jump on your own couch, and someone comes to your house and thinks jumping on the couch is entirely unacceptable, it doesn't make you permissive. Better than saying no jumping on grandma's couch would be if you can take your visit to the park or at least in the yard where your child can run off that energy without doing anything damaging.

That's a big part of the way unschooling looks in our family - and he knows that. And it's not just about ice cream, even though that's how we happen to refer to the idea.

Our son knows that if he wants something, his Dad and I will do our best to make it happen. He knows he doesn't have to second-guess himself before expressing what he wants - and he knows that he doesn't need to feel guilty or ashamed for thinking "ice cream (or anything else) sounds really good right now" and saying it. He knows that his desires won't be judged and he won't be told "it's too cold" or "you just did that yesterday" or "don't you have enough of that already" or any other such thing - whether his desire is for a particular food, or more time with a video game, or another drive out to the beach, etc.

And he has seen that at work with our whole family - if his Dad wants a coffee from Dunkin Donuts or I'm in the mood to take a walk around a particular park, or whatever is striking someone as good or wanted or fun - we try to make it happen if we can, and whenever we can.

Sometime we truly can't (for example, make it out to Utah in time to see the Golden Eagle that someone else just photographed) - or sometimes we need to wait for better timing or more money or better weather or such to get a particular something Done.

But whenever we can, to the extent we can, we do it. Because if we really do only live once, we'll all be quite pleased for knowing that we did what we could to be happy and to help each other be happy for the time we had together. The Ice Cream Principle. If I ever wrote a book about unschooling, that's totally what I'd call it

I would buy that book in a heartbeat. —Sandra 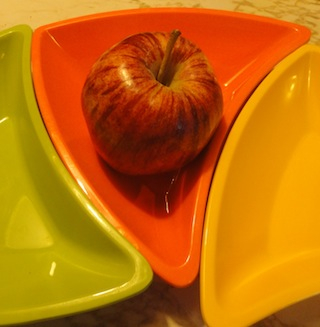 Because of La Leche League and natural weaning, and the idea that children will reach for food when they want some, so you don't have to schedule and spoon it into them, it was easy for me to see the smallest seedling-root beginnings of how our culture creates the eating disorders they bemoan. Letting kids decide what THEY think is good and bad, instead of labelling things good and bad in advance for them, allows a child to think spinach is wonderful but donuts are kinda yucky.

Food is for health and sustenance. Eating with other people can be a social situation, ranging (on the good end) from ceremonial to obligatory to courtesy. There's no sense making it hostile or punitive.

Where is the Edge of Unschooling?