Once upon a time on the unschooling discussion list, someone seemed unhappy with the way I used "mindful." For years, some of the regular writers here tried to find a good word for what we were trying to convey—a kind of parenting that involved making infinitesimal decisions all the time, day and night, and basing those decisions on our evolving beliefs about living respectfully with our children, and giving THEM room to make their own decisions of the moment.

We finally settled on "mindful," in the sense of being fully in the moment. Though "mindfulness" is used as a term in western Buddhism, the word they chose when they were translating from Japanese, Chinese, Sanskrit, Vietnamese and whatever all hodgepodge of ideas were eventually described in English, "mindfulness," is an English word over 800 years old. It's a simple English compound, and has to do with the state of one's mind while performing an action. It creates a state of "if/then" in one. And IF a parent intends to be a good unschooling parent, a generous freedom-nurturing parent, a parent providing a peaceful nest, a parent wanting to be her child's partner, then the best way she can live in that goal and come ever closer to her ideals is to make all her decisions in that light. The more mindful she is of where she intends to go, the easier her decisions are.

When you come to an intersection, how do you decide which way to go? It helps, before operating a motor vehicle with all its attendant expenses and inherent dangers, to know where you want to go. When you DO have a destination, then each intersection has some wrong ways, and some better and worse ways. It's the same with unschooling. If that's where you're headed, there are some wrong ways you can avoid simply by being mindful of your intent. 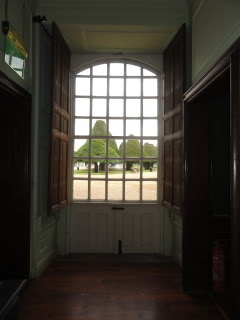 Just breathe.
Don't waste a moment of enjoying who they are by worrying about who they might become.

But all that frustration squirts out and oozes into the atmosphere, so if people here can help you see clearer ways to look at the same old everyday stuff, maybe your frustration level will be way lower!

I like being asked to rethink what I thought because too many times it seems like I only think of one or two ideas, then when I rethink it, I find those are just a few options and for some reason the others didn't even seem like options. I'm still wondering why that is. It seems to be a conditioned response, but it's hard to uncondition yourself when you don't even know how you are limited...

I had the feeling you were trying to find ways to justify and protect your negative attitudes instead of ways to let them go. I could be entirely wrong. It's a longstanding motherly tradition for moms to heave a great sigh about *how HARD* it is to be a mom, and *how DIFFICULT* children are, and then for all the other moms to mutter on about how they understand and how entirely correct the sigh-heaving mom is.

Hop out into the happy light!


Karen James wrote this in response the first quote here:

I have a question though - I sometimes find maintaining a good connection (with both kids - 7 and 1) quite exhausting. I'll have a really good day then I find myself wanting to zone out and play on my phone the next day. Does it get easier or do people find ways to manage this?

Maybe look away from feeling exhausted. Think of other, more positive ways to see how you're feeling. Try to find ways to think about how you feel that celebrate what you've accomplished instead of focus on how you've been depleted. That will make the next moment easier—maybe even something to look forward to, instead of something to be weary of.

A few weeks ago my husband, son and myself went for a bit of a hike. My son wanted to climb a big, steep hill that overlooked the ocean and had rocks at the top that he could climb and sit on. I looked up that hill and thought "Oh crikey! That's a steep hill." (I'm not in as good a shape I used to be.) But I could see that Ethan really wanted to climb it, and he really wanted us to join him, so I smiled and said "Let's go!" He's thirteen. I don't know how many more years I'll be invited (or have) to join him on his adventures. I choose to relish them now, while I still have the health and the opportunity to do so.

Ethan ran ahead, excited. My husband followed closer behind him. I took a deep breath and began walking too. Instead of looking all the way up the top of the hill, I looked at the ground as I climbed. I looked right and left and relished in the little details I found. Seeing the ground move steadily beneath my feet was encouraging, and made the climb seem not so steep. With every bit of progress I made, I thought "I'm doing it!" Even when my breathing was getting laboured and my steps were getting closer together, instead of thinking about how exhausted I was feeling, I thought about how good I was doing, and I how much I looked forward to seeing Ethan's excitement (and the view, of course) at the top.

I've climbed big hills (physically and metaphorically) like this for a couple of decades now. I don't look up and think "That's going to be exhausting." I look up to get a sense of where I want to go. Then I start walking. As I walk, I listen to my breathing. I watch my progress. I notice the beautiful details along the way. I look up every once in a while to celebrate how far I've come. I haven't made it to the top of every hill I've wanted to climb, but I don't let that negatively influence my next attempt.

It might not seem like it now, but those early years pass fast. I love all the happy memories I've made with Ethan these past 13 years. As he's growing more and more into his own interests, I can see the little boy he once was twirling on trampoline for the twentieth or more time saying "Watch me now!" landing with pride every time. I can hear the breathless laughs of a child who rooted for the hundredth time for Tom the cat to catch that too-clever mouse Jerry. I know the brave spirit of that little person exploring the dark night and caves of Minecraft. I was there for all of it and more. Thousands of hours of dedicated focus. I don't regret a single moment. If anything, I wish I'd given more. I still have time, thankfully.

It did take a lot of my time, attention and energy, and there were times when I was really, really tired at the end of the day, and mornings when I was slow to want to embrace the day. But I see all that time and energy and attention as an investment—in my son, and in my own future. If I get to grow old, I hope these are some of the moments that bring colour to my winters.

Balancing in the Middle Ground

An outside link from a Catholic perspective, quoting Joyce: