For years (and for much of the writing below) Karen James lived with her husband and son in the middle of New York State. In late May, 2015, they moved to California, south of San Francisco. 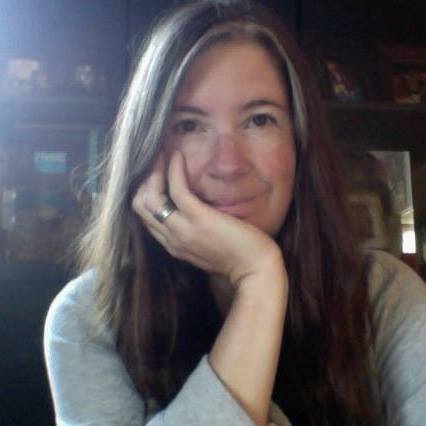 Karen paints, takes beautiful photos, she cooks, and (when we're lucky) writes about unschooling on Always Learning, on facebook and maybe elsewhere. I'm collecting some of the writing.

About balance, beautiful: Balance The moment motherhood lit up (below, but click for a quick transfer) "Unschooling is about living in the abundance of possibilities, not in fear of somehow not fitting the mold. It's been remarkable to me to see where natural learning can take a person. For me, after ten years of unschooling our son, it has become a kind of celebration of human potential."
—Karen James, abundance
From a longer bit on trust, in October 2017:

"Trust in unschooling will deepen and grow as one gains understanding and experience."
The beautiful full original is here: Trust

The more I live this unschooling life with my son, the more I realize what was taken from me as a child and young adult. I don't mean that in an I feel sorry for myself kind of way, just in an I can finally be myself kind of way. Seeing and feeling that change in myself helps me look more directly at my son. And, what I see inspires me. I am inspired by Ethan's potential, interests and sweetness. I'm excited about uncovering mine again.

Original, in a comment at Just Add Light
Some later follow-up writing
When a mother uses "we," it can be a problem. By Karen, 2019, at When Moms use "We" In January 2016, Karen wrote:

Because of unschooling, my son gets to follow almost anything that captures his imagination, unburdened by what others think he should know or not know, motivated to learn wholly by his own innate curiosity.

Because of unschooling, I get to hold my thirteen year old son's hand as we walk down the sidewalk because he's placed his hand in mine, unconcerned about what others might think of him. I get to watch my husband and my son hold hands too, and that's a beautiful thing to me.

Because of unschooling, my son gets to choose what he wants to eat from a wide selection of available foods. He can cook it himself, if and when he wants to. He can eat when he's hungry. He's finished when he's full. He can take his time eating. He can eat and play, eat and watch, eat and talk. He can try new things when he's curious or stick to his favourite foods. There's no pressure around food.

Because of unschooling, my son has never learned to measure his success by grade letters or percentage points or someone else's evaluation of his efforts. He feels successful when he has accomplished the goals he has set for himself. He is considerate of others, but motivated internally.

Because of unschooling, I've come to a greater appreciation of the benefits of humour and play in living and learning.

Because of unschooling, I've come to see a more intricate web of connections, making my own experience of the world richer and more wondrous than I had previously imagined.

Because of unschooling, I have learned to see all learning as valuable, and Ethan has too.

Others wrote about unschooling, too, here at Radical Unschooling Info
"Both Doug and I have spent hundreds of hours playing all kinds of games with Ethan. Board games, card games, video games, dice games, pretend games, word games, silly games, complicated games, indoor games and outdoor games. Not one moment was a waste of time."
More, by Karen, on being with her son
A gentle approach to boredom, February 2016:

"I've noticed with my son, those uncomfortable feelings of restlessness and uncertainty about what to do are eased by some company. Just me being fully present with him seems to help a lot. ..."

Karen James on Boredom
July 2015, part of a longer piece:

"Be precise in the words you use to describe those you love, aim to support and care for. Be as generous as you can too. The clearer you see your child, the better you can respond to their needs. The better you learn to listen to them, see them, and be of useful service to them, the more they will have confidence in your ability to have their best interest in mind."

There's more, and it's good. Click to read it.
"Twenty years from now, the boy might be a therapist, helping others with similar issues. He might have a son or daughter of his own facing similar challenges. He might have a friend of a friend of a friend with questions. He might read a book or watch a program that prompts him to draw on his own experiences, allowing him make a unique link in the chain of his own understanding of the world. Or, he might never think of it directly again...."
Learning now, affecting unseen futures

"Looking through some old photos. I just really liked this one. Nothing special. Everything special."
—Karen James 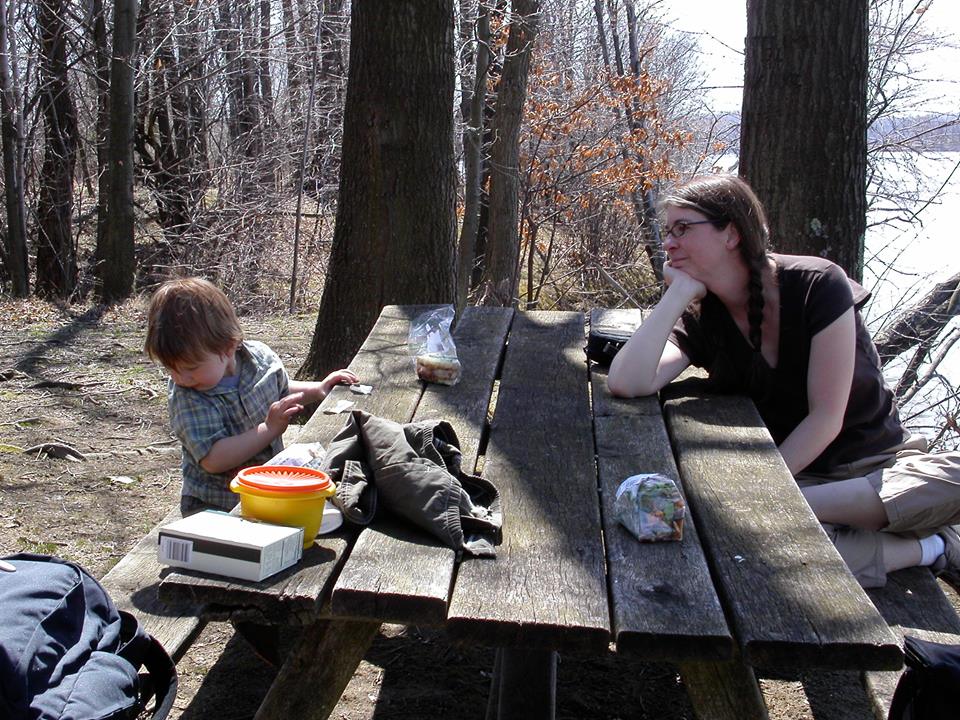 On strengthening marriages, two passages at the bottom of "If You're Considering Separation"

Deschooling, by Karen James, a whole page of it

Apple Tree analogy, and the nature of wholeness

About video games (Seriously!) (with photos)

Real Learning, about a musical river, and the mom learning about the child's learning.

Something philosophical about Barbies and a cat: Investing in the Future

Some thoughts about school, the second and third entries on this brief page

The title at this link is part of a painting by Karen: Finish What you Start

Title by Karen James, Ethan and Nick, in October 2012: Learning from Minecraft

Karen read too much, at first, maybe, and then stopped reading for a while. Her account of those days follows this quote:

"Once I had strengthened my understanding of my son and myself, and began to really see what natural learning looked like, I slowly revisited some of the unschooling literature and discussions again. The principles of unschooling made more sense to me then."

read the rest
Thoughts on Changing

The Benefits of Videogames (righthand column)
The family visited Japan in late 2013, and Karen blogged: James Family in Japan
She let me use the photos in Just Add Light and Stir:

The best friend you can be

Reading and Writing and Monsters

This month Ethan's going to be 16. That feels big. Our first few months together were probably the hardest. I was afraid, sad, overwhelmed, alone, terrified at the idea of being responsible for someone other than myself. None of those emotions are what I imagined a new mother would/should be feeling, but I was experiencing them in abundance. 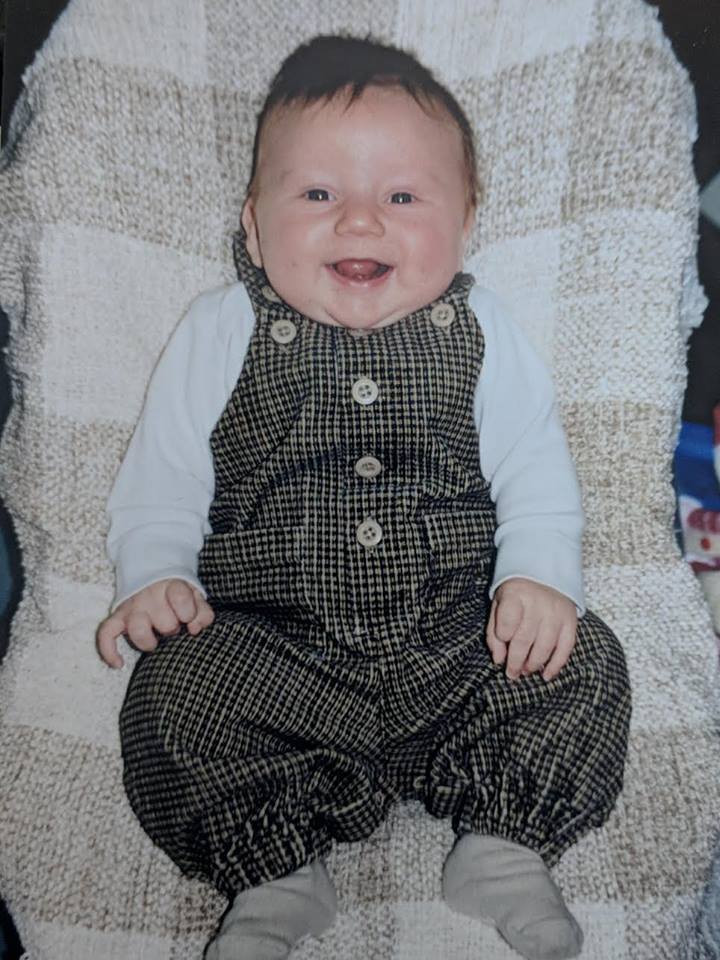 One afternoon, Ethan and I were sitting together. He was in his bouncy chair beside me. I was on our computer. He had been asleep, but he awoke. I heard him chirp and saw his one leg move to bounce his chair. He did this often--bounce his leg to bounce his chair. It was cute and seemed so clever to me. I looked over at him and smiled. He smiled back.

Next, I made a funny face and silly lip-flapping sound as I moved to kiss him on the neck, stopping midway as, from the bottom of his belly, a sound I'd never heard before emerged. Curious, I made the funny face and silly sound again. He made his sound again too, but this time I recognized what it was. It was a full-bellied laugh that spread across his whole body like a wave in water radiating from a coin-tossed wish. His eyes sparkled. His toothless smile spread right across his face making his chubby cheeks seem impossibly chubbier.

I remember sitting there in wonder. I'd never heard a baby's first laugh. Hearing the sound of that laugh and seeing the joy in my boy's being opened up my whole world at that moment. I remember the room getting brighter, lighter, softer. Things got easier for me after that. Not to say I didn't have some challenges as a parent, I did, but there was something about his laugh in that moment that brought clarity to my role as his mom and greater purpose to my life. His first laugh still echoes in my mind and heart. I hope it always does. ♥

Karen made this painting with feedback and suggestions from friends as it went:

Bottom of the Bucket - A Painting Created by Friends
Oil, oil pastel, iron, and silver leaf on gesso board
36 x 36 inches
2014