How much does unschooling cost?

Unschooling is priceless. It cannot be bought. And "cost" is a difficult concept, so if you have an easy answer floating to mind, try to scatter it and look from many different angles.

If a child is in a private school, unschooling won't "cost that much," meaning no one will send you a tuition bill and a steady stream of fundraising requests and tell you what clothes and shoes you have to buy.

If both parents are working and decide one should quit work and stay at home with the children, will it "cost" a full-time income? In one way of looking at it, perhaps. But counting potential is a trap.

If a family values love and relationships, unschooling can pay off in a jackpot of closeness and joy that could hardly be possible with school in the equation, and could never be bought back with a thousand hours of expensive therapy down the road. (Maybe factor in the time savings of not spending a thousand hours sitting and talking about what you could've done differently, in addition to the cost of it.)

Unschooling doesn't need to be expensive, but anyone choosing unschooling simply to save money is making a mistake. If parents don't want to spend any money on games, toys, museums, out-of-town trips, books, or whatever it is the kids might be interested in, then unschooling will not work at their house.

One doesn't need to be rich to unschool, but it takes dedication and focus, creativity and resourcefulness.

(From The Big Book of Unschooling, brought here to make it easier to find.
The book linked it to Building an Unschooling Nest.)
In January 2015, someone asked how much families budget for unschooling. Meredith Novak wrote:

I'm wondering what's the real underlying question? As Alex said, income and circumstance are going to have a big effect on the actual number—so much so they don't really mean anything. What is a hundred bucks a month? That's a lot of money to me—a large percentage of what's left after bills - but I try to spend that much just on comic books, because my daughter loves them. Some months, when money has been tight, I've bought comics over the internet (in digital format, I mean) to save on gas... but that's less satisfying and I can't always find the ones she likes.

Sometimes the money question is really about how much to prioritize kids' interests—do I Have To spend money on comics if I'm buying paints? Because for the most part, kids' interests aren't valued very highly when they don't look educational and it takes some time and effort, deschooling, for parents to shift to seeing all kids' interests as being relevant to the point they're worth spending "real" money on.

Sometimes the money question is about fears of not having enough to make home rich and joyful - can we really afford to unschool? Is it expensive? And the answer is yes and no. It takes a lot of resources, but money is just one kind of resource. Time is another—and a big one. If you don't have time to spend with your kids, then unschooling might not be a good choice.Creativity is a useful resource, especially if you're short on money and/or time - you can get by with less creativity if you have more money, though. Adaptability is one of the most vital resources for unschooling - if you don't adapt well to new circumstances, then all the time, money and creativity in the world won't help if you have a child who can't meet all your expectations.

Other people are a good resource. Other people can help you along when you're low on internal resources, they can give you ideas, help you adapt, provide transportation, be sources of inspiration and support for your kids. They don't necessarily have to be unschoolers or even think highly of unschooling - in fact, sometimes the best people-resources are people who are very, very different from you but have one thing that lights up your child in a way you can't.

Like Frank, I'd say we don't so much have an unschooling budget as a life budget. I know him from 'round the internet, so I know his budget is bigger than mine, but that doesn't necessarily mean his family's life is necessarily bigger and richer than mine. I don't know if he spends a hundred bucks on comic books in a month, but I doubt it because his kids don't have the same interests as mine. And that's really the important thing—seeing that what kids' find interesting is important, whether that's playing in the mud or windsurfing or building robots or playing video games. Whatever lights them up, spend as much as you can on it—time and money and creativity and the rest. Don't worry if it's more or less than someone else. Be generous. Fill them up to the brim.

To the question of what to do when a child wants something the parents can't afford (big things, not a toy):

This happens a lot, of course, to most of us. I mean, how many of us can afford everything in the whole world we might want? But where some parents might brush off the very idea of pursuing a certain interest, unschooling parents will really try to find ways to support it, even if we can't jump in full-on right away.

I know a kid who has always loved the idea of flying airplanes. Her parents could have easily said, "No WAY we can afford it, after taking one quick look at the cost of flying lessons." But they kept looking for ideas, and taking her to events that featured airplanes, and meeting people and asking questions. She joined the Civil Air Patrol and got some experience that way AND met others who were interested in flying, as well. She slowly, for years, took whatever little bits of flying opportunities she could get. When she got older, she got a job working in the office of a local flight school. THAT really got her a lot of opportunities. She is a pilot now. Her parents could have crushed that interest back when she was maybe 12 years old with a dismissive attitude about finances.

We can't magically afford everything, but very often we can afford something.

Also, sometimes it depends on prioritizing. There are lots of things families can do when they're willing to readjust some spending patterns or some issues. Expensive activities can sometimes mean figuring out ways to raise more money and explore all the options. The parents have to help the kid get more creative on how to get there. That's the first step. Lots of parents (not usually unschooling parents, but sometimes) quickly dismiss the hard-to-attain goals, for all kinds of personal reasons.

Michael wanted to go to Japan, so he found ways to raise the money and go as an exchange student. He wanted to at 13. He figured it out, with a lot of help, by 16. Everything doesn't happen overnight. Katie is studying acting at a conservatory in NYC. She's wanted to do that since 12. She did a lot of acting along the way and then at 20, was able to make it happen. But we didn't even GO to NYC until she was 19. It just wasn't in the financial cards for us then.

When Alyssa and Ron got "into" horses, we took riding lessons, bartered at a stable, leased a horse, learned a ton about the work involved. Then as a family we moved from the suburbs and bought a ranch. I know that's pretty drastic, but when enough family members get on board, all kinds of things are possible!

This recording is also embedded at Unschooled Kids and Money

Sandra Dodd – on scrawny vs fat healthy unschooling and how to save on therapy costs.

Rose Sorooshian – on whether buying things for children spoils them.

Renee and XuMei Cabatic – on the details of their family’s finances.

Gillian Goddard – on running a business while unschooling.

Ben Hewitt – on privilege and sacrifice. 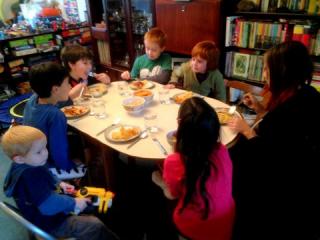 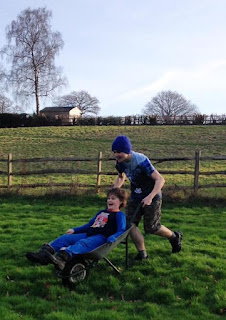