Animaniacs
Animaniacs was a new show on FOX network when Kirby and Marty were little and they loved it. Keith and I loved the music, and had singalongs on video. Now the first season is on DVD. 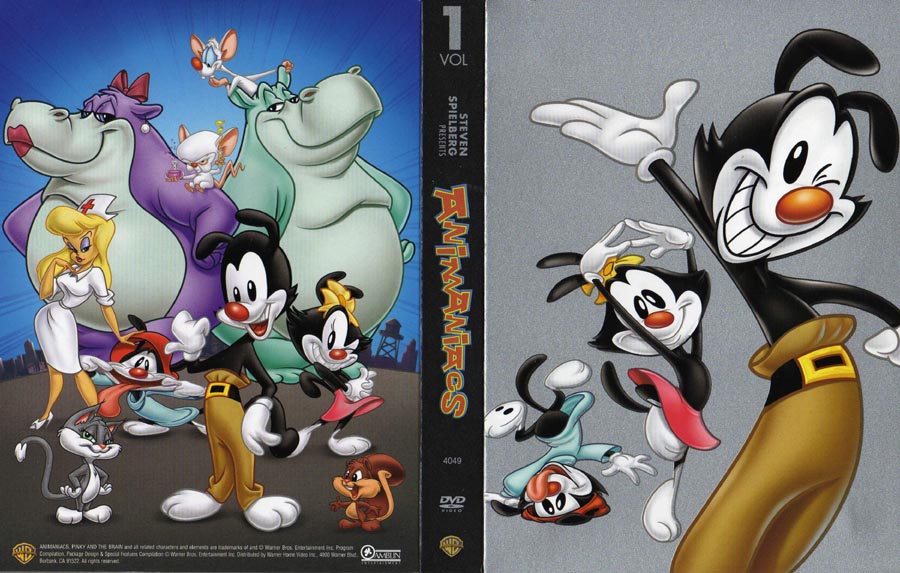 With DVD, the words are there if you turn on the closed captioning. The DVDs I have also have subtitles in French, Portuguese and Spanish, and it's fun letting subtitles show what the nations are called in another language while Yakko sings them way too fast in English. But with DVD, you can pause and replay.

Pause and replay are important for these, because they move very fast, and there's humor in the backgrounds, the animation itself, the dialog, the background music... it's just impossible to get it all in one viewing.

There are five disks, holding 25 episodes. I'm still working through them, but have come across several happily remembered things such as the parody of Good Night Moon (Good Night Toons), The Monkey Song (a grand calypso number) and The Nations of the World. There have been things I hadn't seen at the time, too, so I'm having lots of fun. (Meanwhile this week my now-big kids are into Lois & Clark, which I DID watch in the early 90's, and Lost.) Other details and reviews are available here on Amazon which is selling the set for $29.87.