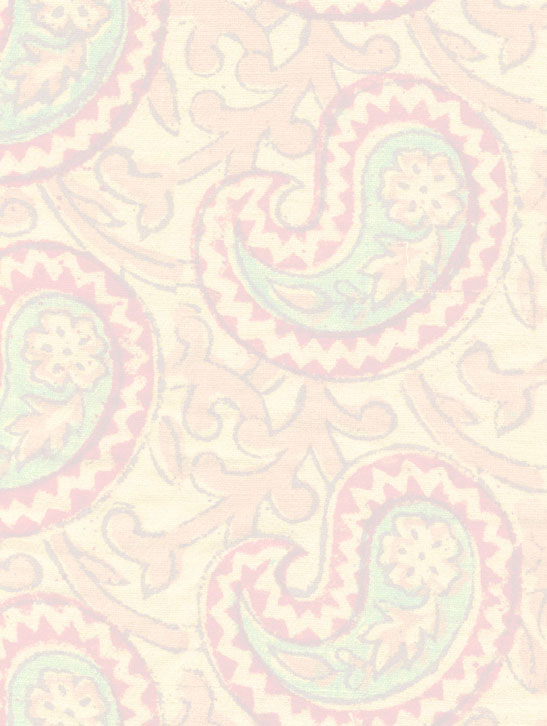 "I thought I was just too poor to have a digital camera."

Turns out something I've been doing for several years has a name. "Scanner art." Cool. [It has come to be called "scannography," too.]

The first thing I did with a scanner that wasn't just copying a piece of paper (i.e. using it the way it's SUPPOSED to be used) was to scan some cloth for a background for a page, and for a good reason—it was an article about that cloth, or about a shirt made of that cloth. Art, Aging and Sprituality is the real name of the article, but it has come to be known as "Holly and the Hippie Shirt" more commonly. It first appeared in a local newsletter for parents, and so the local references made more sense. When I started putting more and more of my writings on webpages, that was the first one to have any fancy art and a photo. That was July 2002, and the page still holds up nicely four years later. I like it. I later used it for the cover of Moving a Puddle. 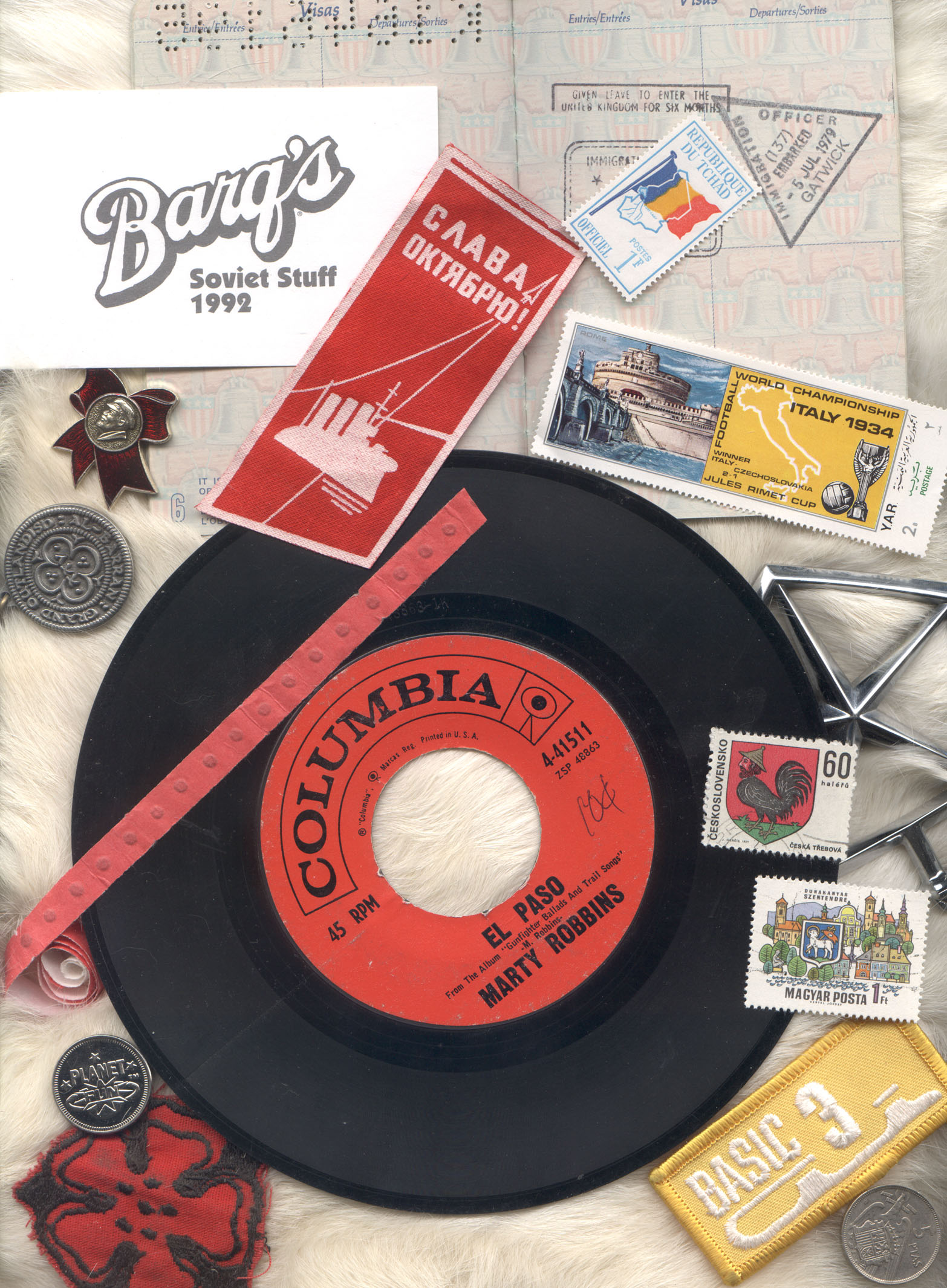 Actual junk from my actual office,
actually scanned on my actual scanner. 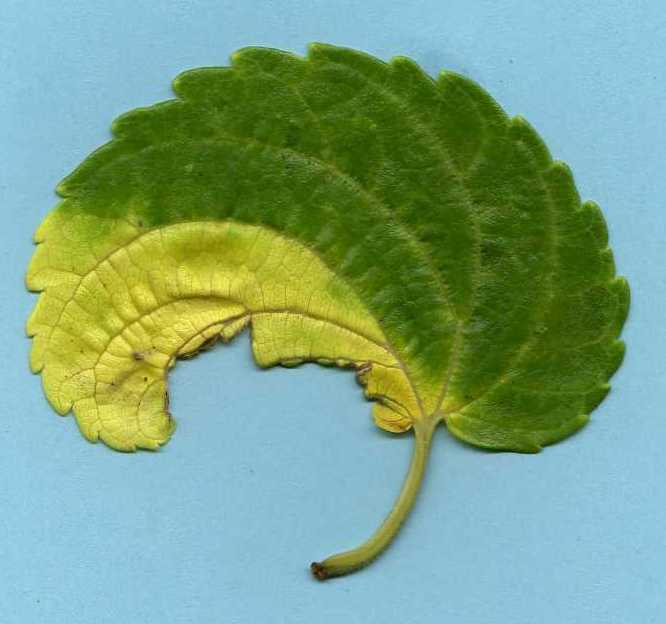 Leaf for AlwaysLearning unschooling discussion list.
The next thing I did was an illustration for another page, for another article, Your House as a Museum. I wanted to show some real things, so I limited myself to things I could reach from my desk (I did stand up to get the record, which was hanging on a nail on the wall up high, but the other stuff was in a drawer).

Unlike the cloth, though, this had too much shadow and weirdness, the first shot (which I didn't keep), so I laid a white rabbit fur over it all gently and that helped. I did have to go into the next room to get the rabbit fur. The caption at left is the original caption from the webpage. There are some other things on that museum page that were scanned too.

And now that I know more about putting photos on webpages, I should really go back and make smaller copies of those files! The title was a scan of some cloth, put together with photoshop to give it the plain center part for the article title. The e-mail link is the end of a scarf, and then (on both of those) I used Adobe Photoshop (a small home version, you don't need the giant whole thing) to pick a color from the art and put in text.

On the Leaning on a Truck page, there are four pieces of scanner art. The jigsaw puzzle bit was fun, but hard to turn the pieces all face down. This was PERFECT for a scanner though, and wouldn't have been as clear with a camera. There would've been glare. The scanner doesn't get glare from a flash. The other three involved pattern blocks. I made pattern-block fill art for Moving a Puddle, for several pages that just needed a little filler. The difference between using pattern blocks on a scanner and just doing some kind of geometric art thing is that you can see the woodgrain and can tell the blocks are different, not just stamped out with cut'n'paste.

The commentary page for that has two uses of the same scan, of the buttons from my button-box. The full scan is on that page. I had lightened it to use as a background and it was that way for a while, but it was too distracting, so I put it behind the title and in a box on the page instead.

So after the "Museum" and "Truck" pages, I was hooked and have scanned so many things I won't be able to find them all. It was a utilitarian consideration for me, not artistic really, until I had an interesting mistake lead to a discovery. I was trying to copy the corner of a scarf. It wouldn't stay, and I tried holding it, and the rest is here at Mystery Art. The discovery original is on this page. The colors look better on this one.

That's three sets. Feel free to lift and use it if you need dividers of real (relatively real) candy corn. Those I had to clean up with photoshop to make the background white. The shadows were ugly and a white rabbit fur background looked horribly and fuzzily unsanitary.

With a google search I discovered that some people are doing nice deep-field scanner art by making a black box to put over the scanner to keep other light out. There are some beautiful examples of scanner art out there, mostly flowers. Justinsomnia's leaves and commentary, and Fran/Redondowriter's flowers and commentary.

My page has been linked to a growing collection by Mary Miller, about a quarter of a way down this page on her site called "Scanner-Magic.com" (it's gone now, 2011).

Something less delicate, by a young woman in Perth who's doing a webcomic using combinations of flat images and "live" scans and words: http://no-children.deviantart.com/gallery/

These are piled up under a plastic shoebox (as a container to keep them on the scanner glass). The second one had black fake fur over the whole thing, but any heavy black cloth would have done. Earlier attempts had the bottoms of some chessmen flat on the glass, so it's not entirely a random pile, but a pile of guys on their sides or head in. I used one on the chess page.

Click to see Buttonbox, buttons dumped, scanned, lightened, but too dark after all for the background. That appears now in the title of Commentary on Leaning on a Truck, in recommending parent can do something side by side with kids and conversation flows better than if they try to "have a talk" or "initiate a discussion."

When I tried to lighten them more, the lighter ones were starting to disappear. If I make them much smaller, they won't "be buttons," anymore, they'll be dots.