What Proof is there that Unschooling Works?

A critic wrote on UnschoolingDiscussion:

We clearly missunderstand each other! A few examples do not make a majority or prove a point! I am happy for them all!

"The goal of unschooling is not education. It is to help a child be who she is and blossom into who she will become. Education happens as a side effect."

So since unschooling is not something that exists with statistics and data to back it up, all that the evidence is anecdotal. Lists like this one are about sharing those anecdotes, explaining to others what has happened in the lives of unschooling children and families. Helping other people trust that learning happens all the time. If the only way unschooling can be a valid method within your life, not something that you believe to be purely coincidental in the lives of a lucky few, is if it has been or can be demonstrated statistically, than you may have to either wait a while since no one is trying to sell unschooling there isn't a lot to gain by demonstrating that it works or set up your own longitudinal study and wait the length of your study populations lives.

I've been unschooling since Simon was 3, he'll be 9 on Tuesday, so 6 years now. If I'd decided to wait until a respected research body verified what people on lists like this are sharing from their own lives, Simon and Linnaea would be in school and our lives wouldn't be filled with the learning that happens just being us. And it will never be verified, because it is something that takes a single-mindedness of purpose that I would never have thought I was capable of. Which means that it isn't something that everyone can do. Not because they aren't necessarily capable of it, although that may be the case for some, but because they don't have as their goal "to help a child be who she is and blossom into who she will become."

What proof do you have? 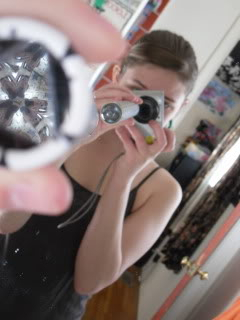 A response to this question:

What proof do you have that it is working? How would you suggest parents reassure themselves that this path is providing everything their children need?

As to proof of whether unschooling is working, if the question is whether kids are learning, parents can tell when they're learning because they're there with them. How did you know when your child could ride a bike? You were able to let go, quit running, and watch him ride away. You know they can tell time when they tell you what time it is. You know they're learning to read when you spell something out to your husband and the kid speaks the secret word right in front of the younger siblings. In real-life practical ways children begin to use what they're learning, and as they're not off at school, the parents see the evidence of their learning constantly.

SandraDodd.com/interview
photo of a kaleidoscope (and Holly) by Holly

Holly was six when the response above was written, and nineteen years old when she took the photo.

The proof of how well it is working can be seen and felt in the nature of our days together. 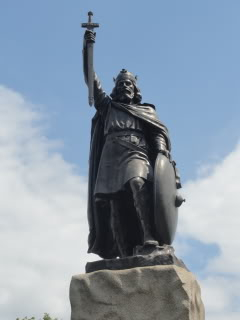 Victory is what it feels like—the biggest victory in my life so far. I am my own healer and validator. Unschooling my every thought word and deed is my healer, my boys are the absolute proof of my victory and my healing. I am now a sweeter, kinder person—a less judgemental, critical and negative person. I have found again the joy, curiosity and fun that was squished (and often violently) out of my life so much as a child, and I can't get enough of it! Bring it on! Unschooling heals and rocks! —anonymous [Victory] "We don't have to be tested to find out what we've learned. The learning will be demonstrated as we use new skills and talk knowledgeably about a topic." —Pam Sorooshian [Absolute proof]

As you say, the proof is in the living! The rightness, the evidence, the closeness, the joy, those are all found in this life. —Schuyler Waynforth [Slowly amazing]

It won't work unless people want it to work, and make the changes necessary for it to work.

The photos are links.