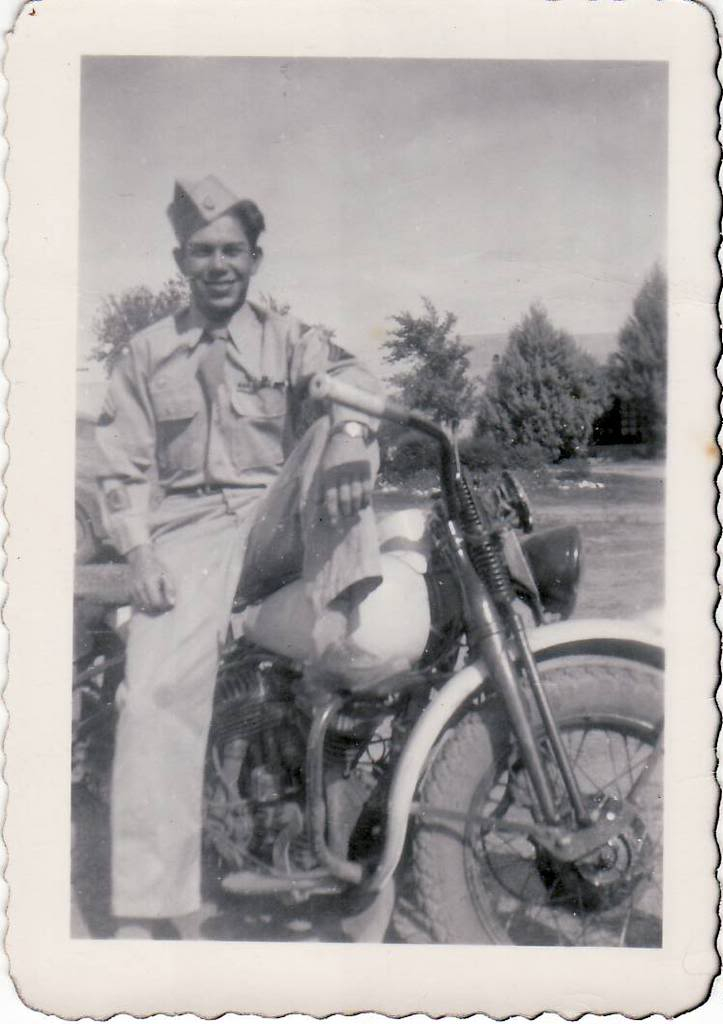 My dad re-enlisted for a while at some point but I don't think he stayed in long that second time. (I think maybe he was doing contract work.) He was at Camp Chaffee, Arkansas the second time, already married to my mom, so it was after 1948. 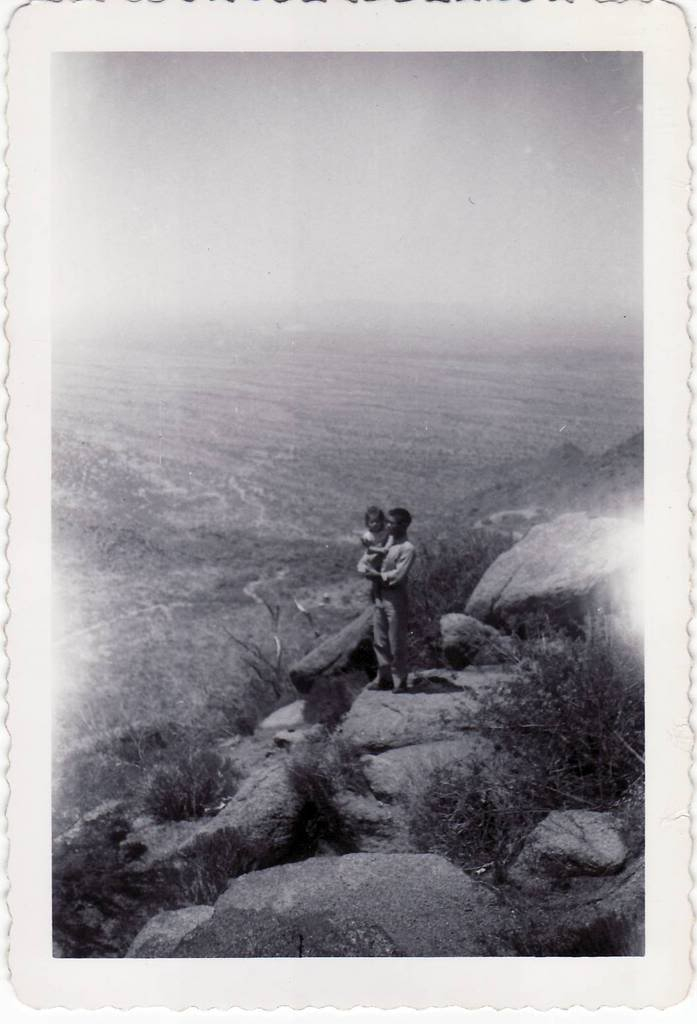 
Michael Adams' memories of the funeral, written in 2012, here: on his blog, and a backup link in case that disappears. Michael was one of the two children of my dad's wife Valerie; his widow. He's a step-brother, because my dad adopted them.


My oldest child is called Kirby, after my dad. When he was born, his other three grandparents were living. (This is my calligraphy, below, and there's me on the right and my dad above. His mom, my Mamaw, was alive when our Kirby was born.) 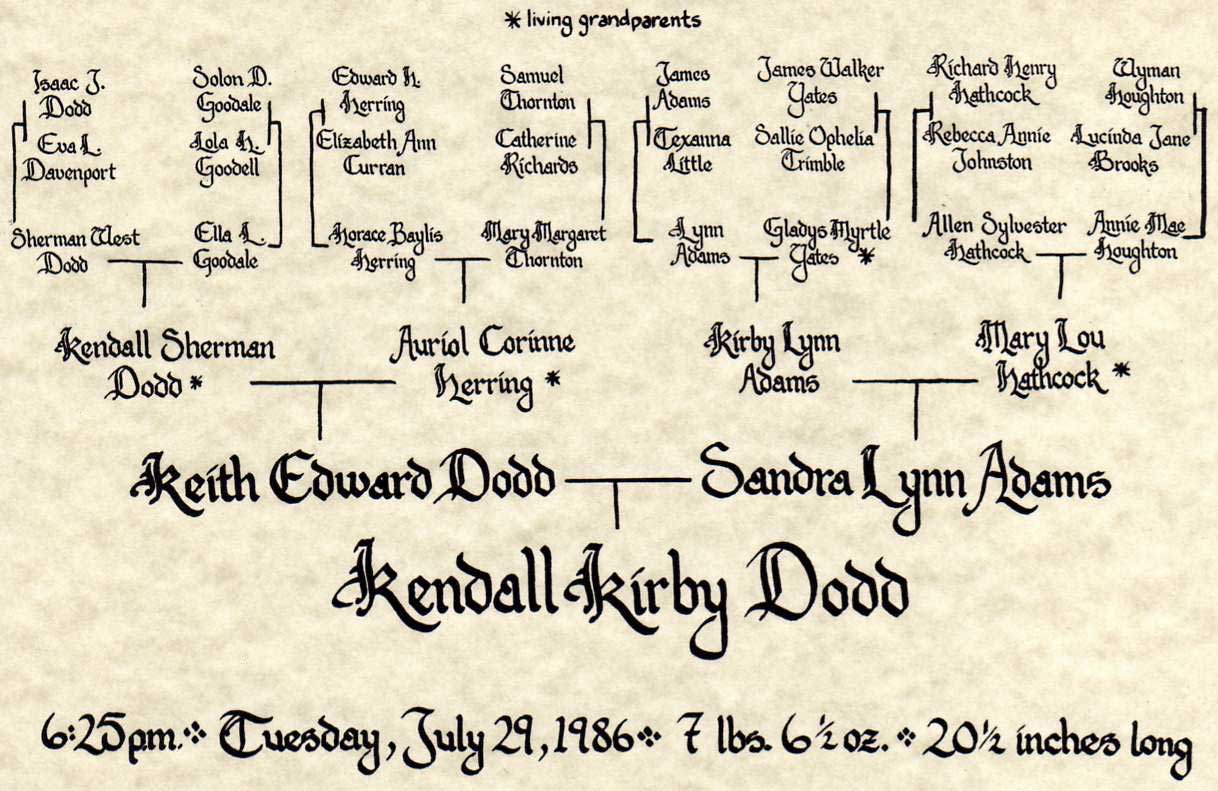