Pam Sorooshian on how unschooling works

Unschooling is not leaving kids to their own devices until they show an interest in learning a given subject.

Unschoolers do not expect interests to arise out of nothing.

As an unschooling parent I offer ideas, information, activities, starting points, and material to my children as opportune moments arise, not out of nothing, but out of the experiences that are created by mindful living in the world—walking in the woods, visiting museums, watching movies, reading books, going to the theater, swimming in the ocean. Every moment in life offers opportunities for learning and investigation.

We went to the Rose Parade and my 12 yo daughter wondered aloud why it doesn't smell like roses even when you're right up close to the floats. There was a great opportunity to talk about plants being grown for various purposes—and how that is done—tomatoes raised for transportability rather than taste, flowers for longlastingness rather than aroma.

Unschooling families live in a learning world—no division of life into school time and not-school time.

We had an earthquake here last week (California) and we spent considerable time watching the news about it and reading and understanding what causes earthquakes and how their magnitude is measured and also how buildings are constructed to be more safe in earthquakes. Then the earthquake in Bam, Iran, struck. It was the same magnitude as the one we'd just experienced. My husband is Iranian, so this adds to our focused interest there. We read about Bam itself, a city whose buildings were thousands of years old and absolutely gorgeous—all gone now. We found a website with fantastic pictures of it taken just a few months ago. This whole last week we've been immersed in ancient history, geography, geology, and architecture. We wanted to make a donation to the Red Cross for helping the people of Bam, and that brought up the question of why there is the Red Crescent in Iran, not a Red Cross. A little cultural geography thrown into the mix. We also, by chance, watched a movie, called "Cup Final," the other night, which was about an Israeli soldier being held captive by a PLO guerrilla group. Again, that tied in with us spending time talking about the middle east and religions there and the long history. 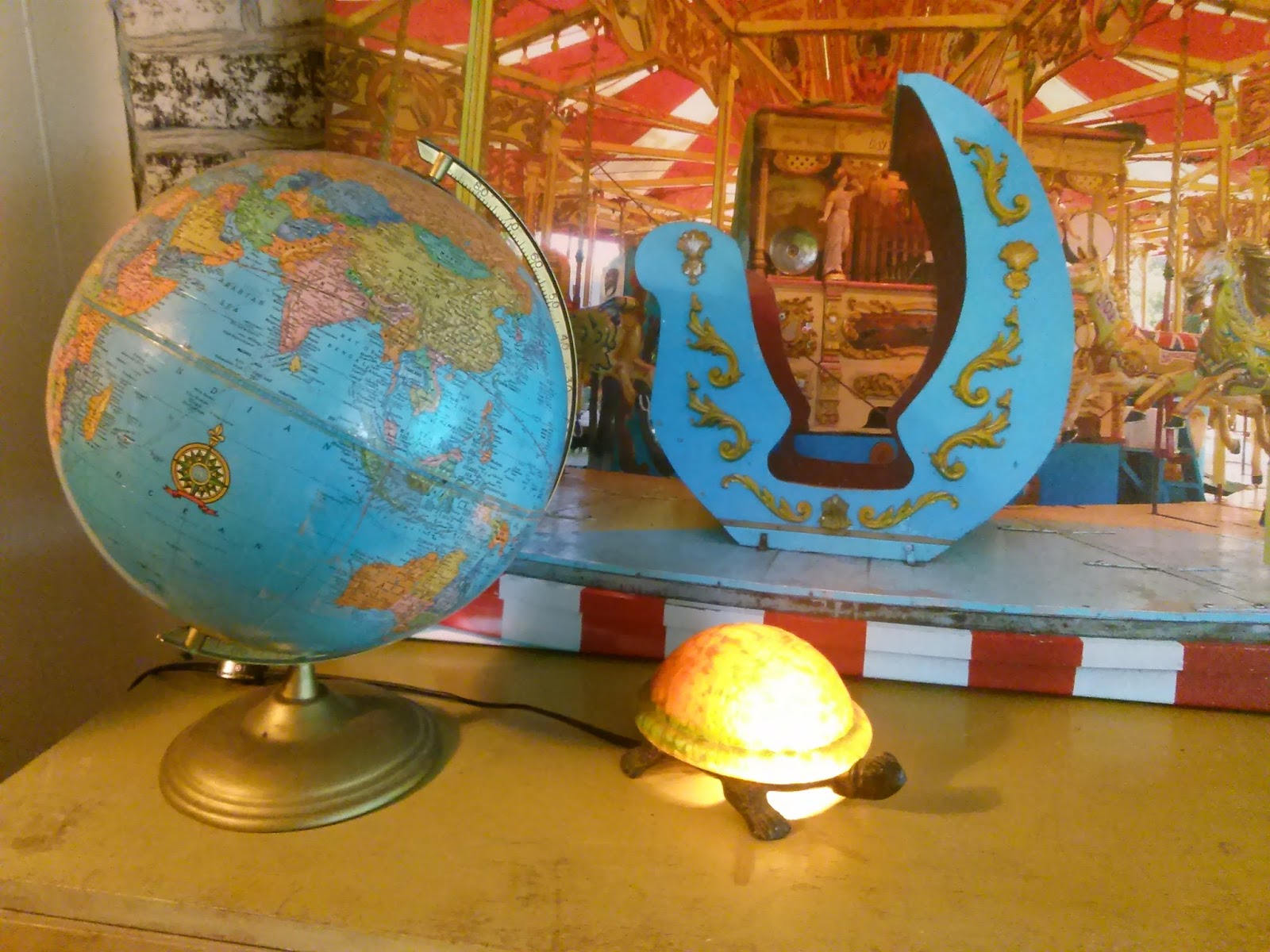 Unschoolers do not preplan a curriculum and we don't have predetermined lesson plans. What we have instead is an extremely rich environment for learning in which, for example, the globe sits on the living room coffee table and is regularly handled and part of our everyday life (not pulled out for a specific lesson). Learning is valued and constant. Connections are looked for everywhere and the whole family is involved and loves to explore ideas and gain new information and knowledge. Learning happens inside the learner's own head and is not always apparent to outside observers, but the proof, for me, is in the pudding. My kids think learning is what life is for. And I agree with them.

Unschooling is not “Child-Led Learning”

That's the globe at the Dodd house, not the Sorooshians'.
I happened to have taken a photo of it recently. —Sandra