As many of you know from a few times I have posted that my dh is not sold on unschooling, especially not radical unschooling. He is ok with it but doesn't encourage it and has been known to make my children do certain "subjects" like math when he gets an itch.

Well, night before last we had a big long conversation because he is reading a leadership book called Tiger Traits. It a mix of learning leadership through the life of Tiger Woods. He was telling me about how Tiger started playing golf at age 10 months and had won his first tournament by age two. I mentioned that he must've had VERY supportive parents that let him follow his interests and passions and it was like a LIGHT came on.

We went on talking and he has agreed to let me give my children the allowance to pick any passion they are interested in and to let them follow this passion/interest as much or little as they want and to support them. His example (my dh loves golf) was our five year old who also LOVES golf. My dh said that if our 5 yo were to learn reading and writing and math naturally through golf without us forcing it on him he would learn better and retain it more than kids that are "force- fed" this information in the school systems. He got a kick out making jokes like "Hey son, did you read your Golf Digest this morning? Ok, you can go play golf now!"

So, at least now we are starting to be on the same playing field. Although he has never actually told me I couldn't DO certain things with my methods of unschooling the kids that isn't the same as having his support. I feel we have made great strides. Thought I would share. 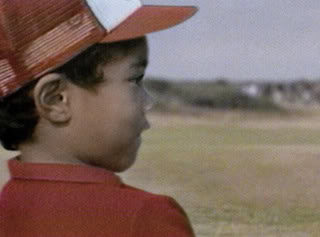 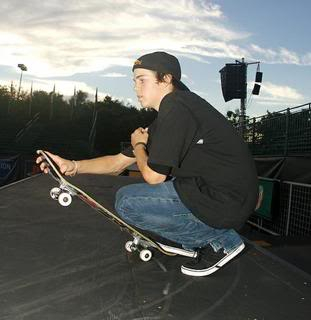 I love when that happens! 🙂 Something you might want to ask him (maybe not right *now*! 🙂 Let him enjoy his new feeling!) is how would he feel if the interest were...say... skateboarding or macrame' or video gaming or horses or WWII? Would being passionate about any of those things make him as happy as he is about golf?

It can be easy to feed a child's passion if it coincides with our own passion(s). It's often very hard for us to accept and to feed a passion that's different from our own.

In my own family, I had NO trouble getting Cameron a fancy beagle pup when he decided he wanted to show dogs. My husband, the cyclist, had no problem buying him a good mountain bike and taking him to crazy parks all over the state. When he was into magic, I spent mega-bucks on cards and tricks and gimmicks and conventions. Drumming? A drum set—then a second one. And hours and hours at the jazz club to listen and play. Film-making? Classes and cameras and film and film and film. 🙂

Although we certainly supported skating with boards and trucks and gear—and Camp Woodward (twice), I know we weren't AS supportive as we were for the other sports/interests. Not emotionally, anyway. Plus, we had little knowledge of skating—no direct interest or information. No passion. No contacts. We DID support it, but I feel we could have done better.

Our second child is 12. His passion is gaming—computer and console. Again—Ben and I have NO personal interest in gaming. We know quite a lot ABOUT it now. 🙂 We own just about every system there is. He got a fancy-schmancy laptop for gaming for Christmas.

Our children are not us. I'm sure everyone here has passions that their parents didn't buy into hook, line, and sinker. Mine was showing dogs and horses. My parents were VERY supportive. Lucky for me! 🙂 But neither had ever ridden a horse. Neither could tell a English setter from an Irish setter. 🙂 But they bought me dogs and horses. Took me to shows—and later let me go to shows.

Just keep in mind that Tiger's dad LIKED golf! 🙂 Imagine what his life would have been like if dad had hated golf—or felt it wasn't worth all the time out on a golf course—or thought he should be a doctor.

Imagine how many other children's passions are squashed or dismissed or starved EVERY DAY. Imagine what ALL children could be if their parents fed their passions—no matter what!

We have that power. We really do. Feed, feed, FEED passions!