False, but repeated OFTEN in sitcoms and comedies, and by moms who want to limit and shame their kids.

Why aren't my kids hyper after binging on sugar? 2013 article about a review of 12 studies showing sugar doesn't make kids hyper, but that moms WANT it to be true.

There was a third outside link here, but the article is gone. I found this, though, with a link:

"There have been more studies on this than on many drugs," said article author Dr. Aaron Carroll of the Indiana University School of Medicine, "all of which show there is no link between sugar and hyperactivity." Even if the kids are "sugar sensitive" or have attention-deficit disorder, he continued, sweets do not change their behavior.

Parents may think their kids become more chaotic after candy and other treats but "it is in their heads," said primary author Dr. Rachel Vreeman, also of the Indiana University School of Medicine. She pointed to a study that told parents their kid was slurping a sugar-loaded beverage, when the drink instead was essentially water. The parents reported the child going bonkers when objective observers thought otherwise, she said.

That's not exactly the way they word it, but the idea of "spoiled" children is interesting and dangerous.
Magical Thinking and Spoiled Children

Children who can't read by the time they're eight will never catch up.

Schools operate to make that true, but in the real world (where so many children unfortunately are prevented from being), it's not a bit true.
Reading

This quote came from a discussion on MySpace and was sent to me by one of the participants (not by the author). People do believe these things, though, and it's just not so.

With dyslexia you HAVE to be trained in how to get past it.

this isnt just some person that could read at some point. if he isnt trained HOW to see letters in groups that form words he never will be able to do it and it will ALWAYS be frustrating for him. since neither of you are very aware of dyslexia I am going to tell you that some of the unschooling pracitces just do not apply to dyslexics. the whole concept of not insisting they do things doesnt work. people with dyslexia are forced to do these types of eye and mind training so that at some point things suddenly get easier for them.


If my son had his way he would play video games all day long.

Unschooling parents who have spent years giving their children freedom and choices have learned that limitations create need while freedom creates intelligent choices. There are other "if I let him" assurances here.

If children or teens aren't made to write reports, they'll never be able to write.


"Report writing" is one of the holy icons of the Church of School. People don't even think about what it means to "write a report" in the real world when they think of school science reports and history reports and book reports.

Here are some things to read about real people and real writing: SandraDodd.com/writing and there are links to several other pages and reports too (and by "report" I mean real people providing real information for real reasons).

A NEW SAMPLE: An essay on Videogames and Parenting, by Zachary Sanders, an unschooled teen.

If children are allowed sleep as late as they want, they'll never be able to get up and go to work.

SandraDodd.com/sleeping has a fair amount of information, but I have three children (at this writing 16, 19 and 21), all of whom have had jobs, none of whom has failed to learn to use an alarm clock and good judgment, none of whom has ever been let go from a job, all of whom have been free to sleep or get up for 16 years or more (depending). If there were no other refutation of the myth above than this, it would be sufficient.

It's also worth noting that none of those jobs have been "regular hours." Shifts have started as early as 6:30 a.m. and ended as late as 3:00 a.m. Good thing they were well prepared by years of irregular sleep! [Later, a start-at-11:00-pm shift rotation came along for Kirby, and a 4:30 a.m. start-time job a few years after that.]

Children have to be taught to self-regulate.

"Children have to be taught" is dealt with here: (and by the entire unschooling site). Self regulation is discussed here: SandraDodd.com/control.

Wait a half hour before swimming

"You could get a cramp and die," millions of parents said (verbatim).

Snopes gently debunks the whole deal, but you don't need Snopes for this one. It never did make sense.

What DID seem apparent to me when I was a kid, and is confirmed by my experiences as a parent hanging out with other parents, is that adults take longer to eat than kids, and the adults want to lounge around and eat and then smoke (especially in the 50's and 60's when the "don't swim yet" warning was more widespread) and they did NOT want to heave themselves up off their butts to go and play with the kids, or even to watch the kids. So they made up a deadly boogey-man to make the kids stay out of the water until the adults could take their leisurely conversational long lunch (often followed by cigarettes and liquor).

I categorize it with good chocolate is bad for little kids and coffee will stunt your growth. The best way not to share something expensive with kids is to tell them it's bad for them. There's a long tradition of lying to children, for the convenience of adults.

Going outside with wet hair will make you catch a cold.

Molly Orendorff sent this one. She wrote:

GERMS will make you sick, not wet hair! (but, if you're exposed to germs and have a lower body temperature from your wet hair making you chilled, you're more likely to get sick, as your body won't fight off the germs as easily if it was a higher temperature). AND, just because adults feel cold and think kids should have a coat on, doesn't mean the kids are actually cold! (my two seem to be a lot warmer than me all the time!)
—Molly O.


Photos are links to Just Add Light and Stir links, and photo credits are there. 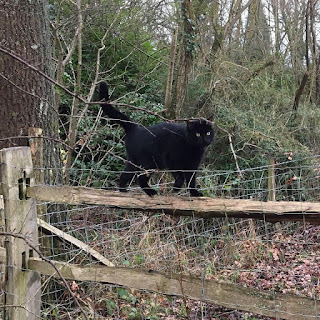 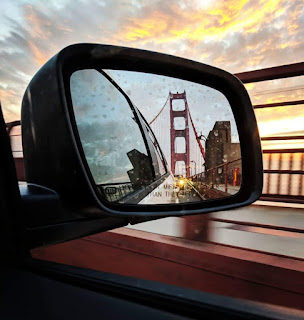 "If I let him, he would..."
Interesting fallacies parents have expressed in public

Holly did the title, and others.