The Midgaard Serpent goes around the box.
Thor is fishing for him and hooked him, but the serpent just grew more heads. 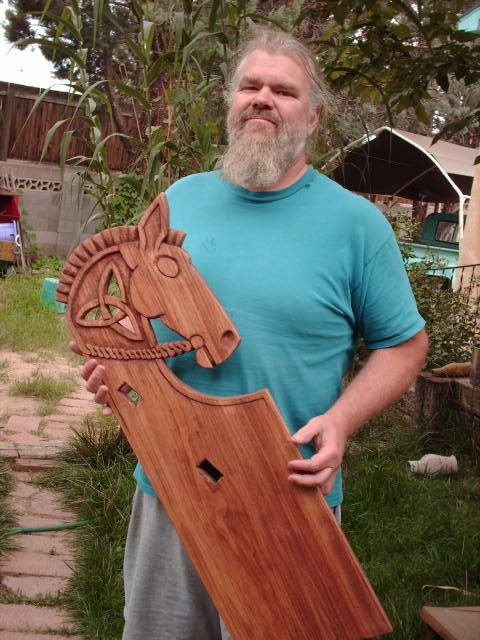 Four sides of the Kingpiece of a Kub game (click to see much more):

Dragon heads for Viking a-frame. The eyes are knots in the wood. Front and back details are shown. Click to enlarge (and you can click there for further enlargement).

In June 2007, Keith did a workshop (as Gunwaldt Gulbjorn; an SCA workshop) on knotwork. Photos and notes are here. There are also photos of a knotwork spoon made by Will Heron, and Bardolf's shield (also shown below).