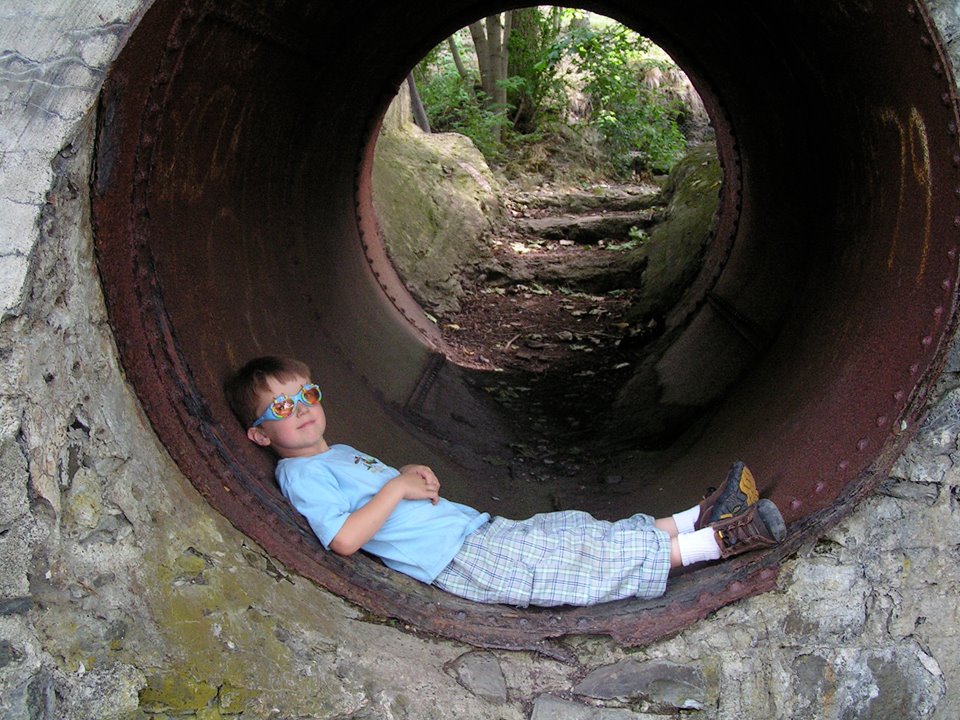 A friend of mine reminded me of something I used to really enjoy. Something I rarely get to do any more. Put on Ethan's socks. Since I was reminded of that yesterday, I have been flooded with memories of his little body plopping down in front of me, his little leg jutting out with that wonderful wrinkle circling his ankle. I remember that same leg lengthening out before me, the foot growing narrower and longer, the toes following suit. I loved choosing fun socks for Ethan. I remember the tiny white cotton socks that never seemed to stay on. The fun striped socks that inevitably and mysteriously lost a mate. The warm wool ones that slid with ease over the toes and locked in place with their well defined heal.

With his thoughts seemingly uninterrupted by my actions, we used to move in a kind of symbiotic dance together, me helping him be his best self, him helping me be my best self, like the pilot fish that swim with shark, or like the bees that waltz with flowers. We helped each other grow and thrive. It was an incredibly simple gesture that had an unexpected, yet powerful consequence.

I'm not the sharpest knife in the drawer on a lot of things. I'm a slow thinker. I often get a joke several days after it's been told. I'm not very savvy, and you won't want me on your team at a game of Trivial Pursuit. But some things seem plain to me. As strange as it might sound, helping Ethan put on his socks seemed like the best choice I could make. Not once that I can remember did I tell him to put on his own socks. I helped him for more years than I thought would have been the norm. Gradually however, without my really noticing, he started to put on his own socks.

Ethan's foot is the exact same size as mine now. We can comfortably walk in each other's shoes for this brief time in our lives. That's going to change too. Probably sooner than I would like it to. But what I've learned from generously holding those growing feet in my hands for all those years will last me a lifetime. Being there unconditionally for our children nurtures the beautiful side of the human spirit that resides in each one of us. It cleans it. Reveals it. Keeps it fresh. It feeds it. It brings it to life. Makes it grow and helps it thrive. It's a gift to the receiver and to the giver, and it leads both parties to a greater understanding of what it means to love.

Karen James wrote this on Facebook
as commentary on her "Throwback Thursday" photo of her son when his feet were smaller.

Each tree grows from a single seed, and when a tree is growing in your yard what is the best thing you can do for it? You can nurture it and protect it, but measuring it doesn't make it grow faster. Pulling it up to see how the roots are doing has never helped a tree a bit. What helps is keeping animals from eating it or scratching its bark, making sure it has water, good soil, shade when it needs it and sun when it needs it, and letting its own growth unfold peacefully. It takes years, and you can't rush it.

So it is with children. They need to be protected from physical and emotional harm. They need to have positive regard, food, shade and sun, things to see, hear, smell, taste and touch. They need someone to answer their questions and show them the world, which is as new to them as it was to us. Their growth can't be rushed, but it can be enriched.

Sandra Dodd, from Changing the world: Some Thoughts on Unschooling

Being precocious, more skilled, more independent than your age would predict, is often praised by people. Oh, she's reading so young, oh he's tying his own shoes, what a big boy. But they stop praising it when it sometimes leads to oh, she's pregnant at 15, oh, he's smoking at 12.

There is a bit of a flip side on these things. Independence comes early with less care. There was a big NICHD study on early child care and two very interesting findings came out of it. One, children who go to daycare early are typically more precocious than children who either go later or go less. Two, children who go to daycare are more likely to have aggressive encounters with others. Caring for a child produces a child who can care more, but they grow slower. Like good food or wine or trees.

I have learned from my family and blossomed within my own inner geography as much as the kids have blossomed and grown into the wide world around them. As with most kinds of growth, it's difficult to see the changes on a daily or short-term basis. It's when you look back over a longer period that you really see, and are amazed by, the amount of growth that has happened.

Frank Maier, from On Being a Dad


I have been as solicitous of my children and their needs and feelings as I could be, and in turn they have grown into generous, kind adults.
Sandra Dodd, from Being your child's PARTNER, not his adversary