When my kids were little we went to the zoo one day when the primates were being fed and they had been given big trays of cut-up fruit. It looked good; I guess we were hungry.

When we got home I made a "monkey platter" for the kids, and it has been called that ever since. 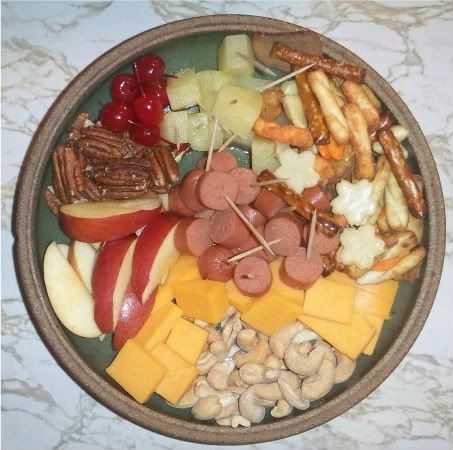 One thing they get that the monkeys didn't get is toothpicks. It was especially fun for them when they were younger to eat with dangerous little sticks. Now it's just tradition, and keeps the fruit stickiness off their fingers.

pineapple, in chunks (stick the toothpicks in half of those)
little cubes of cheese
slices of apple
maybe (depends what the kids like) chunks of ham or turkey or some kind of meat
and depending what you have, maybe
grapes
cherries (maraschino or pitted or halves; no pits)
olives
banana bits
nuts
little crackers 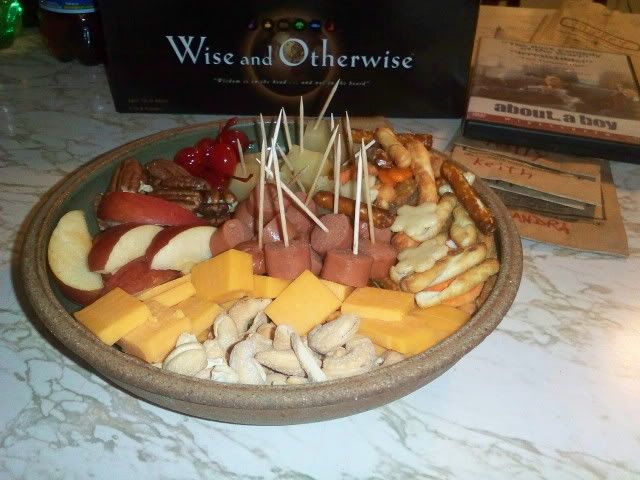 There shouldn't be anything that has to be picked out or disposed of—everything should be edible. On any typical day we're only likely to have four or five things to put on the platter.

Even with the kids being teens, I often deliver a monkey platter where they're watching a DVD with friends, or have been playing a game for a while, or working on a project.

Sandra
A list of ideas from De/Sanguinegirl83 and Kiersten and some others on a local list they're on: 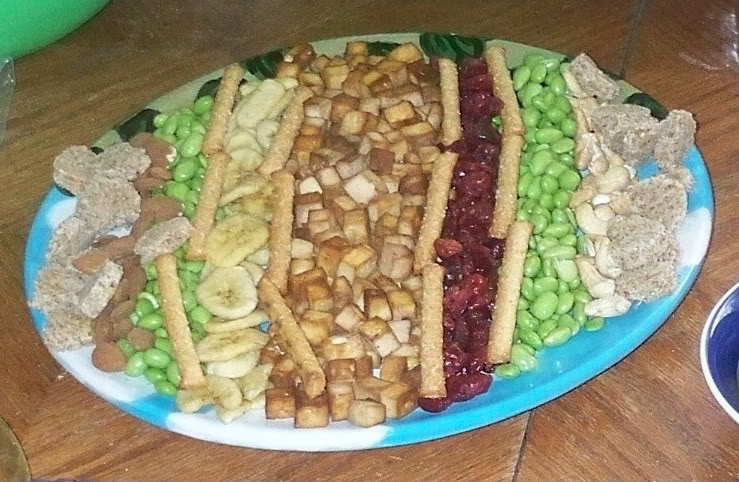 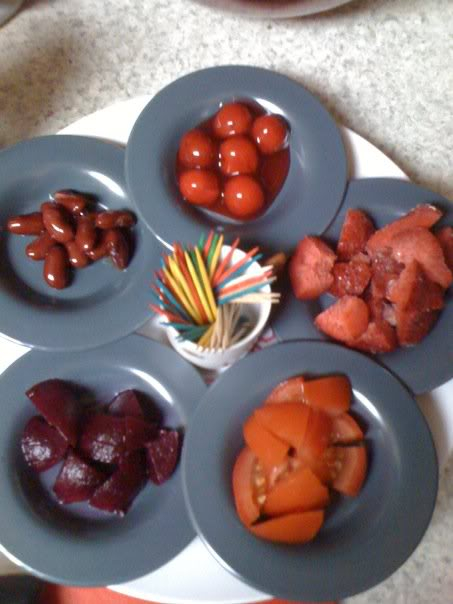 We cube into bite size pieces, cheese. Let it sit out on the counter for about 15 minutes, then place a pretzel stick in the center (instead of a toothpick). Kids love it, and you don't have to worry about anyone (the littles anyhow) getting hurt with toothpicks.

Reese wanted a snack tonight, & I thought of your Monkey Platter post a while back & gave it a shot. He LOVED it and thought it was the most fun idea :) We had raisins, HoneyComb cereal, mini-marshmallows & cheese slices. He ate every single bite and went on and on about how much fun it was.

I told him I read it on your blog & he wanted to know how old your kids were :) When I explained they were grown up, he refused to believe me. "There's no way Monkey Platters have been on Earth that long" he says. :)

Thanks for the fun idea...we will definitely make more. I loved the pics on the Monkey Platter page too! 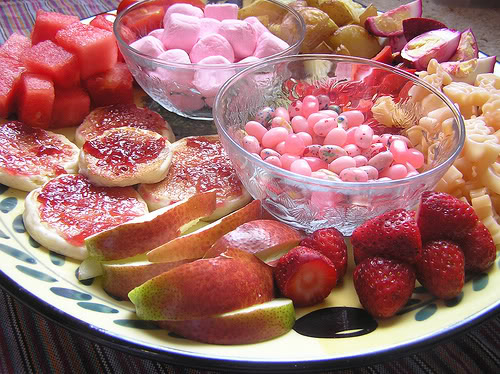 The glorious part of a monkey platter should be that it was just created lovingly for that child at that moment (or for a group at that moment), not that mom cut some stuff up yesterday and left it in the fridge. It should be fresh, suprising, arranged artistically, delivered with affection.