Instead of a garter, Artan gave a felt cap with a hatband and pin. Other retinue members received a pin too, in bronze. The hats have that pin gold plated. Queen Aziza created the original and Sir Raymond cast the copies. The design was based on a pin Queen Alexandra had made for members of the regiment. (Click any photo for a close-up.)

Those who received the Cordon Royal were Mordygan (King's Champion), Matilda (Mistress of Ceremonies), Anne (Head Lady in Waiting), Ælflæd (Steward) and Charles (Blue Iris Herald). (Click the hat for a larger view of the detail, a little smooshed in the scanner; Lady Ansteys Darcy made the caps.) 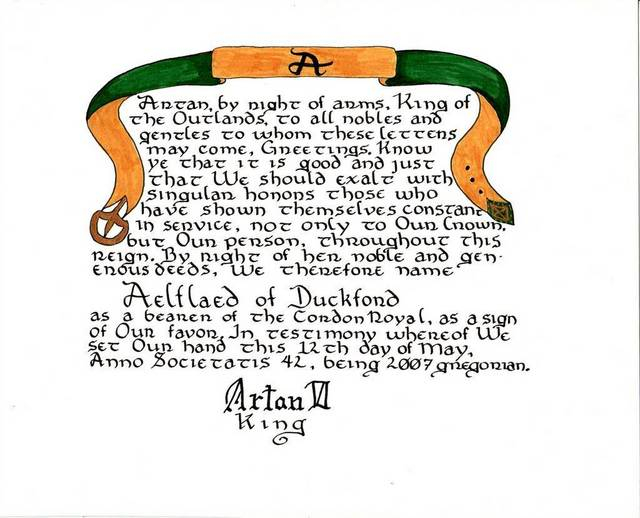 The scroll is by Dreamweaver (Lady Elanor O'Halloraine).
Awards in order of bestowal * Awards in precedence order * Duckford Home