This bio was lifted from the speakers' section of the 2017 Free To Be Unschooling Conference where Karen will be speaking (or is speaking, or spoke, depending when you read this). 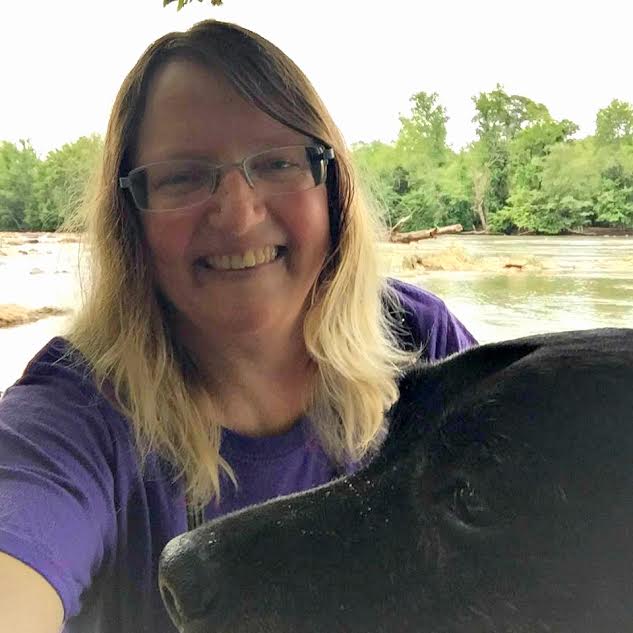 Caren Knox is a Charlotte, NC native, and an unschooling mom of two sons, who are 24 and 18.

We began unschooling after seeing how school was sapping the enthusiasm and joy of learning from my oldest when he was just in the 2nd grade. "Unschooling" was one of the first things I ever entered into an internet search engine, after a friend said, "There are many different ways to homeschool" in response to my saying I didn't want to ruin my relationship with my kids by becoming their teacher.

Every step and moment of growth in unschooling has brought numerous unforeseen gifts in our lives and all our relationships, and I'm so glad to be able to share some of what I've learned along the way. Lots of moms who went before me were willing to help illuminate our path and help me see my kids and our life with clarity and understanding, and I'm grateful to be able to pay that forward in some small way.

I'm a single, working mom, co-parenting with both boys' dads, who have been supportive of unschooling all the way.

I've collected quotes from Caren now and then over the years, and I'm glad to link them here. If anyone finds other Caren-writing out and about, let me know!
—Sandra
"In addition to this time being short, and precious - you are building the foundation of natural learning in your home. Learning flows when needs are met, connections are strong, and kids can absolutely trust their parents, and know their parents are there for them. Some of the core values of natural learning are trust, support, joy, and freedom. You are putting up scaffolding for years and years of learning by the choices you make now."
—Caren Knox, saved at Building an Unschooling Nest,
with a link to the original
How do they Learn?—Caren Knox answers #5 of the unschooling meme (2009)

The question was, "What kinds of ways do your family members learn about stuff these days?" Karen's answer was beautiful. It still is beautiful.

As my kids get older - my oldest is 19 - I'm seeing more vividly the results of parenting choices, not just in them, but in their more conventionally parented peers, as well. Generosity begets generosity.

SandraDodd.com/generosity
About meditation, breathing, and "householder yoga"—about halfway down this page, in a box: SandraDodd.com/breathing (2014) Parent-child bonding:

The ONLY way I've learned how to be a more present, more caring, generous partner with my kids was by being with them, trying on choices closer and closer to radical unschooling, learning from those choices, then choosing again, better, each time (most times).

There's more of that here: SandraDodd.com/bonding In a collection of special memories of childhood TV watching, Caren wrote:

I was just talking with my sister about this! Because The Wizard of Oz is playing on the big screen here today. I remember every year when it came on TV, getting our baths & putting on our pajamas early so we could watch it, both sitting right in front of the TV. We were allowed to stay up late! And we'd be there for each other when Miss Gulch took Toto, and when the flying monkeys were released. It was magic!