In a discussion in which a mom was concerned about a 14 year old boy who preferred being home, Connie Coyle wrote:

As I read through this thread, I kept thinking about hermits and other people that grow up to live a monastic life that is full of prayer and meditation. They live in communities and work together but they don't have a lot of social obligations. Their lives are actually pretty simple. I share this because my husband was a Benedictine monk for two years way before we met. Both of us tend to shy away from social situations that don't involve real connection. The bigger the group, the harder it is to connect. I don't think anybody would tell a monk that he needs to get out more.

Before coming to unschooling, neither of us had really identified that we don't have needs that involve lots of social activities. We prefer a slower, more meditative lifestyle. Before realizing this, we were afraid that the girls weren't getting enough socialization or enough opportunities to find friends. Really, we used to push ourselves into social situations because that is what we thought we were supposed to do. The more we dissected things and the more we allowed ourselves to be honest with ourselves, the more we realized that neither of us have big social needs. As our girls have gotten older and we have gotten further alone in our unschooling journey, we have realized that our girls aren't much different. They are not us and we try to give them lots of options but most of the time they would rather not deal with situations that involve social stuff. They like going out and having fun but not doing stuff like play groups or homeschool groups. Our 7 year old is in the church choir but that is because she loves singing and doesn't really have to worry about the social aspects of it. She can sit and pay attention to the choir director and focus her attention on singing.

In talking about social stuff like play dates with our oldest, she has said that she would rather have no friends than have friends that didn't have the same interests as her. She has a wicked good sense of humor and most kids her age don't get her. She would rather hang out with her online friends or adults than deal with play dates that tend to be shallow and more for the parents than for the kids. Those weren't her exact words but that is the gist of what she has said.

Some children have seasons of wanting to cocoon at home (some adults, too). Sometimes an unschooled child will go through a year or two of not wanting to go out. And some, as Connie describes so well above, are inclined to be inward-looking.

I think in Howard Gardner's intelligence theory, this might perhaps involve more intrapersonal intelligence than average. But there are artists and writers who prefer a great deal of time alone, too. And even among those with kinesthetic intelligence, there are some who prefer hiking, climbing or skiing. There are those who practice sleight-of-hand and juggling for many hours alone. There are musicians who play a thousand hours in private for every hour they might share with others.

When such children are in school, they find ways to make themselves invisible if they can. The advantages of being home are abundant for those with such inclinations.

The Weather of the Soul

Sometimes I get still. That's good, because sometimes I don't, and can't. If I were that zippy all the time, my body, mind and soul would probably wear out.
. . . .

When I was younger and I would change, I thought something was wrong with me. I was under the mistaken impression that personality and mood should be constants. Life is better when I think of those fluctuations as tides, or as the weather of the soul. 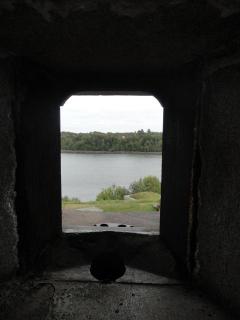