Origin of the term "Unschooling"
Sandra Dodd, August 2008
On an Australian message board, someone wrote:

Maybe the concept unschooling came about in the USA because parents were taking their kids out of school, and deschooling them back to unschooling/natural learning ways of learning?

Wasn't it Sandra Dodd who coined the term 'radical unschooling'? I'd love to hear your definition of this Sandra.

There was a 7-Up commercial in the 1970's. 7-Up is a carbonated lemon/lime thing. At the time, there was also a huge competition between Pepsi and Coca-Cola (international—one got importation rights to the USSR and the other didn't, one got McDonald's and the other didn't—stuff like that). So 7-Up made a commercial that said "7-Up: The UNcola."

And THAT is why it's called "UNschooling."

I don't know if I first wrote "radical unschooling" or not, but it was in a sorting-out phase when there was a very big homeschooling forum on AOL in the early 1990s and there came to be tussles over who was or wasn't unschooling, because the forum split out a separate "room" with message boards and all for unschoolers.

In those same days the term "eclectic" came up to describe hybrid school-at-home/natural learning plans.

I didn't keep the discussions. Who knew we would need to know? And who knew AOL would shut it all down and delete a bunch of stuff? But some of us accepted the "radical" label because it could be interpreted to mean total or uncompromising, and that was fine.

My favorite cohorts over the years have been Pam Sorooshian and Joyce Fetteroll. Deb Lewis is fantastic, but often busy with other things. Lyle Perry was wonderful to riff with too, and I heard from him last week! His boys are big, and he's busy.

Anyway...
Pam and I have very often drawn the line when people come to define unschooling to us, or say "I thought unschooling meant..." From time to time one or the other of us has objected to these ideas:
"Child-led learning"
"Non-coercive parenting"

As "NCP," the latter is the name of a very narrow definition and I don't want to be linked with that movement (TCP, Taking Children Seriously). The former suggests that parents should be passive and wait. Unschooling needs activity and motion!

So then people will say "So you're coercive?" Seeing the world in black and white is a problem. We're not dealing in opposites. We're dealing in principles.

Some people make rules and say an unschooling parent MUST always or never do this or that. It's better to find the principles behind what you believe and make your best decision in each instance based on a principle.

If anyone read that and is baffled, these might help:
Building an Unschooling Nest
Living by Principles instead of by Rules

It's not all all my writing. It's part of my packrat collection of some of the best things written to help people understand how wonderful their life with their children can be!

When I first heard the term the commercials were still on TV, and I figured it was a play on that. I think I read it in an issue of Growing Without Schooling, too, but Pat Farenga confirmed it when speaking at a conference in California in 1996.

Here's an older commercial that was the intro to the idea. It was long and so wasn't run as often, it wasn't as catchy, and didn't end up with "the UNcola," but it's good for background. I'm sure it didn't hurt any, the comparisons made between cola nuts and "uncola nuts" when John Holt was deciding what name to put on his call for people to take kids out of school and let them learn naturally.

The videos don't stick around, but someone has made a series of several, with Geoffrey Holder. https://www.youtube.com/playlist?list=PLNctr9eqfA0dVrHp6S12FUIH4_cMSxEmA

I really like the one of the little girls asking "Why?" and him answering all her questions. :-)

The actor with the great voice in those commercials is Geoffrey Holder, who is a choreographer, costumer, actor in dramas and musicals (live and film) and voiceovers. In those days he was in "Live and Let Die," and some of you might know him as "Punjab" in the 1982 version of Annie. He got a Tony Award for directing "The Wiz" and in his acceptance speech he said "Try making something like that out of a cola nut." So he was pretty famous for the commercials. (He also got a Tony for costuming that year.) 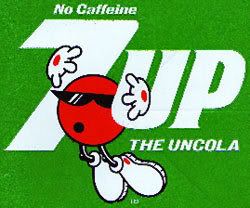 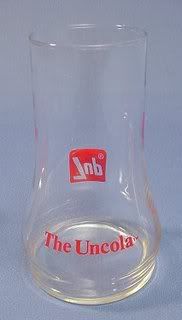 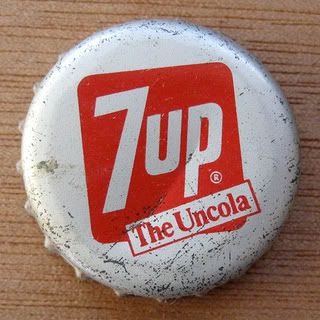 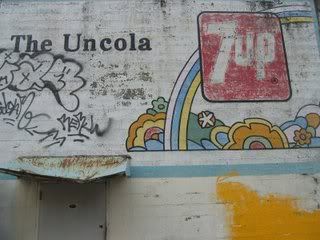 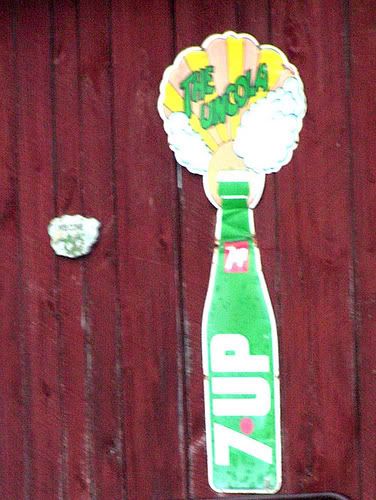