I did an odd thing, when Kirby was five. I consciously decided not to use the names of "subject areas," ever. Whether he liked something or not, I wasn't going to tell him it was "history" or "math" or "science." Each of those is made up of dozens, hundreds of interests and unrelated topics.

In school, kids decide to declare that they like or hate "science," when really geology has very little to do with psychology or surgery. Same with "geography." Would someone who "likes geography" because he's fascinated by maps and mapping necessarily care about the major production of different regions of the world, or traditional costume of Afghanistan?

But as an unschooling mom, I think it's important for the parents not to say "I don't like... (maps/science/costume/psychology), because if you have fears and prejudices left over from school, it's a good thing to do whatever internal work you need to get over that, so you can answer your children's questions without showing (and maybe passing on) an aversion. 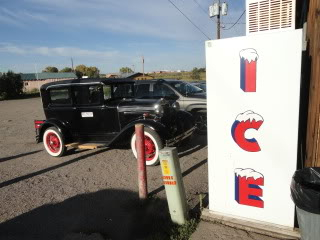 That being said, it still does help new unschooling parents to get ideas about what resources and projects might help get subject matter and opportunities in their kids' paths. So the links below are intended to be helpful to the parents, not "subjects" for the kids. Any subjects leads to every other subject, and every other connection of any sort. Rather than sorting things out with your children, try to keep blending and mixing.

Religion leads to history, to geography, to clothing, to fashion, to business and imports to transportation to law. Law leads to ethics to medicine to religion. Any of those "leads to" points could lead to a dozen OTHER destinations, so even with a list that short, it starts to blanket time and space. Don't resist those weird tangents; jump on them and ride.

This starts off one place, and ends up on the subject of "subjects."

In a discussion unrelated to this, I had written:

There are no "preschoolers" when you're not planning to send a child to school. There are young children. In the same way that it's better, for unschoolers, to say a child is eight than that he is a third grader, the designation "pre-schooler" is jarring.

Thank you, Sandra for posting this! More and more I am beginning to understand what you say about the power of our words, the semantics of them, and what they reveal about our thoughts deep down. I used to think long ago this was a bit nitpicky, but really can see what you mean when I really stop and think about it.

I think that awareness (for me anyway) is easier to come by with some of our loaded words like "lazy", "she-he always/never.." and such, but most of us weren't homeschooled let alone unschooled and as such don't realize the impact of being graded, sorted, and categorized from the age of 2-3 or so (ie-being regarded as "toddler", preschooler" and so on). The more I take the word "teach" out of my vocabulary and am conscious of it the better it is for me and the easier it is to see my children's lives as one seamless whole and not divided by subjects.

The School in my Head

Notes from Sandra added to link this to a Blog Carnival (no longer available) in September 2008:

When I was sixteen, the age Holly, my youngest, is now, I was in a humanities class taught by Sam Jamison, my chorus teacher. I remember how it felt when I realized that science, art and history were all the same "subject," and that it included people and language and music. It was a feeling of expansiveness, of blossoming. I remember right where I was sitting. Whatever he had said, or whatever connection I had just made from something I read or saw in that textbook changed my life right then and there.

When I was an English teacher, I always tried to include connections and references to other subjects, hoping to induce that awakening in my students, or at least to give them the parts they needed to assemble that during an idle moment sometime in their future.

Time passed. I unschooled for years, and by the time Holly was talking, the other kids had picked up some names of subjects from TV shows or jokes or conversation. Defining a word like "science" after a kid already knows a lot about the world is nothing like using it before you tell him about a bug or a leaf. It made a big difference in my children's learning. I still didn't categorize their learning, though, even after they had the terminology.

A fifteen-minute podcast on Academics from September 2014.

Podcast created by Amy Childs, with Sandra Dodd, Robin Grille, Peter Gray, and Pam Sorooshian as part of a series called "The Unschooling Life," at Unschooling Support (a site no longer available). 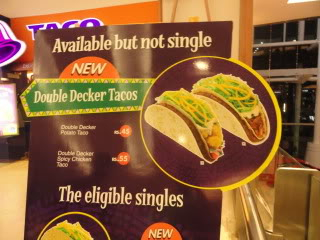 Rather than sorting things out with your children, try to keep blending and mixing. Religion leads to history, to geography, to clothing, to fashion, to business and imports to transportation to law. Law leads to ethics to medicine to religion. Any of those "leads to" points could lead to a dozen OTHER destinations, so even with a list that short, it starts to blanket time and space. Don't resist those weird tangents; jump on them and ride.
photo by Sandra Dodd, at Taco Bell in a mall in Bangalore, 2011
Checklists for Unschoolers

Your House as a Museum

The ice machine photo was taken in Chama, New Mexico, by Sandra Dodd, 2015