and thoughts on bonds, broken and possibly re-established


Sandra Dodd, 4:05am Jan 14, 2014, at Radical Unschooling Info on Facebook, about parents being with their children all the time:

This is often true, but not every time. I'm really glad it was true for you, Angel. It's important to consider:

-=-I used to feel that I couldn't handle being together 24/7, but the stressful behavior I assumed would accompany that was due to him having so little of me that he was doing what he needed to to get my attention. He doesn't have to do that anymore, and our relationship is totally different.-=-

Lots of people, when they first hear of homeschooling or unschooling say (almost before they take a breath) "I couldn't be with my child all the time." School (and even daycare) can break the bond between parent and child. There are, and have been in the past, various culturally approved bonds-breaking practices, so one thing we're doing with unschooling is purposefully nurturing bonds, and these relationships.

Lots of parents discover that *if* they can relax into that relationship building, that they can't believe they weren't with their children 24/7 before, and they make up for lost time, and it gets easier and easier.

There are, though, sometimes parents who can't. It's a luxury we shouldn't take for granted. Some people can't do it financially, or physically (sharing living space with others with authority over the space and other ideas), or emotionally (can't relax) or philosophically (can think of these things, but really can't reprioritize) or aren't realistic (hope they can give less than all and have it operate as though they had given all).

Assurances from others can't make up the difference. It needs to be made to work from the inside, not from the outside. We can help by providing tools and coaching and giving pointers based on reports of problems, but words don't change posture and emotion from the outside. Only if the mom can manage to take the ideas in and really understand them and let them change her will they be helpful. And that only happens gradually and with practice and observation of her own children's responses.

The aspects of parenting that create a nurturing environment aren't equally distributed in all people. Some teachers are more nurturing that some parents, in some kids lives.

It can be an inspiring phrase, but it's not always true. People have limitations and obstacles. And sometimes a wish can seem like "a will."

Sandra Dodd, I think what you wrote above is really important and insightful and worth keeping somewhere safe. I think for most parents who are not with their kids all the time it is difficult for them to imagine what it would be like and think that they can't handle it. And I also think that for it to be healthy and enjoyable for everyone most parents are going to have to make pretty huge paradigm shifts. The accepted norms in our culture often sever bonds between parents and children - usually when the kids are still babies.

I think many people (including myself) don't want to make others feel like we think we are "better" or "special" so it is common to reassure people "you could do this too!" But the truth is everyone has different backgrounds and limits. Even in our own family my husband and I have very different limits - and it is definitely a good thing for all of us that I am the one that is home with the kids. He is an amazing father and husband, but it would be a lot more difficult for him to do what I do. There is nothing wrong with saying this or recognizing it and also there is always room for growth and change - in all of us.


Photos are links. Credits are there. 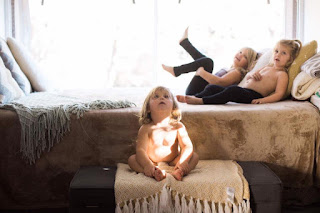 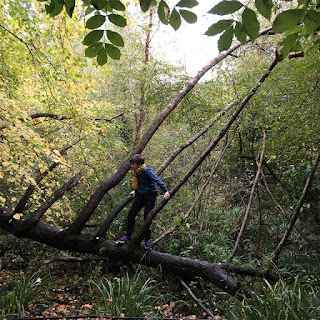 "I can get excited by little things!!! My mom and dad are like that. I am like that! 🙂"

It's genetic. A "heritable trait" (something someone can be born with, because their parents had it, like hair texture or eye color). "Openness to Experience," they call it.

Those who have lots of it, and whose kids have lots, will find unschooling richer and easier.

But some who are born with that have it extinguished by school or negativity of one sort or another. So sometimes it can be re-ignited, which is what deschooling is about for lots of people. And those who don't have much of it should fake it—schedule things, make lists of things to do and explore.

If there's a family with none of it, neither parent gives a rat's ass about racoons or armadillos or kangaroos, and the kids can't be bothered to get up to look out the window at a hot-air balloon or the northern lights, they should NOT be unschoolers.


Posts at Just Add Light and Stir that mention obstacles

How to Screw Up Unschooling

Many aspects of *being* with children