Finally we did get moonflowers, and they're huge and beautiful. The vines are strong, but the flowers are fragile. Nearly 6" across, but very fragile to wind or touch. October 2, we had ten blooms.
October 3 (three photos following this) FIFTEEN!

info on getting them started is down below 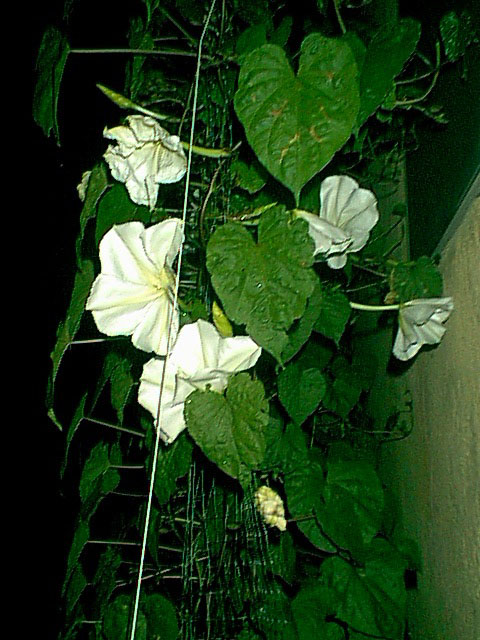 You can see some of yesterday's and some that will open in a few days. The photo was taking at 1:30 a.m. They might be more open in the morning, but will close by mid-day, like the one at the bottom. 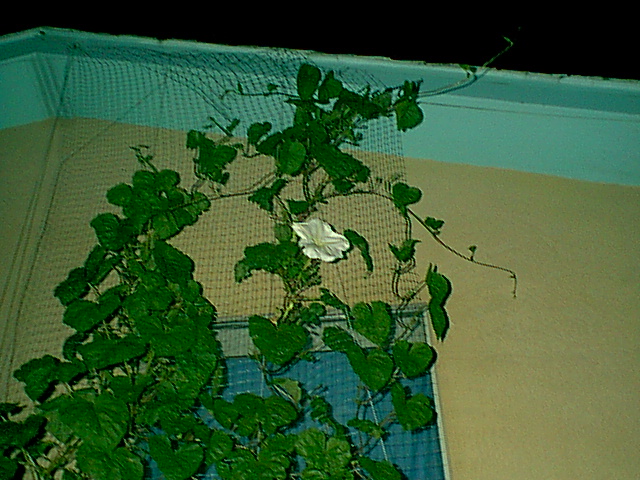 One was way up high. 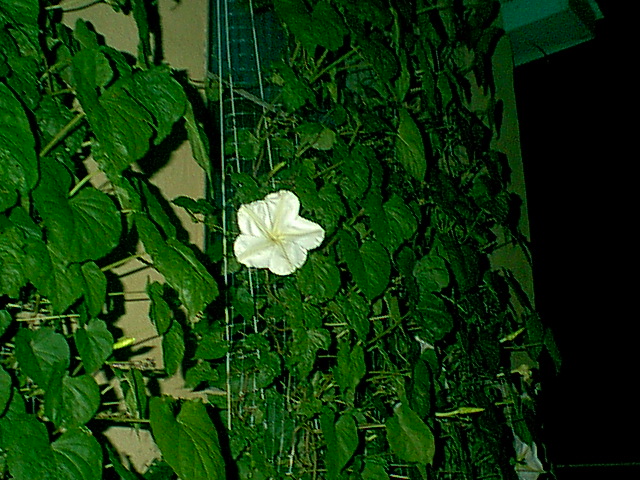 They're called moonflowers, but this one shows a beautiful star.

I soak the seeds in water for a whole day (24 hours or so), and then put them into a ziploc bag with a wet paper towel. I didn't seal it totally, but also didn't prop it open.

Some would already be sprouting by then. I'd leave them in with the wet paper towel for several days, by which time most would have a root and some a shoot, and the put them in largish peat pots. When the seedlings were strong (and those seedings are BIG) I'd put them outside.

The first year, I put them out too late for them to do very well.

This year (2006, the second year), I had them in the ground by Memorial Day, and they are doing MUCH better. In 2005, by the time they were ready to really bloom, the nights were too chilly for them to open.

Some of his year's seedlings: 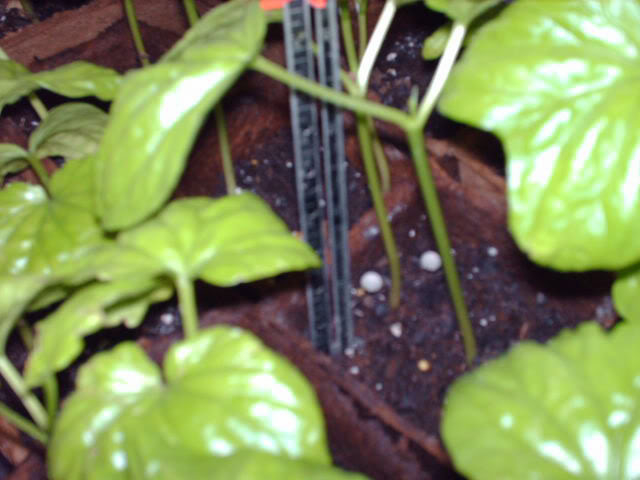 Out of focus, but about 6" seedlings at that point.
Other notes from our house and yard