___
Moments: Living in moments instead of by whole days

Something the unschooling discussion gained years ago from someone no one can remember to credit (name separated from quote and not claimed, over the years) is that it's better to think of good moments or bad moments, rather than to curse a whole day with "this is a bad day."

Here's something related to it. It's the Zen-a-day calendar quote for today:

Today, in the car, as we drove to the swimming pool, I was talking to David about how I can't think of the last time I would write off a day as a bad day. There are bad moments, but I don't think we've had a terrible, horrible, no good, very bad day in, well, a very, very long time. Looking at tense moments as moments instead of as the great swath of time that a day can be makes a huge difference in how I respond to something. Or how I offer myself. Or how I respond to Simon or Linnaea when they are having a difficult moment.

Later, in late 2009, Schuyler summarized for a newer unschooler:

It helps a lot to try for better moments not days. Don't judge a day by one upset, judge it as a bad moment and move forward. A little bit better each moment. A little bit more aware.
(You can click it for the full summary of how she became a calmer, more content mom.)

I have been thinking a lot about the example Sandra gave a while back to a mom whose kid was hiding behind the door, waiting to scare the younger brother—the suggestion was, what if the mom were to say, loud enough for everyone to hear, "your brother is behind the door, act scared."

This is so easy a solution, one little sentence that makes the whole thing a non-problem, and rather, turns it into a game that connects all the participants. I have been thinking and thinking about where that response could come from in me—who would I have to be to have that response. I've been facing how the current me would be a lot more likely (at least until I read that post) to have some half-formed thought in my head that the scaring kid should not be acting that way, and then thinking I had to do something to make the scaring kid see the wrong of it, so he would not do it again.

So, I started thinking, (and this is just what I imagine I would be doing if I had said that, not trying to analyze what Sandra may have been thinking at that moment) that maybe that easy, fun response was about making that one moment a good one. It wasn't in the future about keeping the kid from scaring again. It wasn't coming from a picture of how the kid ought to be different than he was at that moment. It was just about making that one moment more fun and safe for everyone.

How much easier to just try to make one moment more fun and safe, rather than trying to manage all these future (imagined) moments by trying to get the kids to change into (my idea of) fun & safe people. That makes *me* NOT fun, and NOT (emotionally) safe for my kids. Ha! Turns the whole thing on its head.

I'm also struck by how just a little comment like that, relaying the idea of saying, "your brother is behind the door, act scared," has set off such a chain of thinking and changing in me. Sometimes it is the tiniest thing that is able to get through the years of enculturated prejudice against children.

I wanted to write this to thank Sandra and other posters who share the small moments of their lives here. Also, I'd welcome any further thoughts on this if I am out in left field somewhere.

We've been getting Astro Boy Happy Meal toys for Michael and he wanted to go back for another one today, he wanted me to promise we would, and so I said LET'S GO NOW! even though I was running around crazy trying to get us ready for a day out. It only took 10 minutes!

I don't make resolutions, and I think they're a bad idea. Deciding today what I want to hold important a year from now sets me up for failure.

It's such a big part of our culture to get it done now, fix it all now, make it happen now, do, do, do, do. Sometimes what life really requires is calm and patience. A very valuable thing to learn in life is to how to take care of ourselves and others during times of stress and times that aren't ideal and wonderful.

I think that's part of "stopping and smelling the roses". If you don't take that time, you miss some pretty wonderful bits of life. When there is stress and other negative influences happening around us, it's even MORE important to take that time to seek out the beauty and the softness and the sweet and light and happy things.

In practice it becomes the difference between getting mired in the horrible things in life and reacting, in a weird continuous loop, and choosing to seek out positive and good. Sometimes terrible things happen and we live on and get to choose how that living on is going to be. That's a really powerful thing!

Jenny, I hear you talking here about the idea of staying with the process rather than focusing on the results. I think Western culture is extremely results oriented, so that on top of the get-it-done-now mindset, we tend also to want to control outcomes: if only we could know in advance that everything would work out exactly as we want, *then* we could relax and let things happen. But since there are no guarantees, we get caught up in trying to control the situations and circumstances around us (and often the people), trying to make things happen right now, our way.

One of the biggest shifts in my unschooling journey has been changing my focus - staying in the present, letting go of the need to have things match my expectations (or those of the school world around me), relaxing my grip on What The Future Is Going To Bring. Letting go of the need to control the results is the path to living peacefully, because it keeps me oriented to The Process, to living mindfully in the present.

"If Only I'd Started Sooner..." a collection of wishes and regrets

Getting It—"aha!" moments when unschooling starts to work

What time was it when you started Living by the Clock?

and more on Living by moments 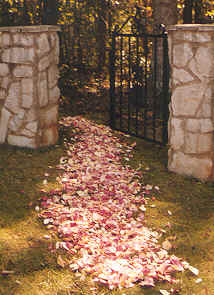