These are the podcasts in which Amy used Janine's words and thoughts. I've collected them here, though some are elsewhere on my site, too.
"Spoiling" Children? from September 2014. Janine's part starts at 9:06, and that's her photo. 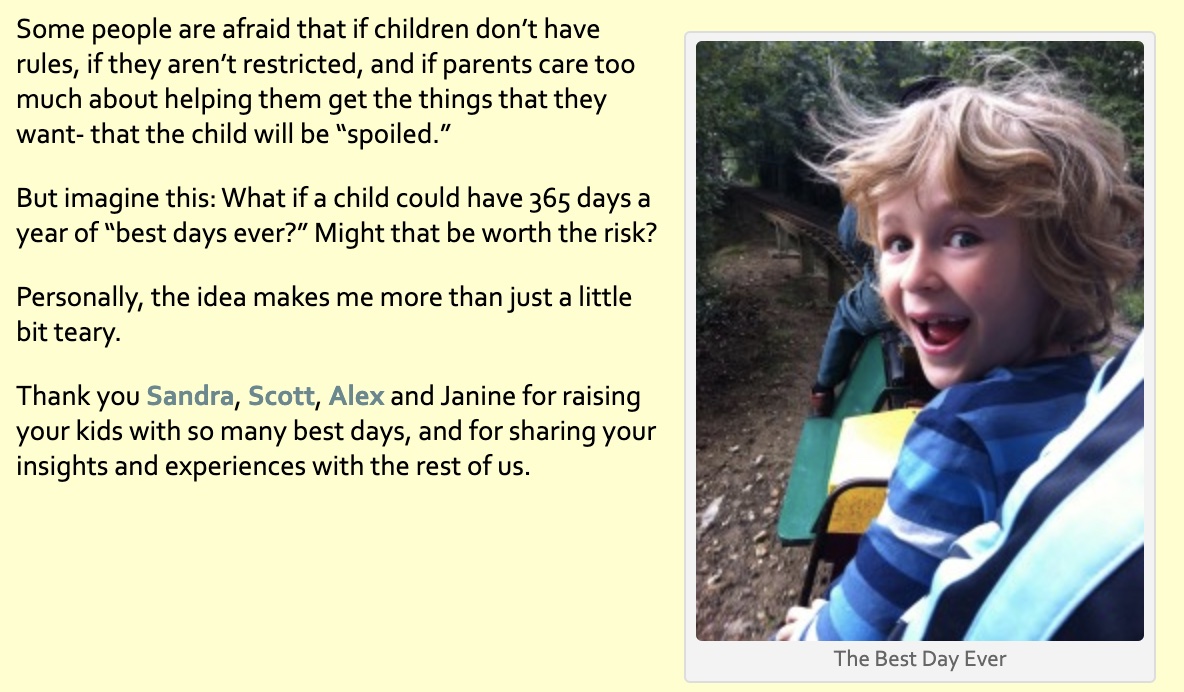 
Typical Day from October 2014—mostly Janine on this one! (and a photo) 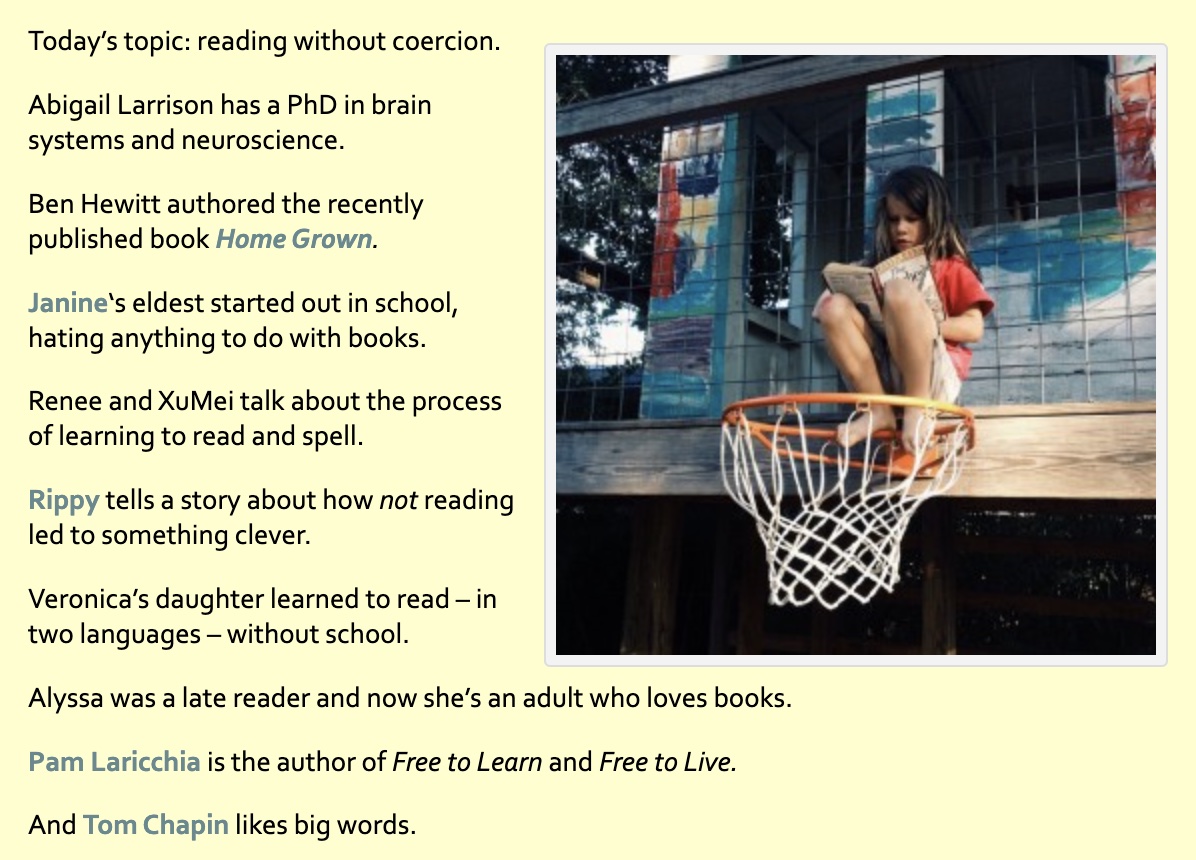 Intro by Amy Childs, I lifted it from The Internet Archive, here. 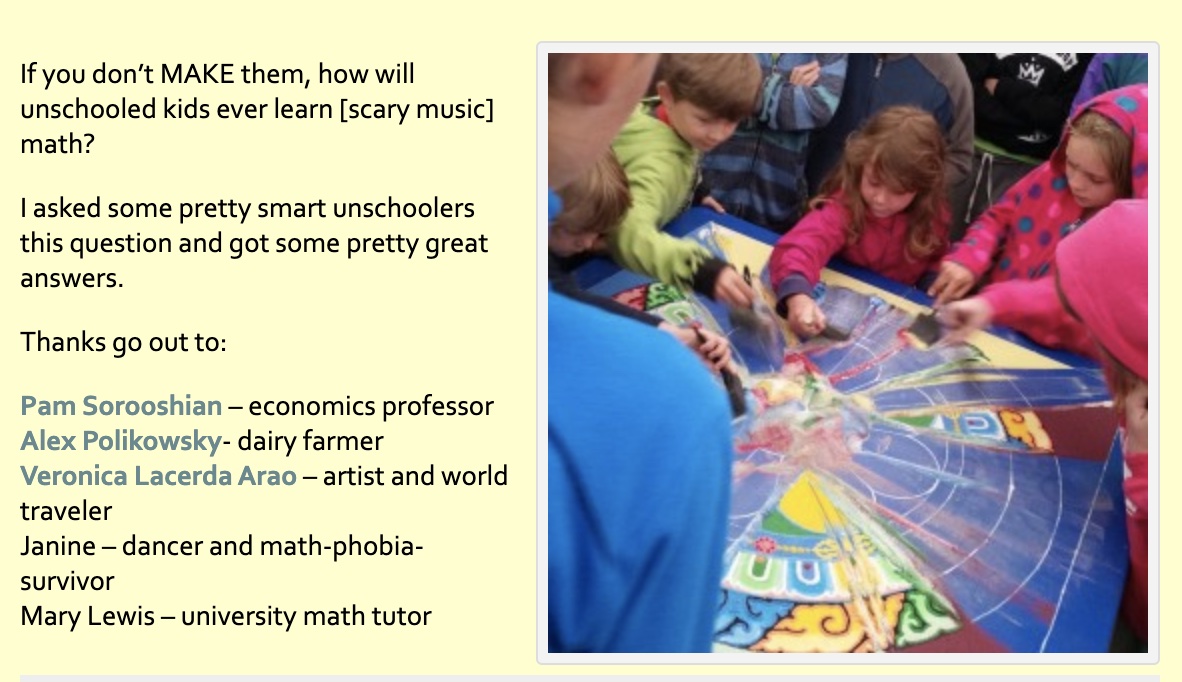 Those words are by Amy Childs, and I lifted the image from The Internet Archive, here

Healing from March 2015. At 10:25, Janine is reading from something beautiful she had written. 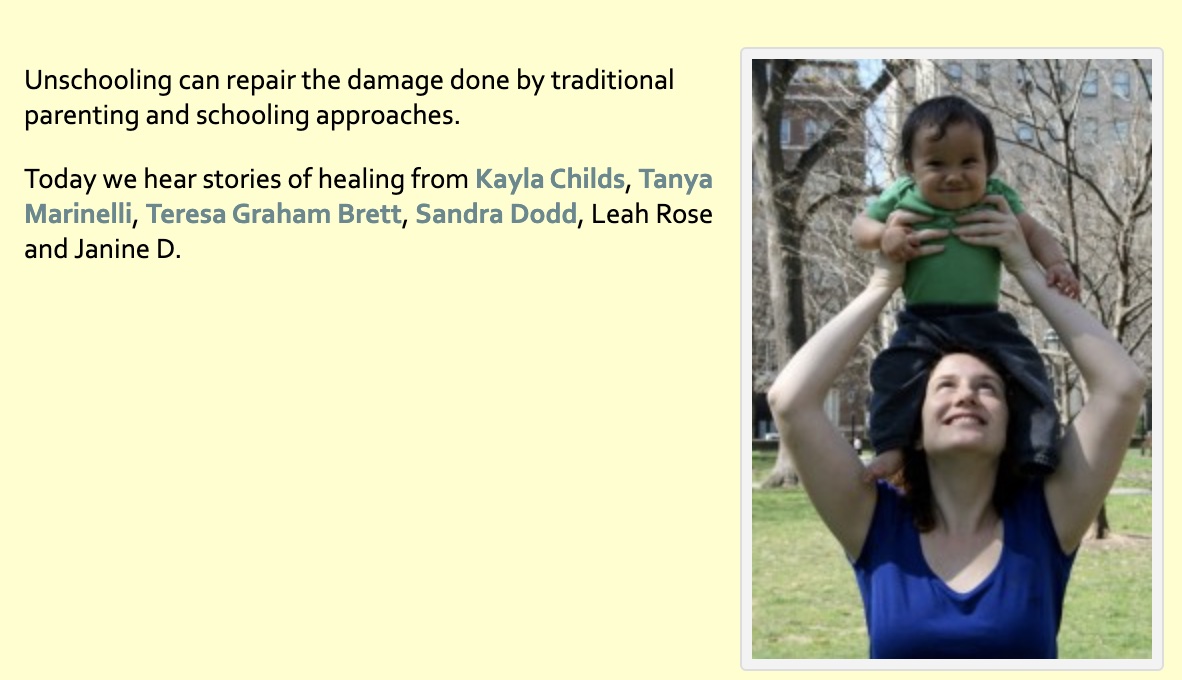 More on healing through unschooling