A photo site which was once on AOL is being moved here. Sorry for construction and incompleteness; check back again sometime! 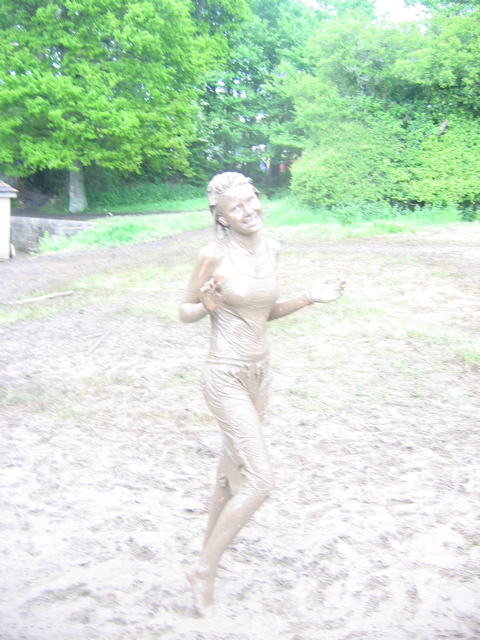 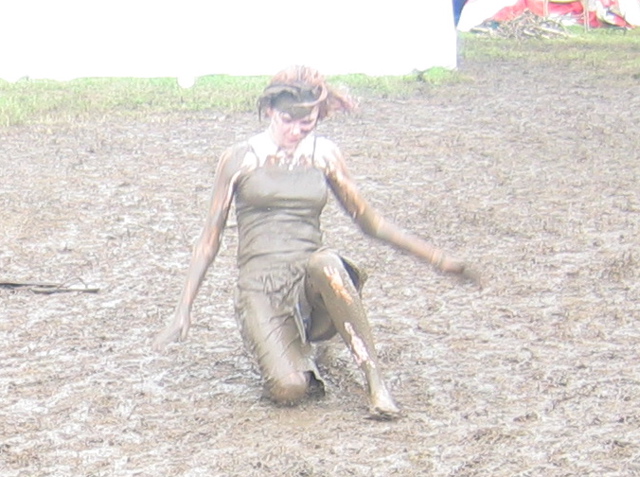 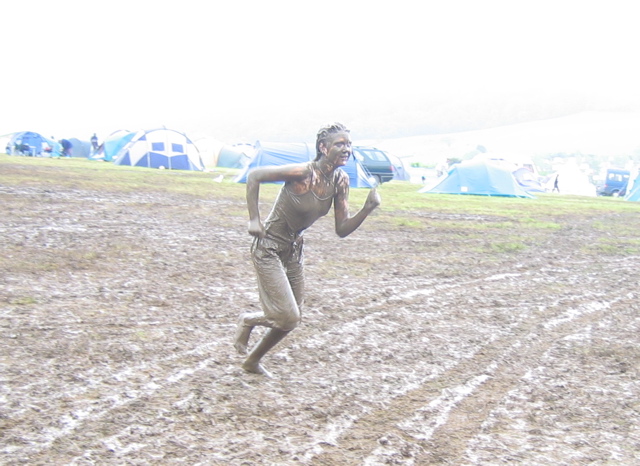 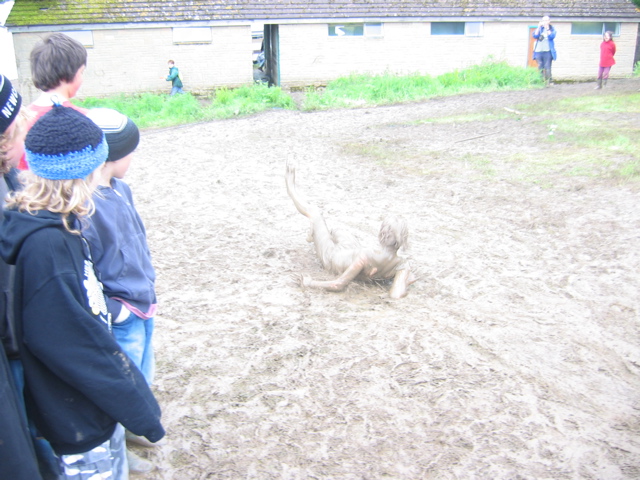 On the way out we were held up in the morning by horrible traffic which caused us to just miss our boat (even though I planned for an extra hour of traffic---eeek) That was alright though because we enjoyed hanging out at Dover. There are lots of cool things to look at in the Port. Cliffs. Boats. Big weird machines. Unfortunately, the boat we were finally scheduled to go on was two hours late so we got into France too late for the aquarium/museum...and decided to go to Belgium instead. Fair trade:-)

After Belgium we got back on-track towards Normandy. By the time we reached Abbeyville Leon and I were feeling too tired to drive so after a bit of searching around we found a nice hotel in the city centre and took two rooms. Later the girls and I walked around and found a late night kabab place. The owners were Turkish and they made us some wonderful take-away.

The next morning we walked around to the D'emonville Parc (a library and park not far from the hotel). Then went on to Bayeux. Here are some pics from the first day out.

The van at Woodcote just as we were setting out

Holly, being jolly and happy with the “White” cliffs of Dover in the background.

Family photo (with Holly in the middle)

Holly on the ferry boat

Holly and Jazzy in the chocolate booth at the grocery store in Belgium. The chocolate there was amazing!

The first pic is to more or less show that the kids all started with clothes on:-) The girls first testing the water.

It was about 6 pm but still very sunny and warm. Holly had to pee and there were no toilets around. I have to wonder if this was a conscious choice of the French---so it was either in the ocean or (you guessed it) in the German bunkers. I told Holly it was fine to take a quick one in the bunker. And, truth be told, there was a bit of satisfaction bubbling inside as my family had been truly mistreated by the Germans in this part of France. Remember, my dad was born in Normandy 1941 (his father American intelligence officer, mother French). I won't go into icky details, but my grandparents were a part of the underground railroad and housed English jews in their Normandy attic until it was safe for them to cross again. They all survived but the Germans were cruel and often terrorized my grandmother who was alone with six children. So having our sweet Holly take a pee in the corner was really kinda satisfying. After that I *wanted* to pee too but couldn't muster enough. Jazzy tried too. After awhile were all laughing about it and that was the best way to tuck away the horrors and appreciate the sacrifices.

Both Leon and I talked with the girls about the efforts of the Americans in particular and of the Alliance in general. Later we went to the American cemetery but it was closed.

After about ten minutes on the beach Sophie and Darwin took off their clothes. Fine by us. May be weird in the states (not sure, its been a long time since I thought about having naked kids there), but as France is of Catholic and not Puritan upbringing, they have naked babies all over the place, in the arts, architecture, and on the beaches.

#7 is my favorite pic of the day. The kids were all having a great time. They kept screaming 'We're in France! On the beach!' The photo was taken with my back to the sea so you can see the hills that the bunkers were tucked into up above. It was such a touching thing to have all these beautiful and happy children at this beach. Leon and I kept reminding each other that it could have all been so different. Big shivers.

(Thanks for the photos and notes, Helen and Leon!!--Sandra)

(Holly and Jasmine facing out; other two coming on the right)

What are they going to do in that bunker?

This pic is of Holly and Darwin on TOP of a German bunker/gun post facing the sea (D-day landing).

This is the type of fish that the kids kept catching and making little pool environments for. This one is only playing dead.

Sophie's bootie is particularly wonderful so I thought to include this. No worries if it ends up online.

Holly found a neat looking white teeny white crab. This one wasn't alive but she wanted a picture because it was so cool.

"We're in France! On the beach!" (four kids waving and posing)

Jazzy and Holly heading for the water yet again. (Jasmine front left, memorial on the horizon)

The girls in the cold water at Omaha beach. They actually went in a bit further too. The water was very calm.

Holly kept saying how much she loved being at a real beach and being in the ocean even though it was cold. (the photo I cropped skinny)

Holly this close to the real Bayeaux Tapestry

People have carved homes into the cliffs there for centuries, and some are for rent!

Back in the cave gite. Holly and Helene.

Holly in the kitchen of the gite.

Leon in the 'salon'.

The babies being cozy in the 'lounge'.

Holly's bed in the girls room.

Breakfast at the gite. Here's a picture of Leon enjoying a French tart:-)

Wedding (and Hen Party before)

Once we arrived at our gite just outside of Le Puy Notre Dame (in the Saumur region of the Loire) we were all hungry and went to a local auberge on a little pond. It had a very limited menu and the waitress was a bit daft, but the children there were really nice with all of ours ----even though there was a huge language gap.

The following night we went to the Hen Party at a lovely 12th century (at its base) restaurant in Montreuil Bellay which was about ten minutes from our cave gite.

This is the civil ceremony, the only wedding ceremony legally acknowledged in France. The tall guy in tan suit is the Mayor of St. Macaire du Bois. The wedding was held in both French and English. We were told it was the first English wedding in St. Macaire ever. The Mayor is also a master vintner and joined us at the wedding for many toasts with his glorious sparkling wine from the grapes of the Saumur region. Amazing stuff.

After the wedding, outside the Mairie, the kids were permitted to play around on the horse cart til the newleyweds left for the the reception.

The reception was held at Le Tilleul (the b&b at St. Macaire that's owned by Veryan's sister). During the reception the guests were offered rides in the horsecart. Most of the kids went several times. It was so beautiful outside and just a lovely scene all around.

Holly, Jazzy, and a group of sweet French girls they all played with during dinner.

Holly & Jazzy (and Darwin being silly) at the historic restaurant.

Next day (30th Ma), the wedding party arrives by horse cart. This is Timothy Hole and Veryan Thomas. Both very lovely people.

Holly and Sophie on the horse cart.

At the wedding reception Holly and Jasmine were asked if they didn't mind serving hors d'ourves. They seemed to enjoy it.

(without caption, the one of Holly in the horsecart looking skyward)

The next day, on the road back to Calais we stopped for a nice picnic.

These photos answer many questions and show things Holly was trying to describe and giving up on. Details! I love details. –Sandra

Holly on bus heading towards Soho

Keith and met Holly at the airport Monday night with a large KFC macaroni and cheese, as requested, and we were thrilled to see her!!

Holly's Going-Away party on the 12th

I don't know how to get this in better order, but photos don't always arrive in order anyway.

The day before Holly left England, there was an American-style barbecue (well, grilled hotdogs, in honor of there being so many little kids). Jasmine did the noodle salad, and Holly did the fruit plate.

Dressed as Addie for Kirby's birthday

One of Holly's favorite movies is Paper Moon, and she went as Addie Loggins to a costume party 7/29/05. Besides our family, only two other people had seen the movie.

Holly as Addie, from Paper Moon. She had a cigar box with candy cigarettes in it but we didn't get a photo.

the one with santa was uncaptioned