The problem with "education"

DoLifeRight: What resources do you use for your children’s “educations”? Feel free to comment on the word “education”.

Sandra Dodd: We don’t “educate” our children. We help arrange so that they have so many learning opportunities they can’t possibly take advantage of them all. We have friends with interesting jobs and hobbies. We invite them over, and we visit them. We have a house full of books, music, games, toys, movies, art materials, plants, food and dress-up clothes. We don’t expect learning to happen in the house, nor in museums, but we know it happens everywhere. We don’t expect learning to happen during daylight hours or on weekdays. We know it happens all the time. So we don’t “use resources” except that we see every thing we discuss or see, smell, touch, hear or taste to be a resource. It’s not a word we use, because it’s all of life.

20 Unschooling Questions: Sandra Dodd from NM, USA
In a 1998 interview (also in writing), I responded:

Deschooling means dismantling the overlay of school. Gradually (or just all of a sudden, if you have that ability) stop speaking and thinking in terms of grades, semesters, school-days, education, scores, tests, introductions, reviews, and performance, and replace those artificial strictures and measures with ideas like morning, hungry, happy, new, learning, interesting, playing, exploring and living.

An Interview with Sandra Dodd, by Emily Subler, 1998

In a January 2013 discussion on Radical Unschooling Info (a facebook group), someone asked:

Is the word, education, a horrible term to use in the realm of unschooling?

To respond to your original question, a few years ago, I responded to an unschooling questionnaire. One of the questions was:

What resources do you use for your children’s “educations?” Feel free to comment on the word “education.”

Ah, you’ve been burned by unschoolers before! While some would argue that debating the word “education” is mere semantics, I’d counter that, at root, all language is mere semantics. In a sense, this is the core differentiation between unschooling and all other forms of educational philosophy. Therefore, it is significant and worthy of discussion.

Let’s use some of that classical education I suffered through as a child. We get our word “educate” from the Latin verb “educo” which does literally mean “to educate” but the root implication is “to lead” or “to draw out from.” Caesar ducos his troops; a teacher educos his students. I dislike the parallel, especially because I find it painfully accurate. This is most obvious in the Elenctic method popularized by Socrates. The teacher leads the student to the conclusion the teacher wants the student to accept by drawing the student out with a series of structured (leading) questions. It seems like the student is engaged in a meaningful intellectual exercise but it is, in fact, carefully choreographed and completely controlled by the teacher.

This is precisely what happens in “education” or “teaching,” the other word unschoolers dislike. It is not genuine. It is not honest. It is not really “learning.”

Empire-period Romans knew the difference two millennia ago. Dum spiro, disco. While I’m alive, I’m learning. Disco not educo. And one I like: Nemo nisi per amicitiam cognoscitur. Nobody understands anything unless they like what they’re studying. Cognosco not educo. “To know,” “to understand (for yourself),” not “to be led (to someone else’s opinion).”

As I said in my opening paragraph, for me the core difference between unschooling and all other educational philosophies is freedom vs. coercion. Disco and cognosco vs. educo.

(E)duco is fine for military troops or slaves or domesticated animals. I find it inappropriate for thoughtful human beings. And that’s why I don’t like the word “education.” YMMV.

We are discoing every moment we’re alive and we’re cognoscoing things we find attractive or interesting (per amicitiam). If you wanna educo me, you’d better bring some Marines cuz I ain’t getting dragged somewhere I don’t wanna go without a fight.

The writing above is on Frank's blog here: Let's disco
and the original question is here: 20 Unschooling Questions: Frank from Seattle, WA 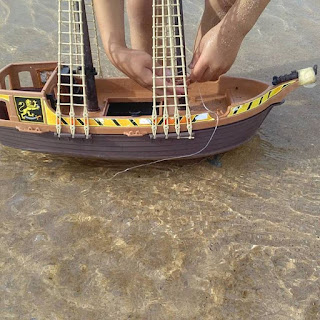 Phrases to hear and avoid