The Adventures of Holly Dodd in East Yorkshire

Miss Holly Dodd, eight years old, of Albuquerque, New Mexico, spent three weeks in Kirk Ella, a small, obscure little town near Hull (which is a large obscure town near York) in England this June. She was accompanied by her mother, Sandra Dodd. They were visiting Mr. and Mrs. Leon McNeill, usually of Albuquerque, who are living in Hull while Helene McNeill (the mom) studies medieval history and archeology. Holly went to visit her longtime friend Jasmine McNeill, formerly a student at Monte Vista Elementary.

Holly visited St. Andrew's School in Kirk Ella, which Jasmine attends, on three different days. She wore a uniform as the other children did. These were three of out of four of Holly's only days in school thusfar, counting half a day once visiting Monte Vista.

While in England Holly was also (politely) accosted on a street corner and in a playground by girls about her age asking her VERY many questions: "Where do you go to school?" was always the first one, followed by "Where are you from?" Then they would go back to "What do you mean you don't go to school!?"

As we weren't in London or another touristy town, it was apparent that we were foreigners, and Holly was often interviewed intensely. Other parents told her and me, "Oh, homeschooling isn't legal here." I know for a fact it is, I could have quoted their laws and given them a website and a mailing list to join, but I opted to say true but less intrusive things such as "Well it is, but not so many people are doing it here yet." I was on vacation and not on duty as a homeschooling missionary as I so often feel myself to be here, so I gave the short answers.

To make the vacation restful and fun for an eight year old (as we were the only two of the family who went), one of our main activities was going to markets which included car boot sales. Different towns and neighborhoods have different "market days," and these markets are quite a bit like the flea market at the state fair grounds, but with meat and fish being auctioned, and lots of fruit and vegetable sales. That's the market end of it. Then there is "the car boot"—boot being our "trunk"—and people set up tables and sell their junk.

Holly learned the money more quickly than I did, and she could understand people's accents more quickly and easily too. We were there three weekends, and so in addition to the money she had saved up, she was getting her allowance in pounds (four pounds making the six dollars she usually gets), and at the end of the trip she still had money.

Junk in one country is not the same as junk in another. Some of this stuff was wonderful. We learned as much from asking people "What is this for?" as we learned from all the tourist brochures and booklets and historic sites we saw. We heard people's accents when they weren't being tour guides or otherwise working with the touristing public. We saw people interacting with their children in very everyday ways and places. We ate local food. Yorkshire pudding isn't pudding in any way whatsoever (by our standards)—and it's something pretty wonderful. We saw a Yorkshire Terrier in Yorkshire. We ate crumpets and clotted cream. 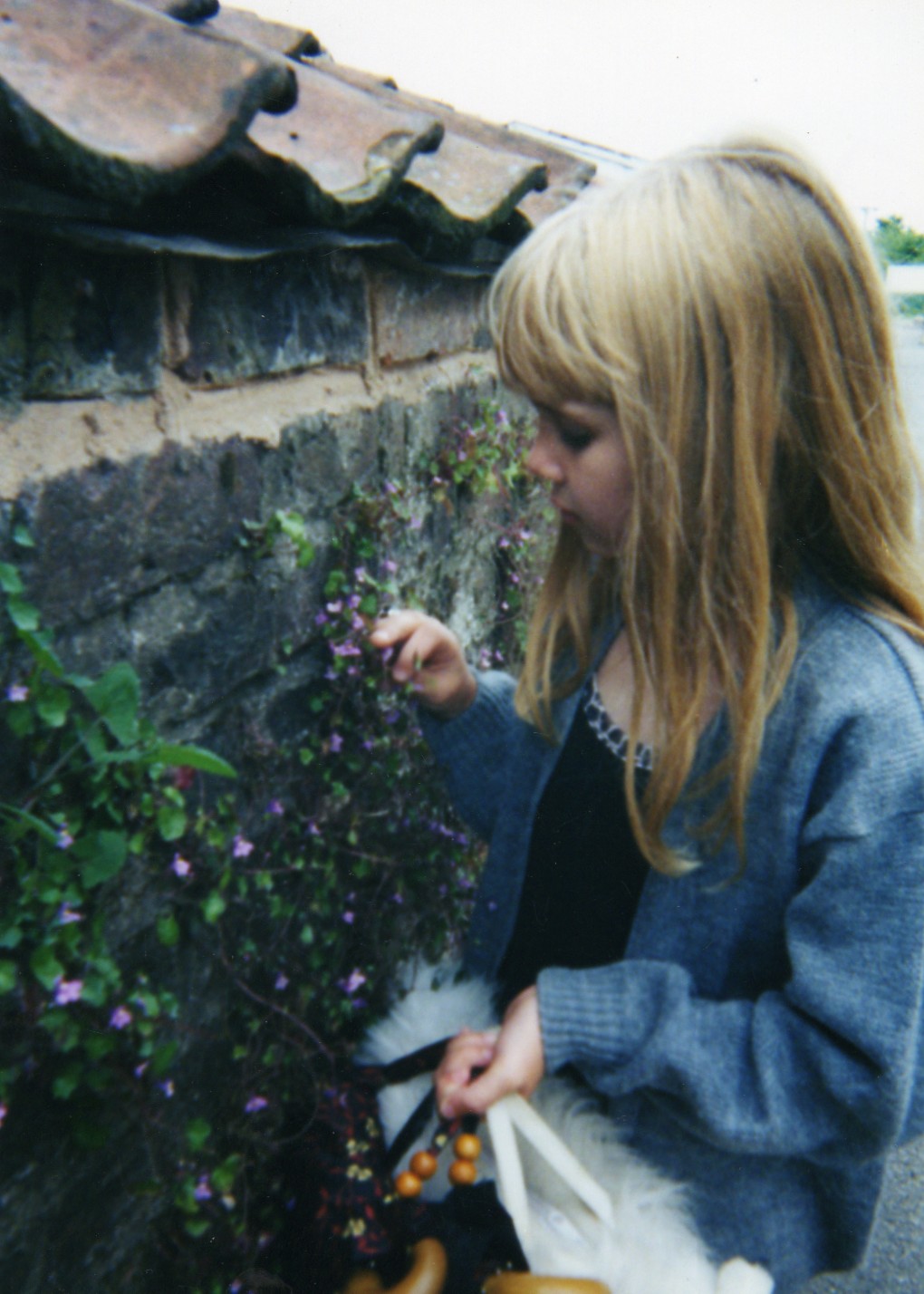 Holly wasn't interested in the minsters or cathedrals or the castles. She tolerated some touristing and didn't whine about museums much, but when I saw the extent of her boredom I changed plans. I could have pressed her to look at things she didn't understand, but I've been there before and have seen those things. I needed to spend time with Holly at her level more than I needed to see yet another whatever-it-would-be.

Flash back to late April, weeks before we left on the trip: Holly said, "Mom, is Cats still at the theatre?" meaning live to see, somewhere.

I said, "I think it's closing in New York in a few months. It will only be in London then."

Holly looked at me politely and said (as politely), "London, England?"

Slowly it occurred to me that I had failed to consider one of the best things about going to England—taking a Cats fan to see Cats. So our one expensive plan was to see Cats, and we did. We got to sit in the second row at the matinee the day before we left, and it was just about indescribably glorious. If any of you get to London and get to see this, just do it. You will not be sorry. Even if you have no idea what Cats is about, go. Holly will tell you all about it before you go if you want an intro and a "Cats appreciation" preparatory.

We stayed long enough in Kirk Ella to see the same people twice, to go to the our favorite places a second time, and for Holly to get to know some of the girls from the school. She and Jasmine spent the night at the home of a girl whose father is from Scotland and whose mother is Malaysian, and they all went to the circus, and to a swimming pool, both of which were exotically different enough from American pools and circuses that she was thrilled and will remember for a long time. The girls found a hedgehog crossing the road, and they took it home and fed it and put it in a safer place. Holly adds later, she got to take a tick off a hedgehog; that doesn't happen to just anyone.

When Holly was unable to get into a pub after 9:00 to hear an Irish band (friends of our hostess), the band agreed to come to the house for their next rehearsal and so Holly got to watch them close up. English homes are small, and we opened the drapes to watch Holly and Jasmine dance in the garden to the live pipes and tinwhistles and drums. 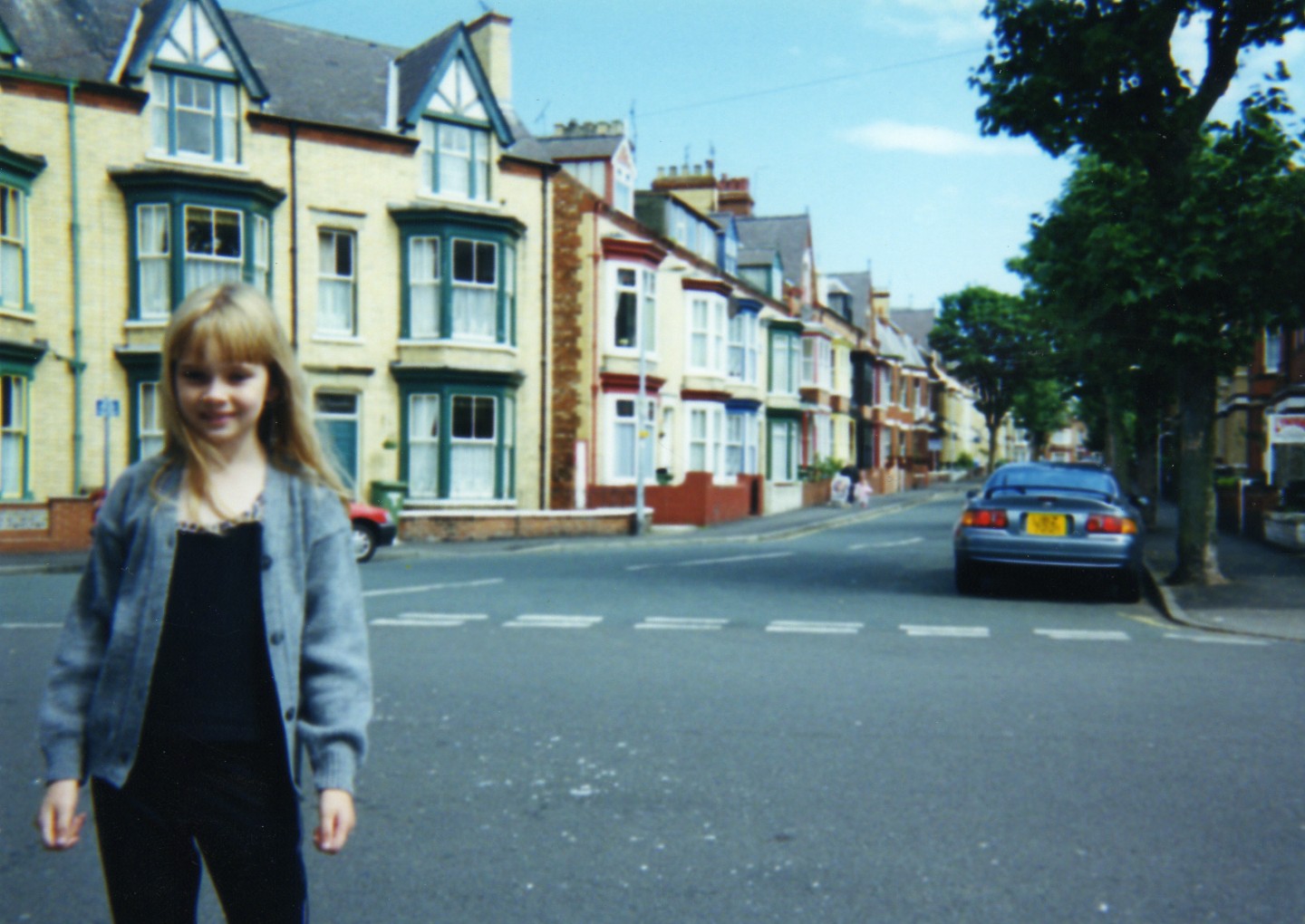 I'm glad we had friends living in England and I'm grateful that my husband was willing to stay home while Holly and I spent some of his hard-earned money. I'm glad our housemate Wendy was able to stay home with Holly's brothers so I didn't have to worry about them. I'm glad I knew enough to compromise with Holly on activities instead of trying to drag her through all the things I would have liked to have done and seen had I been travelling alone or with an adult or teen. We were a team, and were on vacation together. Because we stayed in Kirk Ella, it was more like she actually lived in England for a short time rather than zipping through looking out the windows of tour buses or staying in various different hotels. When I was her age I had been from west Texas all the way to New Mexico, and that was it. When I was twice her age I had added Colorado and California to my world. Holly has been in eighteen states or so, Canada and now England. I'm thrilled to be able to give her more than I had as a child, and to give her the real world instead of schoolbook peeks into the real world. I hadn't even seen Carlsbad Caverns until I was grown, and we had (and visited) relatives in Carlsbad!

On behalf of the child I was, and of others like me, I would like to ask you all to slow down and think of what your child hasn't seen and might like to see. Within your means and schedule, what can you do with and for them that will open the world up? Have they seen the Rio Grande from somewhere besides a car window on a bridge? Have they camped in the Jemez? Have they been to Santa Fe by more than one route? Have they been to Bandelier? White Sands? Coronado State Monument? A prairie dog town in a vacant lot on Juan Tabo? I recommend a child's-eye-view vacation.

I trust we will have many more adventures in years to come, even if we never leave Bernalillo County. The best thing about the trip to England was the closeness and love between my sweet daughter and me. I'm glad we went, and I'm glad to be home. I'm glad to be with Holly.

More on Holly including Holly's 2005 visit to London, HesFes and France.