Order of the Laurel, AElflaed of Duckford 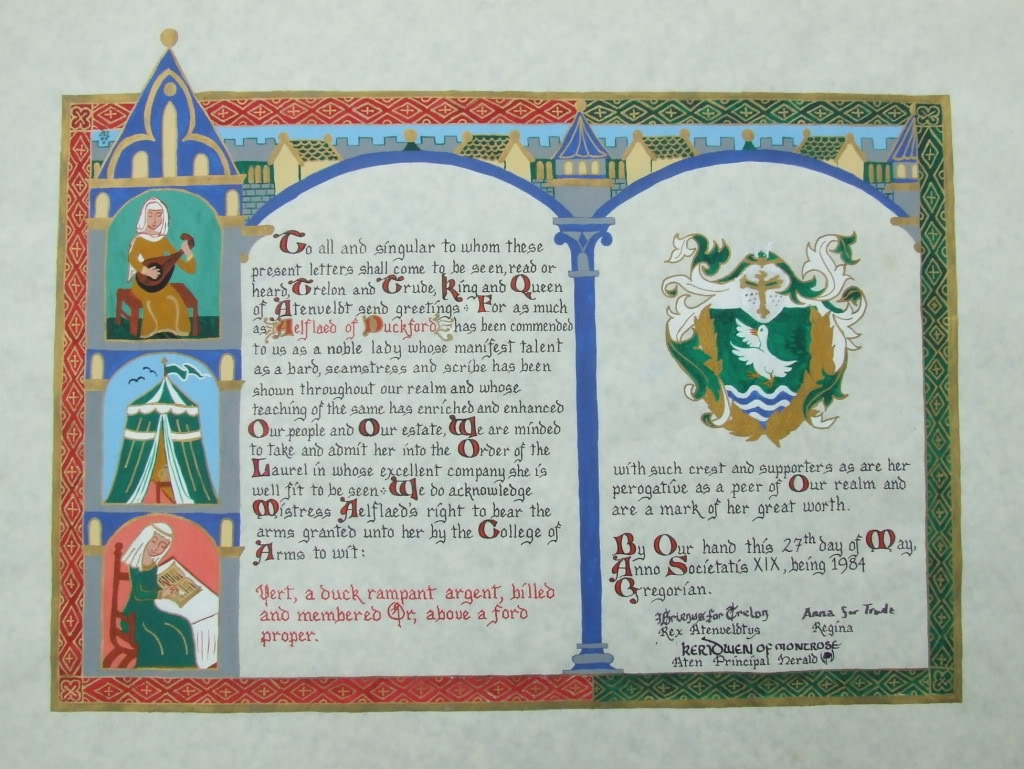 The scroll is by Mistress Monika von Zell.
(This is an imperfect photograph. I hope to get a better one, or a scan.)

I don't think there's a photograph of this award being given. It was at a night court at Outlandish, at Cedro Peak Campground, when Trelon and Trude were king and queen. Gunwaldt was off patrolling the site and missed it, but I walked up the road in the dark and told him "They made me a Laurel," and I was sad that he hadn't seen it. Artan remembered it clearly later, even though he didn't know me at the time. Because in Atenveldt in those days they just made a peer without vigil or preparation, there's not as much to report as Outlanders have after their offer, vigil and special ceremony.

The scroll came later and didn't live in the dirt at Outlandish, which is very good. It's a beautiful scroll.