Safe on the Couch

My middle child was born an angel, with white hair and a sweet disposition.

Just look at this face. Yet he grew up to be a man who does and reads what he wants to, and the devil possessed him (on his lunch break, I think—Marty's lunch break, not the devil's) to send me this link to dark damage to children.

Oh should I have kept him away from video games all those years? LOOK at that face.

I was set up. I've been used. Must barricade the doors. 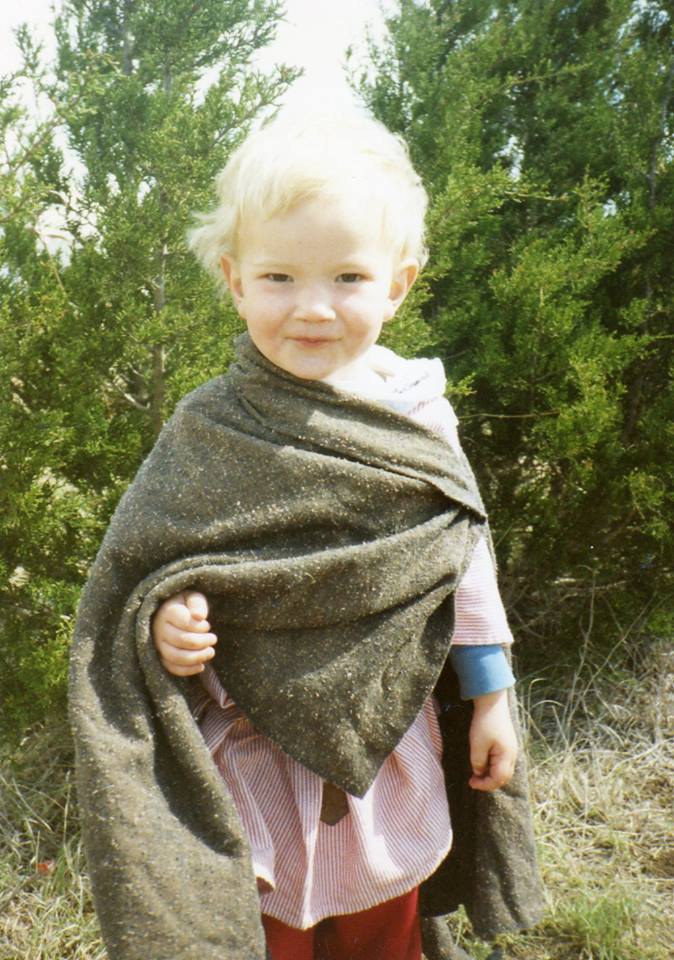 Marty likes Cracked.com, which has gone from being a goofy humor magazine to a humorous but thoughtful source of commentary. In this article about how Grand Theft Auto affected a player, the dad wrote:

He was on an early mission that required him to drive alongside a semi and catch someone as they jumped into his car. I was in the other room, researching something testicle-related for Cracked, but I knew he was failing because I could hear the same character conversation over and over again as he repeated the attempts. On the fourth try, he couldn't take it anymore, and he said under his breath, "This is stupid."

It's a great example of something I have said for years, when parents come and declare that a child is doing violent things in "violent video games." I've said "Isn't he sitting on the couch at your house?" Some of the comments the day that was posted on facebook:

As Xander has been playing Grand Theft Auto 5, I've written down some of the things he's been learning:

1) choose your friends, co-workers carefully
2) how to buy and sell stocks
3) some yoga poses
4) new vocabulary

That's doesn't include the conversations brought up by the talk radio playing in the stolen vehicles.

You might like this one about the perils of video games & errands :-)...
Are video games influencing our children to run too many errands?

About errands, I've seen it lots. Kids will cross the desert to get something, or do something. They will wash and feed imaginary cows to get an imaginary horse.

There was also a spider-killing element of the article, and my response about that has been put on the page about instincts.

Escapism isn't a bad thing.
Relaxation is a great thing.
Taking in stories and ideas is a healthy human thing that's been happening since cavemen sat around fires (or since Adam and Eve started comparing notes about what they might've seen or eaten that day, if you prefer that).

That above was from a post at Radical Unschooling Info. It's my writing. I also commented:

I hope to find and add other times when someone went off on kids being stuck/glued to a game or show, or couch potatoes, or whatever, and I reminded them that those kids *could* instead be down vandalizing something or hanging out too late in dangerous places, but there they are, home on the couch.

Yep. My husband just remarked last week that whenever he gets a little worried about our 12yo son spending most of his days at home, and almost all of his time with us...he remembers that when he went out unsupervised at 12yo, he was mostly killing time because being home was not preferred. And often he and his friends were up to no good!

We didn't know each other in our teen years, but had several crossing of paths. One was one day my favorite riding trail was blocked by a long line of saplings cut down just so, to block my way. I was so mad...for the saplings, and that I'd need to come back with tools to clear my path. When sharing stories many years later we realized it was him and his friend that decided to that one day because they were bored. They weren't allowed to watch tv at home during the day, and to play video games an adult needed to take them to an arcade.

Deb Lewis, of the effect of television on her son:

I can't think of any unpleasant thing he's done as a result of being influenced by TV. He's never beaten up other kids, stolen anything, wrecked the car or knocked over a convenience store. Doesn't lie, drink or smoke, doesn't take drugs, hasn't joined a gang. He hasn't damaged other people's property, kicked a dog, lit a cat on fire.
(the longer original)

In every single case of any human having done any of those things since television was invented, UNIVERSALLY the world would have been a better place had that child been watching television at that moment instead of damaging life and property.

Television would have saved MANY young people from the justice system. It still could. Television can save all juvenile delinquents if their parents will just MAKE THEM WATCH TELEVISION!!!

For those who stole, lied, drank, smoked, did opium, joined gangs, kicked dogs before 1950.... wait. Are we sure any of those things happened before television was invented? I don't see how, without the influence of television, any person would get any bad ideas.
(original)

Reality as an environment for unschooling
(SandraDodd.com/reality) Without remembering I had created this page, the writing came up in facebook memories and I made another page. I'm going to leave both, though, because this one leads toward kids being safe, and at home. The other leads toward Grand Theft Auto.