In a chat once I was asked what I meant by "calm." 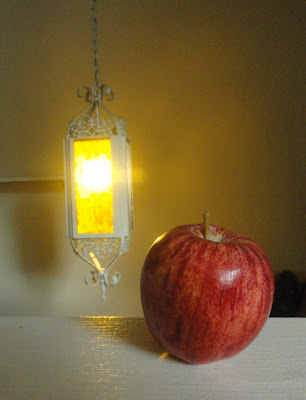 Calm is calm. Not frantic, not excited, not frightened or frightening. Calm, like water that is neither frozen nor choppy.

Calm is possessing the ability to think, to consider a situation without panic.

Calm is not perpetually on the edge of flipping out.

I went to the grocery store alone. It was crowded and people were moving fast, but were calm and smiling. I saw three young children. Their relatives were being very sweet to all of them. In other families, older kids were being helpful.

On the way to my van, a man who was 35 or 40 was happily riding the back of his shopping cart down the hill toward his car, with the wind blowing his hair.

On the way home, I thought of the cutest thing I had heard. A young mom had been holding a toddler, and he said something and touched her mouth. She said, "Monkey?"

He indicated that she was right.

And he was. He was very happy.

So easily, we can tip two degrees over into the sorrows and fears of the world. Without trying, we can fall into a pool of despair and take our friends and families down with us.

Not everyone can be happy today, but if your child is whole and well, for one moment or for ten do your part to help him be as happy a monkey as he can be. 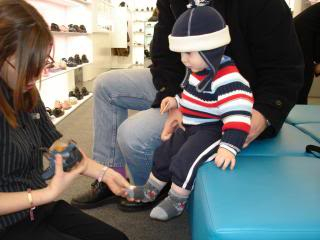 Why Gratitude Makes us Healthy
photo by Julie D

In 1997, someone asked how unschooling moms stayed patient.

Other moms have told me they think I'm patient. It makes me feel guilty because I have the internal list of all the times I've blown it, but a few things have helped me.

The biggest was Adult Children of Alcoholics, an al-Anon group. I went to meetings for four years and learned a lot of calming and encouraging things. One of those is to remember what I wanted and needed as a child. Then I try to give those things to my children. I don't mean toys or books. I mean listening, and smiling, and joking, and letting them climb on stuff even if it made me nervous, and not making such strictly-to-the-minute rules like "be back at 5:45 or else" and other arbitrary control-junk. One of the quotes/sayings from that learning-time is "How Important Is It?" and thinking that little mantra can help a ton all by itself. If we waste our energy and our relationship with our children on how they wear their socks and where they keep their toothbrush between times, there's nothing left for important things. I try to save it for important things, and I try not to be the defining judge of what's important. There are things the kids consider very important, and I force myself (at first, until I calm myself and remind myself to give) to pay attention to their stuff too. No "That's nice dear" while I ignore them. When it happens, occasionally, that I've done that, I feel bad and I sometimes go back and say, "Tell me again about that game. I'm sorry. I wasn't really listening."

Next biggest influence was La Leche League. There I learned that children have within them what they need to know, and that the parent and child are a team, not adversaries. It reinforced the idea that if you are loving and gentle and patient that children want to do what you ask them to do, and that they will come to weaning, potty training, separation from mom, and all those milestones without stress and without fear if you don't scare them or stress them! Seems kind of obvious, but our culture has 1,000 roadblocks.

From having studied meditation and Eastern religion, I learned the value of breathing. I think what it does is dissipate adrenaline. I remember in the 1960's and early 1970's it was Big News that yogis could *actually* slow their heart rates at will! WELL duh. People had been doing it in church (those who cared to actually "be still and know") for hundreds of years, but nobody thought to wire up contemplative Christians. When people (parents or kids) are agitated and are thinking for a moment that something has to happen JUST THIS WAY and RIGHT NOW, breathing helps. Deep breathing, slow, and full-as-possible exhalation. This is, in Western terms, "count to ten." Calm down and let the adrenaline go. Some people have biochemistry that's not easy to control, and some people count too fast. 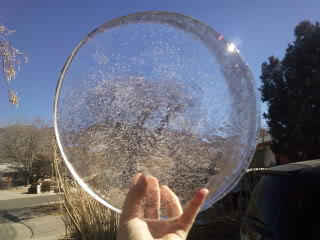 SandraDodd.com/parentingpeacefully
(read aloud as an intro, in the recording at the bottom of the page)

Please take time for reflection. Take time for your mind to be calm and quiet. Take time to be open to input, not busy creating output. Don't respond, think. Take the ideas and let them "be" in your mind and go spend lots of time with your children and consider and observe how the ideas might play out in your own home with your own kids. 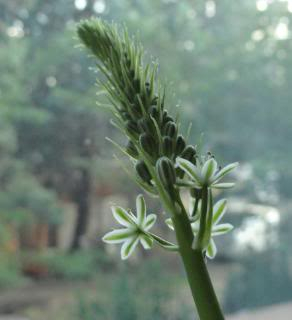 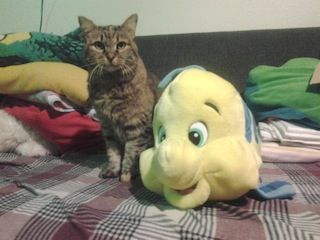 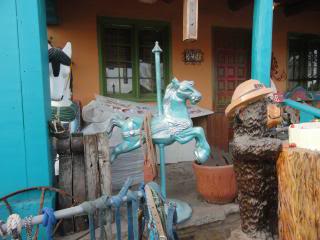 Learn to be content with your own puzzlement, and to nurture the puzzlement around you. It's okay not to have all the answers, but to let the questions confuse you for a while as you move in new directions.

You might like SandraDodd.com/gradualchange
(the quote is not from there, but it's related)
photo by Sandra Dodd

Calmer than I used to be

Wednesday, July 13 was my day to return home after two months in the UK (with a side trip to France). I expected one long day with Albuquerque at the end of it, but I'm in Atlanta. Tomorrow I'll be in Albuquerque. 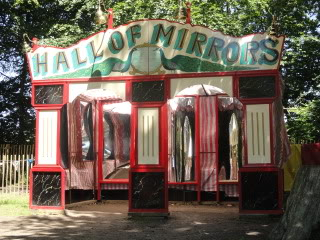 I was grateful, through the confusion and delays, that I wasn't missing something like a wedding rehearsal or a graduation or a speaking engagement. This is a good night for me to be in a hotel in Atlanta, I guess, as unexpected outcomes go.

During the announcements and confusion, I was calm and sometimes amused. Some other people were taking it in happy stride, too, and that kept the mood of dozens and hundreds of others happier.

The peace and safety of my children, even though they're young adults, was running through my mind, and what could go wrong, and what if one of them makes a bad decision, or an awkward mistake, or forgets to do something, or...

Then I remembered what I was doing at their age, each of them. Most of it ended up needing to be undone, or recovered from. But I remember, and those things informed my decisions ever after. 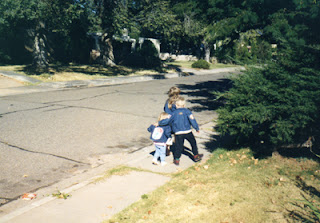 An agitated mom won't help any of us. And the agitation didn't show. It was nothing but thoughts racing and tumbling, tighter-than-necessary muscles, so early in the morning.

I made moves to calm myself, and to take several small positive steps. Breathe. Put clean cutlery away. Fill the birdfeeders. Feed the cat. Check on Holly, who isn't feeling well and was muttering in her bed.

And I began to think of things to be grateful for this morning. My children are alive and healthy. They are thoughtful and energetic. We have seed to give birds, and food for our cats. Holly has a good pillow and warm covers. She will feel better.

I can breathe and be still and not be knocked down by thoughts. Thoughts can lift me up. I can turn down the volume. I can switch channels. 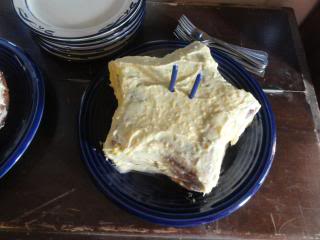 Looking forward to thinking back

There is no substitute for being authentically "there" for them—for genuinely trying to help them resolve problems. For putting your relationship with them at the forefront of every interaction, whether it is playing together or working together. 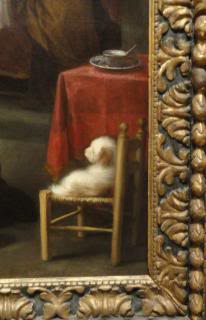 One interaction at a time. Just make the next interaction a relationship-building one. Don't worry about the one AFTER that, until IT becomes "the next one."

Being with children, being present, being calm