With Artan, his knight (who was King then) at al-Barran Midwinter (2006)
photo by AElflaed 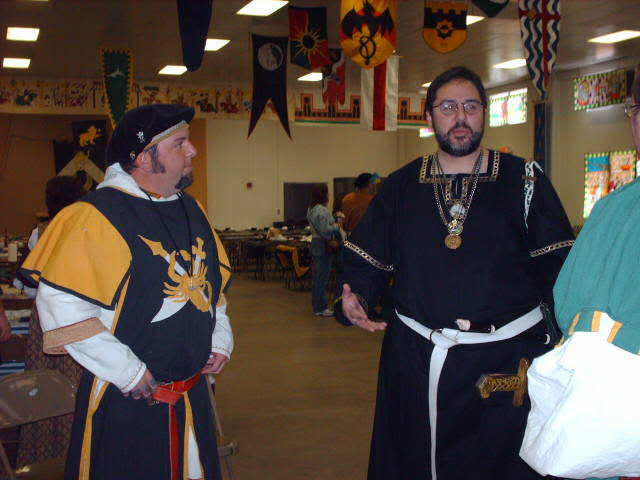 With Anne Bigod at the Crown Tournament Mordygan won, March 2007
photo by Karl of Gulbjorn 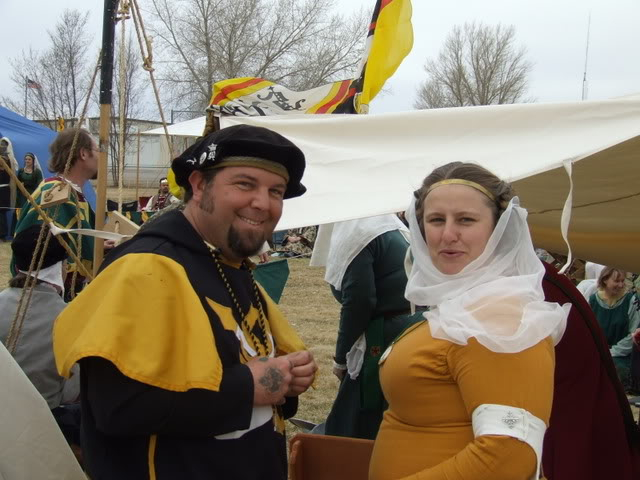 Captain of the Baronial Guard, with Sir Gregor, the Baron of al-Barran, at March Crown.
Photo by Sir Zachariah de Kane 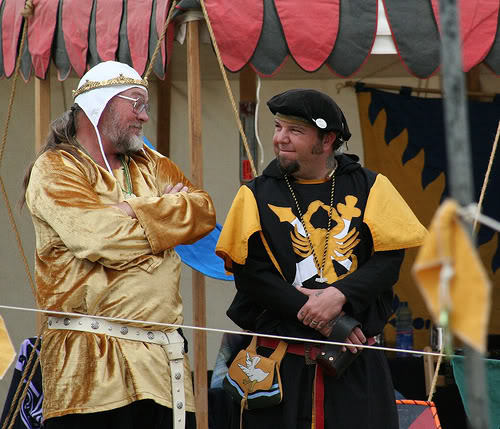 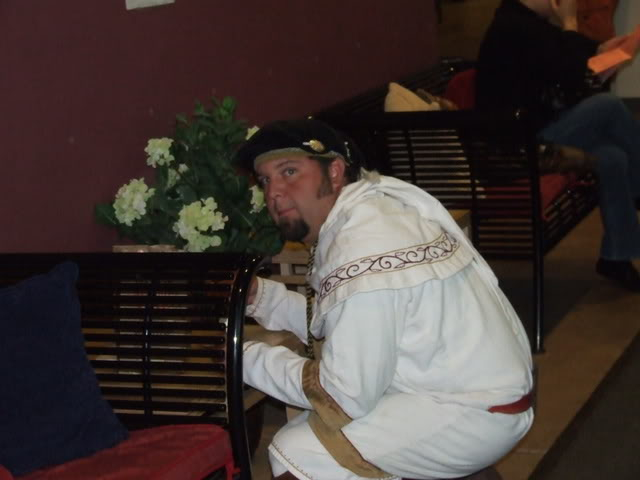 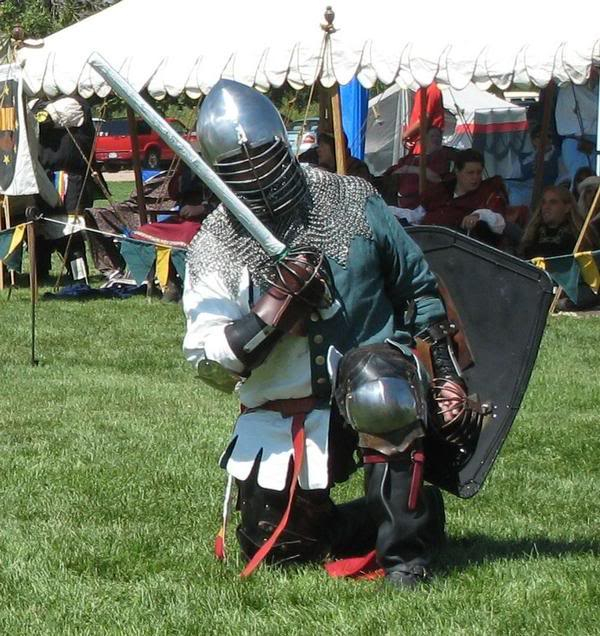 Crown Tournament, September 2007
Photo by someone, on Charles' camera 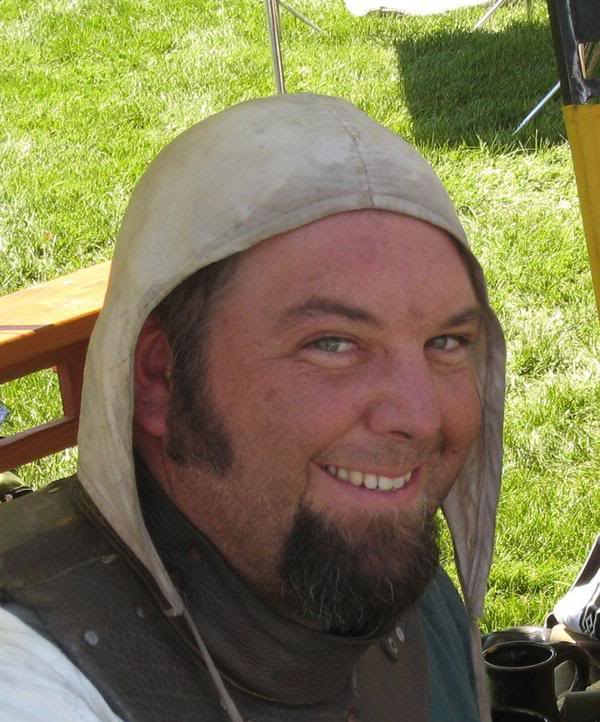 Links to other Dermod photos: at Crown, 3/10/07, with Gwydion and Bardolf (photo by Kata Hrafnsdottir of the Darksun or Kateryna Fury)

Maria Elena and Ben at their wedding reception, with Holly and Sandra Dodd (2006)